James Cameron returns with the second part of Avatar, once again placing 3D cinema on the table. Will this be the final one? It gives me no.

Cinema was born silent, in black and white, in (almost) square format and in 2D, and from the first day its intention was to make it sound, in color, panoramic and in 3D. The 20th century had not yet arrived when Edison had already created the kinetophone, which synchronized sound and image. It was synchronization problems that held sound cinema back, but the intention was there from its birth. The first color films were also silent, as color filters were already being experimented with in 1901. The panoramic cinema? Take a look at the napoleon by Abel Gance (1927) that you will freak out.

A technical innovation leads to a change in the cinematographic language. The case of sound is the most obvious. In fact, it completely changed the way you tell a movie. Not only because the information was now heard instead of read, he thinks the sound may be showing something outside the plane, enriching the information the viewer receives. Typical example: In a movie, the victim can hear the killer’s footsteps without being seen yet. This in a silent film was impossible.

But sound completely changed the use of blueprints. The shot-counter-shot, which is almost 90% of the footage of any film, was born with sound. The mute didn’t exist for a very logical reason: What was the point of showing the first shot of one actor talking and then the next one… if none of them were “talking”? By the way, sound would greatly enrich the narrative possibilities of cinema, however it also lost the wealth of shots that silent cinema had. Things as they are.

The implementation of sound, as we said, is the most obvious tool, but not the only one. The panoramic format allows the director to show more elements on screen and requires composing the shot in a different way. Color can be used symbolically, psychologically, or in a thousand other ways (see the history of painting on this). Three-dimensionality is no different and you can’t shoot a movie in this format like you do in 2D. Three-dimensional cinema adds visual fatigue to the viewer. The director must know that the shots must be longer and static and that in the transition from one shot to the next, the elements on the screen must be more still. 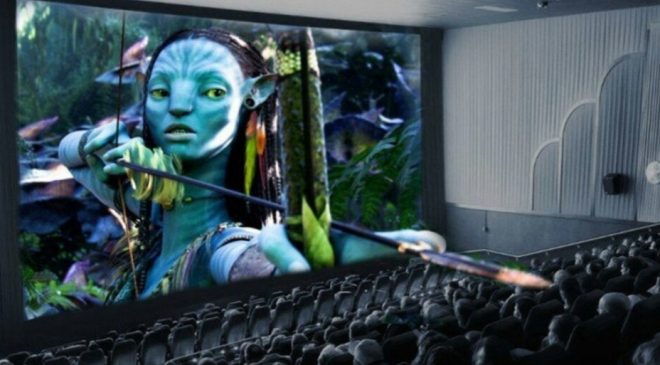 A clear example is the “failure” of the Nintendo 3DS video console, which in the end stayed with Nintendo 2D because it made your head go crazy with everything moving on the screen. This happened in action films that were converted to 3D, as they created chaos in the reception of images of the spectators because they were not designed to be viewed that way. In addition, he currently needs glasses that subtract light from the film. If this was not considered when shooting the film, you put on the glasses and see nothing.

In other words that is: 3D needs a new language and if you don’t shoot with that language, the film doesn’t work. Cameron understood it perfectly and together with Gravity they are the two films that founded 3D cinema… but every year we returned to 2D cinema. Imagine if sound had become a passing fad and the public would be asking for silent cinema again a couple of years later.

What is all this for? What when a technical innovation is here to stay, its success is immediate. The first in 3D was, of course, silent. In 1922 it premiered The power of love with the dulleres system of one red lens and the other blue. It was an absolute failure and was only exhibited for one day. At the same time, it was released in 2D. It wasn’t until 1953 that he tried to make a big comeback with The house of waxbut it is obvious that it did not curdle. Final Nightmare, Freddy’s Death implemented 3D in some dreamlike scenes. The idea was cool… but it wasn’t until 2010 that three-dimensionality was tried again as the cinematic standard. And nothing, that there is no way.

The sound, the panoramic format and the color were curdled at first. 3D doesn’t. It has never managed to become the default languagerelegating 2D films to the market of what is anecdotal (as is today the square format, black and white and even silent. Because yes, silent cinema is still being produced today… Because there are still directors who they know that the silent is the cinema!)

So no matter how hard Cameron tries, it won’t be until China conquers the world. So that you don’t ask me why, in China, 3D cinema is the majority.