The return of bronchiolitis “from tapadillo”.

Medical warning for which Dr. Manuel Sánchez Luna, head of the Neonatology Service at the Gregorio Marañón General University Hospital in Madrid, recommends, bluntly, that babies are especially protected, above all those born prematurely or with cardiac and pulmonary pathologies.

“Now that we don’t use masks at a family and social level, that both hand hygiene and disinfection or interpersonal distancing are declining, public gatherings are abundant again, this is when we must be absolutely aware of the fragility of our sons and daughters smaller”, he emphasizes.

“The respiratory syncytial virus (RSV), causing 70% of bronchiolitis, will force the urgent hospitalization of up to 3% of affected babies; some of whom, in the most serious cases, may die due to respiratory difficulties, immunological problems or congenital heart disease”, emphasizes the also president of seNeo.

The respiratory syncytial virus“an old acquaintance of paediatrics, neonatology, pulmonology and cardiology since the 1950s”, belongs to the family of Paramyxovirusas are the measles and mumps viruses.

In the Northern Hemisphere, outbreaks occur between November and April. In countries like Spain, the highest incidence occurs in the months of December and January.

“Year after year, clinical experience convinced specialists that this virus caused respiratory problems not as mild as initially assumed, but sometimes very complex, especially in babies less than one year old, especially less than three months old ”, points out the galleon from Madrid.

The virus is transmitted by droplets expelled by an infected person during breathing or after sneezing. This microorganism enters our body through the mucous membrane of the mouth and nose or the conjunctiva of the eyes.

In addition, our infected hands and lips become vectors of indirect contagion. RSV survives for a few hours on objects, be it pacifiers, bottles, toys or the innocent crib rails.

This infection is capable of progressing in the body in three or four days, beginning its pathological action with a clinical picture similar to that of a common cold, and then, in the most severe cases, injuring the inner mucosa of the bronchi and bronchioles , causing the famous bronchiolitis and also pneumoniano less well-known.

In babies, particularly during the first three months of life, the capacity of the pulmonary system is systematically reduced, generating respiratory difficulties that may require hospitalization and the need for a advanced life support: in the last ten years, 20-25 out of every 1,000 boys and girls.

These cases are the ones that cause serious problems at a pediatric level during the winter months, becoming a real danger for babies with previous risk factors: prematurity, breathing problems (bronchopulmonary dysplasia) or congenital heart disease, critical at birth and, especially, immunocompromised babies. 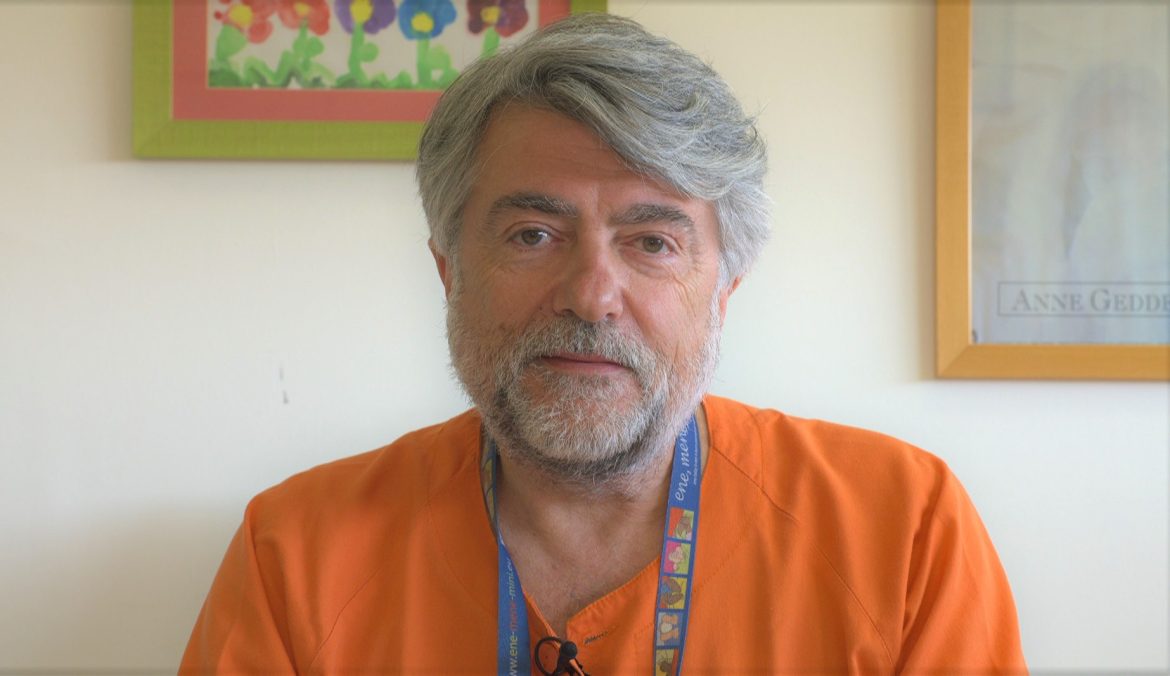 “For these groups of babies, we have had a very effective monoclonal antibody (gammaglobulin) for 20 years. With this passive, preventive immunization, which is administered monthly during the period of seasonal contagion (mid-October in Spain), hospitalizations for bronchiolitis due to RSV are reduced by 60% to 80%.”

And how has the COVID-19 pandemic influenced the transmission of respiratory syncytial virus?

“The SARS CoV-2 pandemic, in addition to anguish, pain and death, has left us some lessons that we should learn as an advanced society”, he opines.

At the 2019-2020 season“what I will call normal”, the typical epidemic picture of RSV infections was recorded: 4,578 detections were reportedwith a maximum positivity rate of 37% in the last week of the year, according to data from the Influenza Surveillance Service in Spain (SVGE).

However, in the winter stage of 2020-2021 these cases disappeared almost completely: five RSV detections among the 2,680 samples analyzed, i.e. 0.19% positivity, which indicates a very low circulation compared to previous years.

Conclusion, since the corona virus emergency and until now, the circulation of RSV, as well as that of other respiratory viruses such as influenza, is greatly reduced in the weeks when maximum circulation should be experienced, OK with the characteristics of its seasonality.

Anecdotally, other viruses, such as rhinovirus (common cold), were not affected; not really knowing the reasons.

“As a data of great interest, in the midst of vaccination against COVID-19, at the same time as hygiene measures were relaxed, in the spring of 2021 we began to detect circulating cases of RSV infections outside of winter, its natural habitat,” he says.

“To the extent that in the month of June, out of season, a beak due to VRS infection was counted (from 2% of cases in week 19 it went to 4% in week 20)”. highlights

“It made us think, given the clinical and epidemiological experience, that the winter of 21-22 could be extremely infectious and with more serious cases due to RSV, but this was not the case universally,” testifies the neonatologist.

“Families likely maintained the use of masks and stricter hygiene measures with infants and younger infants; prevention that meant that the cases of RSV infections, and consequently of bronchiolitis, were not so extraordinarily important”, he completes.

What is the expected incidence of RSV and bronchiolitis in winter 2022-23?

“This year we do not know the real impact that bronchiolitis will have on the child population, but it is very likely that RSV will behave like the years before the covid pandemic; that is to say, a similar affectation to the winter period of 2019-20”, he answers.

So, it is essential to comply with all hygiene measures around babieseven more so if they are at risk, and insistently encourage breastfeeding in order to help their immune system, which is sometimes underdeveloped or depressed.

They must be out of danger from people with catarrhal, flu or viral conditions that could infect them directly or indirectly.

In addition, closed and crowded spaces are not advisable; to make visits to the family home, in particular to the baby’s room, and even less to demonstrate affection and affection with kisses and hugs.

Likewise, smoking around children is extremely harmful to their health.

Instead, the use of masks and hand hygiene should be encouraged; much more, if possible, in the cases of babies at risk who suffer from chronic respiratory disease due to prematurity, congenital heart disease or a compromised immunological situation.

However, we should not be particularly afraid of the epidemic peaks of RSV and bronchiolitis, as we are sure that prevention of contagion and breastfeeding will significantly reduce the number and severity of respiratory virus infections. syncytial”.