The incidence of influenza detected by the Primary Care health services of the communities, with 102 cases per hundred thousand inhabitants, is almost twice that of covid-19 (59 cases), a figure that supports that the viruses flus are back this season with a bang 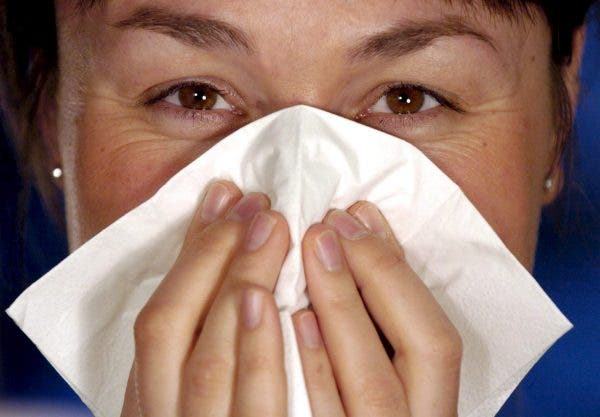 You don’t have to take antibiotics in case of flu, cold or cold EFE/Miguel Villagran

The report of the National Epidemiological Surveillance Network, with data from the Charles III Institute of Health (ISCIII), thus points out that the level of transmission of influenza detected by family doctors is almost twice as high as that of covid -19 and that in both cases they have barely dropped after the Christmas holidays, although their records are now lower than at the beginning of December.

In this way, the epidemiological impact of the flu has returned after three years of pandemic, mainly due to the lifting of the mask in April, although in both cases the hospitalization rates in the vulnerable population are similar: 1.9 per hundred thousand inhabitants for influenza and 2.2 for covid-19.

The data used by the ISCIII is obtained from the information provided by the communities that have participated in the sentinel surveillance of respiratory diseases: Andalusia, Asturias, the Balearic Islands, Cantabria, Castile and León, Catalonia, the Valencian Country, Extremadura and Madrid, as well as Ceuta and Melilla.

By age group, the highest rates of influenza occur from 0 to 4 years, with 370 cases per 100,000 inhabitants, as well as those of covid-19, which reaches 139 cases for the same proportion.

As for the rest of the population, the report maintains that influenza continues to rise, but is “declining slowly” in children aged 0 to 4, as it peaked above 370 cases in previous weeks.

On the other hand, the tests carried out by family doctors certify the trend of a greater prevalence of influenza, as the positivity rate for flu viruses rises to 13.7% and that of covid-19 drops to 7, 9%.

Test positivity for other respiratory infections such as syncytial virus (RSV), which mainly affects children under 4, reaches 9.8%.

The set of respiratory diseases on the rise

In addition to influenza and covid-19, the incidence of bronchitis, bronchiolitis or acute lung infections has also increased, placing the global incidence rate of all respiratory diseases at 751 cases per hundred thousand inhabitants .

This high level of incidence, added to the complications of Primary Care in a large part of the communities, has caused that in recent weeks the emergency rooms of many hospitals have recorded peaks of saturation and even collapse, with expectations of up to 3 days in the corridors and between 20 and 40% more patients, according to data from the Spanish Society of Emergency Medicine (SEMES).

Covid-19 and flu hit the most vulnerable

Although the level of incidence of influenza at first glance, according to Primary Care data, is significantly greater than that of covid-19, in both cases these diseases continue to hit the most vulnerable groups, especially citizens over 79 years old.

Thus, the report of the National Epidemiological Surveillance Network estimates a flu hospitalization rate, also for the second week of January, of 1.9 cases per hundred thousand inhabitants, the same as during the previous week.

As for hospitalization due to covid-19 infection, it is similar, almost 2.2 cases per hundred thousand 100,000 inhabitants, with one nuance: it decreases compared to the previous week.

The advance of new lineages and sublineages of micron, such as BQ.1 and derivatives – which is gaining ground after being detected in October – has not resulted in a greater hospital impact, since the latest indicators on the pandemic from the Ministry of Health point out that they continue to fall: 2.7% of hospital occupancy with nearly 3,500 admitted patients linked to infection “with or due to” covid-19.