One in five doctors who care for obese teenagers do not feel comfortable talking about being overweight with their patients, revealed a study by Action Teens presented at the international Obesity Week conference in San Diego, California. 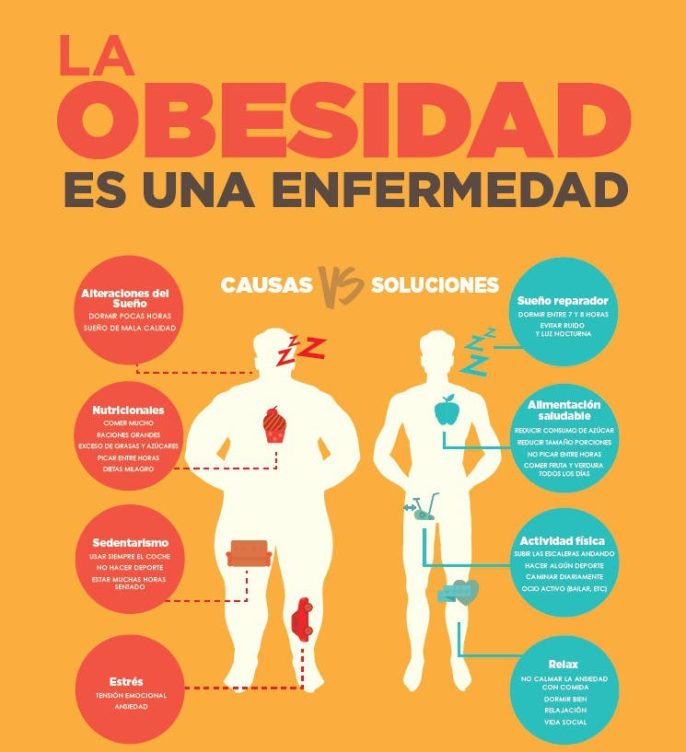 Mexican researcher Ricardo Reynoso Mendoza, co-author of the international study, told Efe that 18% of around 2,400 doctors surveyed in 10 countries, including Mexico, Colombia and Spain, said they did not feel comfortable talking about overweight with obese adolescent patients.

This attitude would result in “fewer diagnoses and less scheduling of follow-up consultations”, assessed the expert.

The finding is part of an analysis of the cross-sectional study, driven by the Novo Nordisk laboratory, to identify behaviors, perceptions and barriers to effective care of the disease, which also involved obese adolescents and their parents or guardians.

Reynoso Mendoza explained that among this group of professionals who said they did not feel comfortable talking about the subject, there is a perception that obesity and overweight are a taboo subject.

“There is this feeling that the patient will feel offended if he talks about the issue of being overweight,” he added.

In addition, around 10% of health professionals surveyed do not perceive obesity as a disease.

This percentage also considers that obesity does not generate great risks for the health of patients, indicated to Efe the endocrinologist Nayeli Garibay, who leads the team analyzing the data from the study in Mexico.

The survey identified that 87% of health care professionals surveyed, including primary care physicians, pediatricians and specialists, have not received advanced training in how to manage obesity after completing their studies in medical school.

In addition, one in three parents or caregivers do not identify obesity in their child, and nearly half (49%) of surveyed parents of obese teens believe their child’s health is good or excellent slow

Garibay believes that the information collected shows that adolescents with obesity “are not receiving the support they need”.

The survey, the first of its kind, also revealed that doctors who do not feel comfortable talking about the issue have a strong perception that adolescents with obesity “are not interested in addressing this issue”.

However, the responses of more than 5,000 obese adolescents between 12 and 17 years old showed that there is a large number of patients “hungry” for someone to offer them help on how to control their weight, highlighted Reynoso Mendoza, director of Novo Nordisk Medical Affairs.

72% of the teenagers surveyed were worried about their weight, and 85% are aware that being overweight will affect their health in the future. But only 31% felt they could talk about their weight honestly with their doctor.

15% of teens surveyed say their most important source on obesity is a doctor. For teenage girls, the percentage drops to 14% in general.

The figure is reduced to 11% when the responses of young women between 16 and 17 years of age were analyzed, emphasized pediatrician endocrinologist Martín Toro, from the research team.

The study, conducted in Australia, Colombia, Italy, Mexico, Saudi Arabia, South Korea, Spain, Taiwan, Turkey and the United Kingdom, identified that social networks and social platforms such as YouTube have become the source of ‘information on how to treat overweight teenagers who suffer from this disease.

Overall, nearly two-thirds (62%) of respondents said they turn to social media (28%) and YouTube (34%) for information on how to lose weight.

For Reynoso Mendoza the use of social networks and platforms such as YouTube by teenagers with obesity is “worrying” because there is “no verification filter” on the information about obesity that is obtained through these media.

“The scientific community and doctors need to start using these media to report with scientific data on obesity,” added the expert.

For his part, Garibay has opined that from all levels, including the medical community and governments, more initiatives should be developed to train health professionals and the community about obesity as a disease and promote healthier environments . “There is a lot to do”, he concluded.