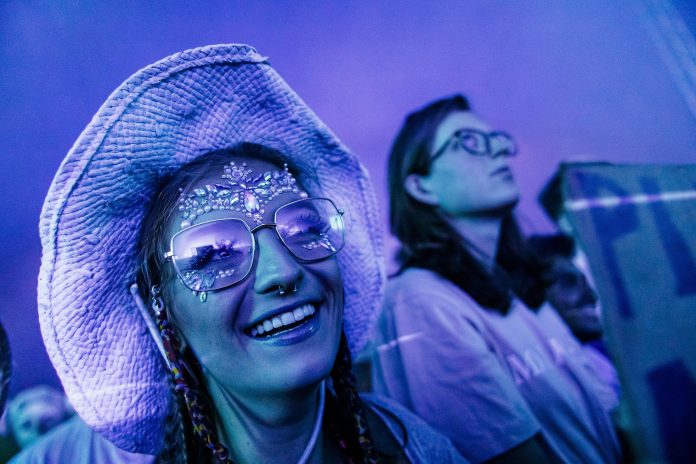 We review the fifth day of Sziget, the most important Hungarian festival in the world

Fifth day in Sziget, and the tiredness is starting to pile up, but it’s so worth it, when you have an amazing poster that makes everything fade into the background. The day started at the Freedome with a sublime program, and Kid Francescoli, was in charge of opening the best stage of the festival early on. French electronics? yes mother, put 3 kilos on me. There weren’t many attendees at the concert, but those of us who were, really enjoyed this music. On stage, a wonderful duo that fired tracks that could make us remember what we had experienced the night before with French 79, but with a more relaxed and tropical sound. If I stop, you close with a hit as incontestable as Moon (And It Went Like), then because you want more.

After this great concert, I approached the Main Stage to see Sigrid. Third time I’ve seen her this summer, and despite her eagerness, the result was the worst of the three. The audience was absolutely cold, and very unsympathetic to the Norwegian. A pity, although Sigrid always does her part. 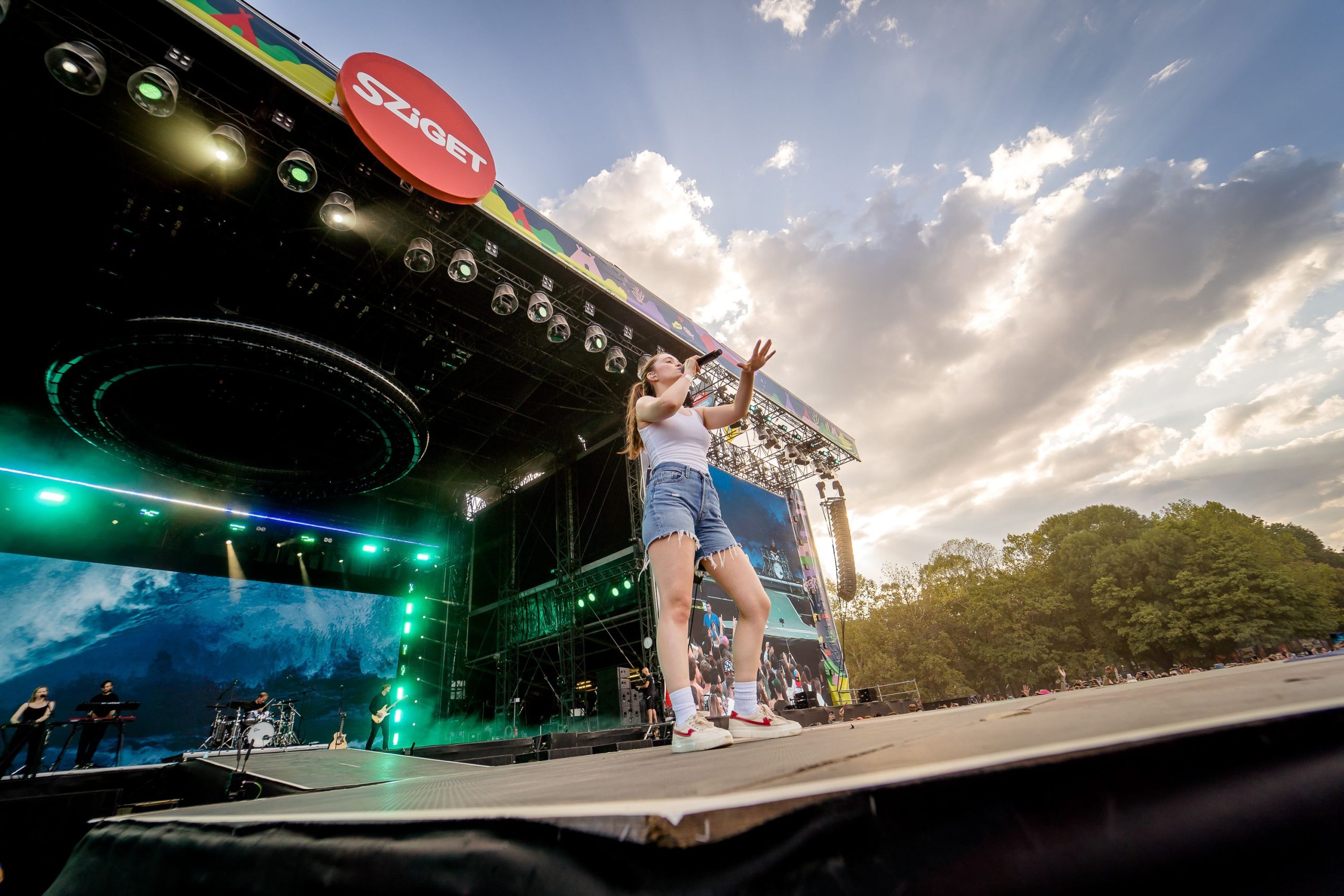 After the small descent, we approach Palaye Royale, who gave a wonderful “teenage rock” show. Choreable, catchy, and full of power tracks, which vastly improve the studio version live, left the audience speechless, in an emotional catharsis that was contagious. Another great concert to follow the day. 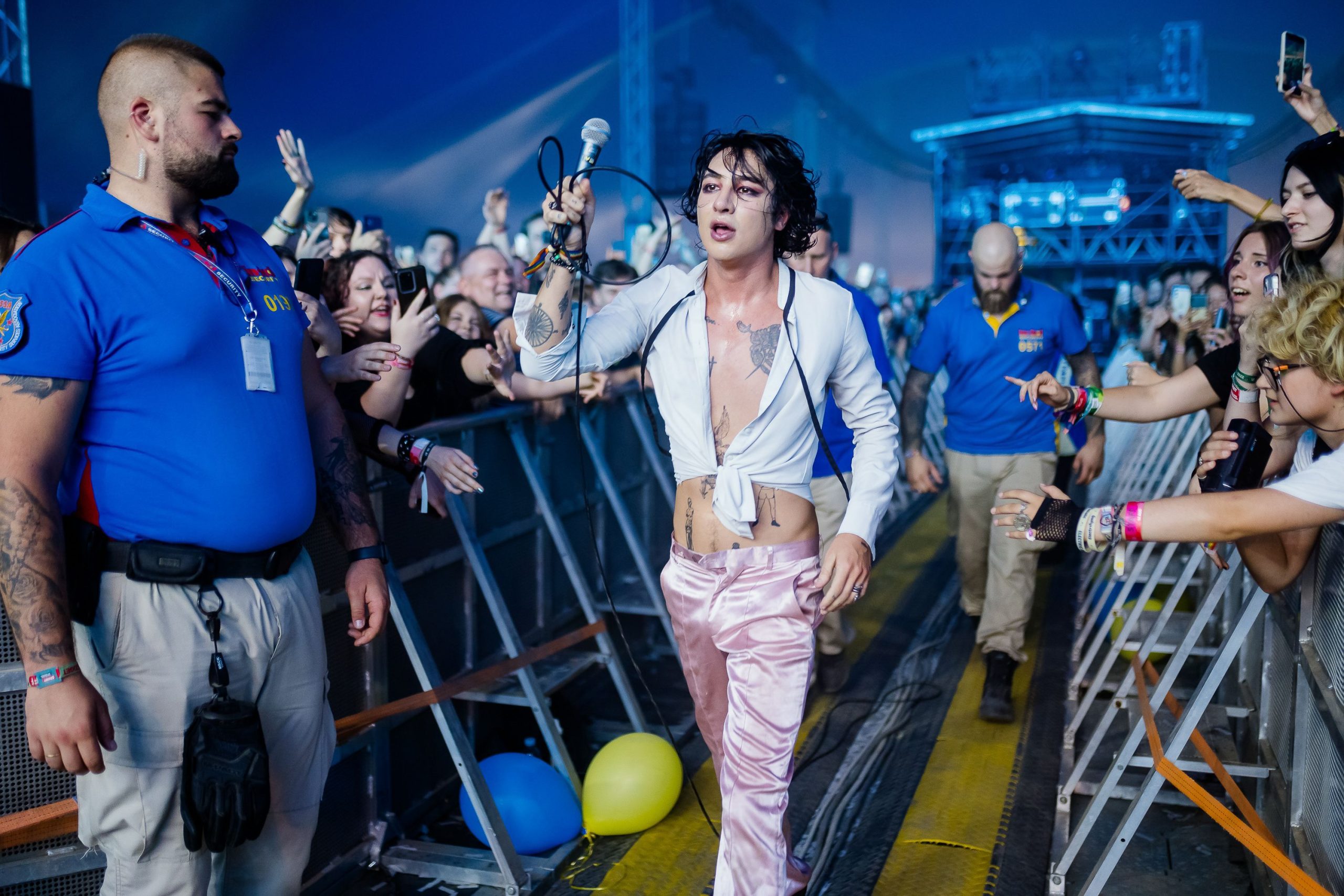 Then, on the same stage, it was the turn of the BADBADNOTGOOD, the Canadian jazz-experimental group, a group that has played many festivals I’ve been to, but the overlaps have made me choose other options. what a mistake The concert that these people did, going from jazz to experimental percussion, to post-rock, to trala noise, or even to krautrock, is one of the best I could see this year at the festival. Absolutely overwhelming, a luxury that Sziget presents proposals so far removed from what is conventional, or from the “pop” that usually reigns at the festival. More of this please.

While most were on the Main Stage congregating to see Tame Impala, a small percentage of us dissenters were at the Freedome waiting for caribou, electronics made elegant. I had seen the group at Primavera Sound before, but this was a bit of a superlative. The good atmosphere that existed in the first rows, made it an excellent concert in itself, apart from the honor roll. We all danced with each other, hugged each other, and talked, as if we weren’t strangers just 5 minutes ago. Hit after hit, Caribou pulled his most legendary tracks like Odessa, Sun or Bowls, mixed with some of his best songs from his last album, like You & I, or Ravi, to end with this generational anthem that is Can’ t Do Without. 11/10

And you might think, but is there more? Well yes, because there was another strong dish left, John Hopkins. Another one that has coincided with me at many festivals, and I had never been able to see. Their fragile percussive structures, the tender romantic compositions, or their experimental drops break sneakerswere one of highlights festival personnel. Well, it was. From the beginning to the end, 75 minutes that seemed like 10, full of anger, tenderness, and moments of trance, in the form of dances that only marked the freedom that those of us who were present felt. majestic

Afterwards, I went with the camping buddies to see a Steve Aoki, but I lasted literally 10 minutes. After this 5-star menu, like Steve Aoki, it felt imposed, boring, and predictable. So I crossed the festival again, and ended the night at Floating Points, who presented a much more danceable set than what I’ve seen them other times, although I have to admit, compared to the rest of the performances, it was the weakest of the day. But they were quite correct, within what their proposal can offer.

One of the best days – perhaps the best – that I have experienced in Sziget. Follow the music program here, please.