There are many cases in which respiratory diseases are diagnosed late, such as Chronic Obstructive Disease (COPD). Implementing the spirometry test routinely in health centers would represent an advance in early detection. 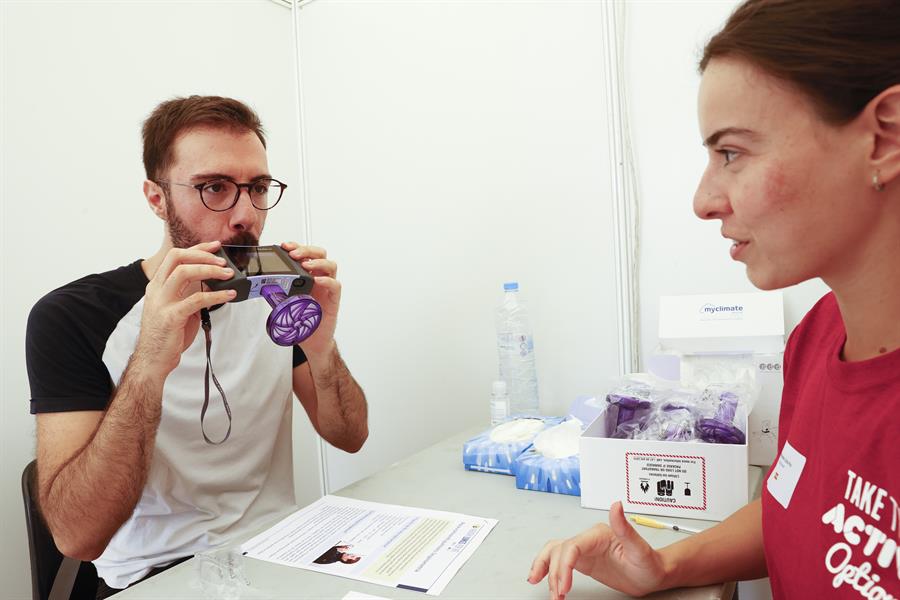 Although many Primary Care centers have the necessary tools to do the spirometrya key test for diagnosing respiratory disease, many do not perform it or lack the resources.

The Spanish Society of Pulmonology and Thoracic Surgery (SEPAR) alert on the occasion of World Spirometry Day, on October 14, of the importance of all health centers in Spain having one spirometer of quality

In the case of the centers that already have this tool, they insist that it be incorporated as part of the protocol in the routine review of patients, which would contribute to the reduction of pulmonary deterioration.

According to SEPAR, the spirometry is a medical test that is used to help diagnose and control respiratory diseases.

Through the spirometer, a device in which the patient expels as much air as he can, the test measures the air that comes in, as well as the air that leaves the lungs, in addition to the speed at which he can do so.

It is a completely painless test that requires no preparation and lasts about ten minutes.

Through the spirometry test, it is possible to detect reliably and in the early stages, different respiratory diseases with a high incidence.

As is the case of the COPDthat at 70% of the cases is not diagnosed, and of asthmawhich usually appears mainly during adolescence.

Eusebi Chiner, pulmonologist and head of SEPAR’s patient area, explains: Beyond hospitals, we estimate that more than 60% of Spanish health centers have this device. Despite this, and being optimistic, we are concerned that approximately only 20% of these centers use it regularly or in a protocol way”.

SEPAR emphasizes the importance of all centers starting to use and incorporate this test, which would represent a major advance in the detection of respiratory problems, since they could be stopped early, preventing them from developing and reaching cause more serious harm to patients.