Oncology researcher Sara García Alonso, 33, has entered Spanish space history by being chosen as a future astronaut of the European Space Agency (ESA), for now as an alternate, together with aeronautical engineer Pablo Álvarez Fernández, 34 years old, both born in León. 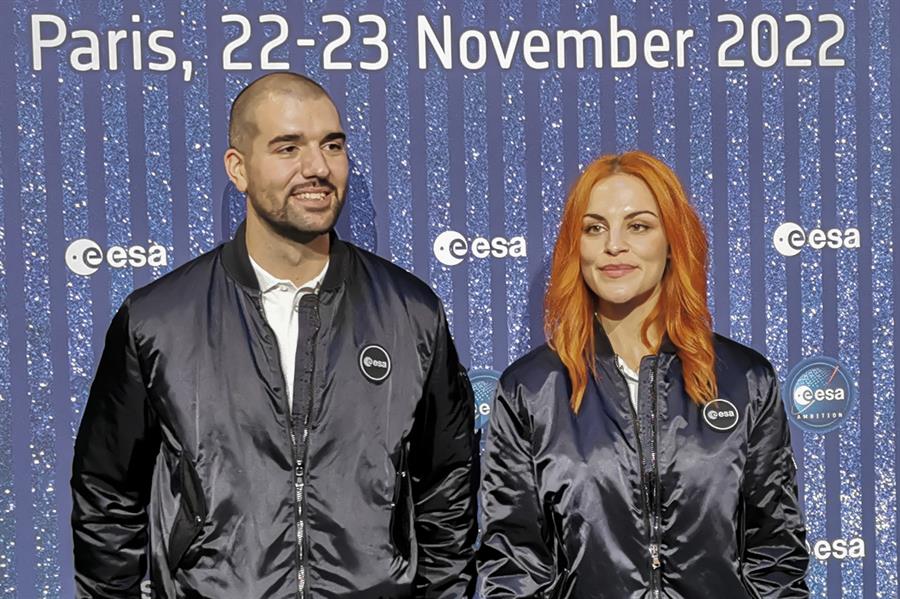 The 33-year-old oncology researcher Sara García-Alonso has entered Spanish space history by being chosen as a future astronaut of the European Space Agency (ESA), for the time being a substitute, with the aeronautical engineer Pablo Álvarez Fernández, 34 years old, both born in León.

Sara García, biotechnologist, has been the first Spaniard to enter this elite body, although as a substitute, which implies that she could participate in missions depending on certain circumstances.

Since 2019, she has been working as a postdoctoral researcher at the National Center for Oncological Research (CNIO) in a project related to new drugs against lung and pancreatic cancer in the laboratory of the scientist Mariano Barbacid.

The researcher is part of a team with twelve substitute astronauts, who continue with their previous occupations until the ESA eventually requires their services. Among these twelve reservists, there is the British John McFall, with disabilities.

The two Spaniards have been selected from a total of 22,523 applications received by the European Space Agency, of which 17,126 were men and 5,397 were women.

Álvarez is the third astronaut in the history of Spain after Michael López-Alegría (NASA) and Pedro Duque (ESA).

“I feel like I’m a European at heart, I’ve lived in several European countries,” said Alvarez, just named as the newest member of a prestigious class of astronauts of just five members, who now begin a tough two-year preparation . The Leonese has studied in Poland and has worked in the UK, Spain and France for Airbus.

Among the other four titular astronauts, there are two women (the British Rosemary Coogan and the French Sophie Adenot) and two other men (the Belgian Raphael Liegeois and the Swiss Marco Sieber).

Sara García and Pablo Álvarez experienced a “mountain of emotions” when their nomination as astronauts of the European Space Agency was announced yesterday in Paris.

“Here we are after 18 months of fighting it,” acknowledged the biotechnologist, although, as a substitute, she is aware that “flight opportunities are limited”, but she is confident that she can put on the astronaut suit for missions more shorts or technological test projects.

The girl said that one of the things that most attracted him to go to space is the possibility of doing “high-level science” in the field of biotechnology in low gravity conditions.

For his part, Pablo, the starter, has confessed that his selection was unexpected, considering that he has “a small disability in his left leg”, although not severe enough to enter the disabled astronaut quota, which fell to the British John McFall.