Sorogoyen explores suffering and pain with The Besta subtle and delicate x-ray of the human being and his past.

The Sorogoyen-Peña tandem continues to portray the miseries of Spain. In this case, they leave aside the police and political thriller to show the human being in its most primitive and despicable form. Nor will we see a big city like Madrid or Valencia, but a remote rural town in the interior of Galicia. In it, a tragic drama with shades of thriller will shake the lives of its protagonists, a couple of French people who notice how they are not well received in the village.

The Bestfirst of all, it is a film of human characters. There are no heroes or villains, just human beings acting like precisely this: human beings. As portrayed by Julie Ducournau with her brutal Titanwe are not white or black, but gray, and they are very much to blame for that the space and time that has seen us grow. These elements are essential to form us as people with the ability to reason and empathize with our fellow man. Sorogoyen and Peña write a story, like their characters, very human, full of nuances and with real and raw suffering which quickly connects with the least predisposed viewer. 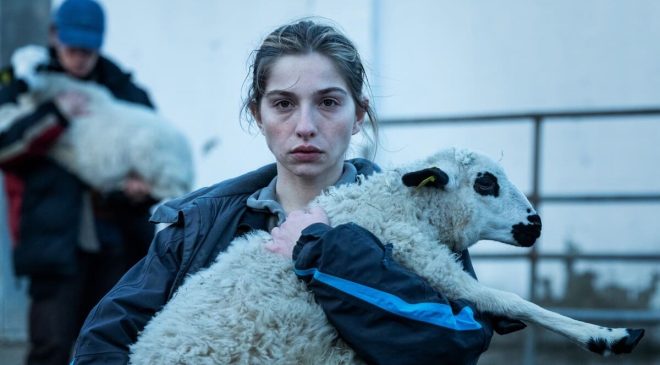 The story afterwards The Best we’ve seen it a thousand times. It could even be said that it is, along with love, the main story of the human being: the relationship between us when we are diametrically opposed. The main couple, French by origin, try to live together and integrate in the best possible way in a town that has seen sad and frustrated people grow up who have never left the limited kilometers that occupy their world. Coexistence, broadly speaking, is not bad, but it will find its biggest obstacle in siblings. These two despicable, apathetic and cold human beings are the living image of one of the basic principles of humanity: the sense of belonging.

The sense of belonging is the central axis of the psyche of the two brothers (some beastly Luis Zahera and Diego Anido). They believe that having been raised in the place where they have lived for half a century, they have more decision-making power over their lands than any foreigner. Don’t misunderstand the meaning of these lines: the sense of belonging is not bad, it is human and everything human is complex. In this case, the characters of Zahera and Anido represent his worst side. It’s not racism or xenophobia, it’s something worse, so ingrained in itself that it causes an immeasurable contempt.

This feeling of contempt for the other is given by a space, a time, a life alien to any kind of empathy or education. “We smell like shit”, Zahera’s character says in a masterful shot sequence. This “smell”, very much along the lines of parasite by Bong Joon-ho, it’s the difference between people. We don’t all come from the same place, we don’t smell the same. Sorogoyen and Peña take this idea and translate it into a tragedy. This feeling of frustration that rural life brings ends up paying off with the urbanite, the culture, the one who has traveled… 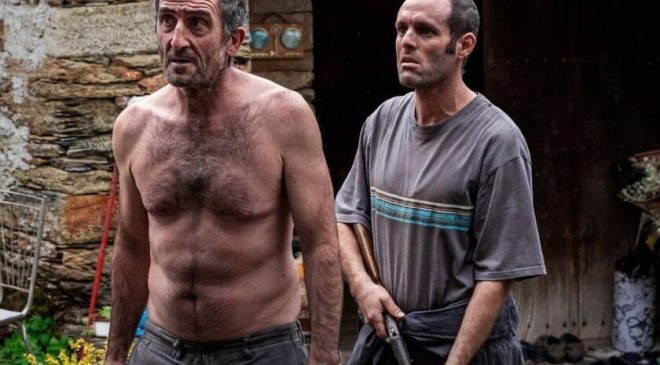 The script of The Best is terrible, very much in line with the previous works of the two writers, but the strength of the film is, as usual in Sorogoyen’s cinema, right behind the camera. The director of The Kingdom, Anti-riot or May God forgive us turns towards his more intimate projects like mother to portray a slow and reflective story. If you will see The Best expecting frantic montages, wide angles and action, it’s not your movie. Even mother had more dynamism than The Bestwhose maxim is take advantage of the time to integrate into rural life. Inland Spain is not like the big cities, that’s why it would be counterproductive portray them in the same way.

Sorogoyen’s cinema, although subtly, is evident in the direction of The Best. On this occasion, we have two plans sequence in the line of the final conversation of mother or the restaurant in the last episode of Anti-riot. They are sequence shots of pure conversation, without frills or fireworks. Simply a camera giving itself to some actors in a state of grace.

And if we talk about this admirable technique a The Beasts, it is impossible to overlook the bar scene. We see a tense conversation between Denis Menochet and Luis Zahera before the lost eyes of Diego Anido. All three performers, along with the rest of the film, are excellent, though that of Luis Zahera is overwhelming. He wins, without a doubt, a first-rate interpretative duel. His look, his voice, his body… everything serves the same purpose: bother. Implying that before this scene there was a life of frustration and hatred.

She will neither be the representative of Spain at the Oscars nor, probably, the winner of this year’s Goya (Alcarras seems destined to be his worst nightmare). I wouldn’t even say it will be remembered as one of Sorogoyen’s best films, but because that would be bigger words. The Best is an intense human film that enhances the B side of Sorogoyen and Peñatwo filmmakers so superior to the rest that they stand out in any record.