Cobra Kai back to netflix with a fifth season that only adds to the story of Karate Kid. Chosen, Daniel and Johnny have before them the great challenge of defeating the dojo Cobra Kai of the fearsome Silver. This review contains plot spoilers and the resolution of this new season.

Cobra Kai has become one of Netflix’s workhorses in its own right. After recovering from the ostracism of the YouTube network, the series has done nothing but add characters and plots that have convinced. From this point spoilers for the fifth season. 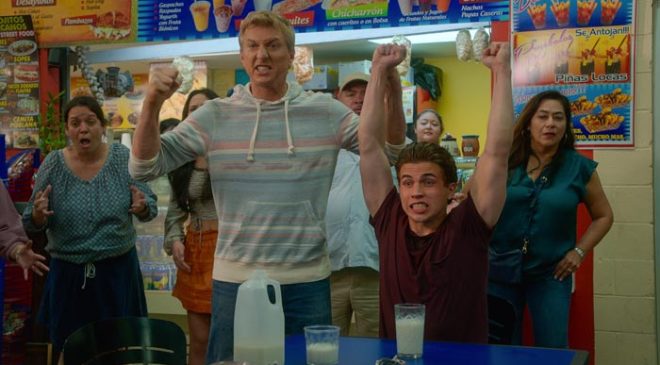 The previous season left us with the dojo Cobra Kai of Silver winning the Karate Championship of the Valley. With this defeat Eagle Fang and Miyagi Do they had to close the doors and disappear. The start of the season brings us to the dojo Cobra Kai steadily growing nationally in the United States. Johnny has a big surprise in his life, which we won’t reveal, but it will make his character evolve as he has over the previous four seasons.

In this fifth season the series incorporates new senseis in the Cobra Kai dojo. Lucy Liu he becomes Silver’s right hand man and is the final spark for Daniel San to lose his papers. Again the series brings us characters from Karate Kid 3. Returning to this film we see how that Daniel relives one of his worst nightmares, the spirit of anger takes over him. This season we see how Daniel’s dark side is reflected in Johnny’s relentless need for redemption. One of the successes of this series is to highlight the need to put an end to bullying. Again the youth part of the cast is seen in the middle of the wars of the adults, a clear reflection of society. The balance that the production maintains between adult stories and youthful confrontations is one of the hallmarks of Cobra Kai 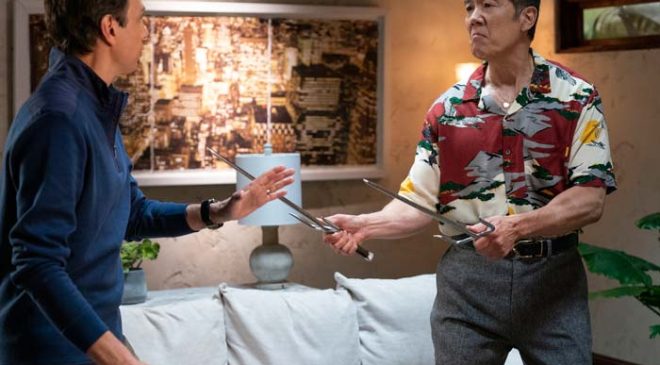 Last season we saw Eli realizing the snake venom in his blood, joining the Miyagi do and becoming yet another example of redemption. Let’s not forget that season four left us with Tory discovering that she had won the championship illegally. This fifth season is Tory and Robbie’s turn to find redemption for their actions. Although in the first chapters they try to affect the plot of Miguel, with his father, it ends up being unnecessary, since it has little impact on the story.

Ignoring this whiny script we are facing the best season of the production without a doubt. At the moment when the plots converge, the series picks up the speed to which we have been accustomed since it began. Here we have three important plots that give continuity to the fourth season. On the one hand there is the rise of Silver and the imprisonment of Kreese.

In parallel there is Daniel’s relationship with Chosen and his wife’s weariness with all the
karate situation Johnny has become a supporting actor in all these plots. The
good thing about this season is that his character continues to grow without stopping.
As for the youth plots, the stories that were left are also continued
open in the previous season. On the one hand there is the almost breakup of Miguel and Sami and on the other hand the confirmed breakup of Robbie and Tory. As if that wasn’t enough, it’s summer and the clashes between the empowered Cobra Kai and the defeated from the other dojos don’t stop. All of these plotlines are considered closed this season and thankfully the story doesn’t focus on them. At the end of the day the main story is the fight to take down Silver. 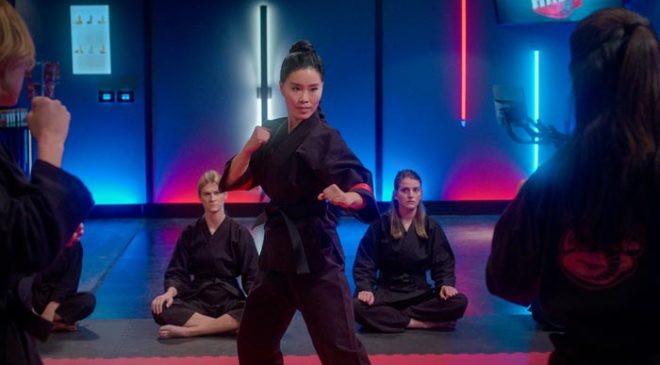 The best thing that happens in this season is that it returns again to the spirit of Karate Kid. Both the confrontations between the dojos and the resolution of what is happening is completely faithful to the film saga. Again we have surprises from the past that return to the series in a masterful way. We won’t reveal the ending, but we warn you that there will be deaths and disappointments. And unfortunately Raya the warrior returns. While it is true that his presence and his character are very important to the story, this is one of the elements that feels more out of the series.

To sum up Cobra Kai keep the level It is a series faithful to what he has proposed since first season that premiered on Youtube network. Netflix’s money has made it possible to bring a characters from the Karate Kid saga so necessary to the story. A series that addresses the youth problems, family problems and, above all, the importance of knowing defend yourself In this series there are no bad guys or good guys, and this constant balance is the main draw of a story that has continuity in the five seasons. No mercy, they have left plots open, we will have to wait for the sixth season.