Jung_Ethe new director of Train to Busan, lands on Netflix. A dystopia in the purest futuristic style and full of emotions

What will the future be like? To what level will the AIs reach? Will they be able to replace us? These and many more questions are the ones that can be generated when one stands in front of the new science fiction film that premieres on Netflix, Jung_E. And it is that, to the director of Train to Busan, Yeon Sang-ho, who also directs this film, likes genre cinema, and he doesn’t stop proving it with every new film he manages to bring to theaters or the small screen. This time we delve into a dystopian world of pure science fiction in which the humanization of machines and artificial intelligence it aims to make sense of the story we are told.

170 years in the future are what separate the film from the present day, a future in which the outbreak of a war between the survivors of the climate change that happened on Earth has started a war machine for the creation of robots, with artificial intelligence and with a human base. It is here that Jung-E appears, a war heroine, who after suffering serious injuries in combat will be used by science to be the basis of new war robots. 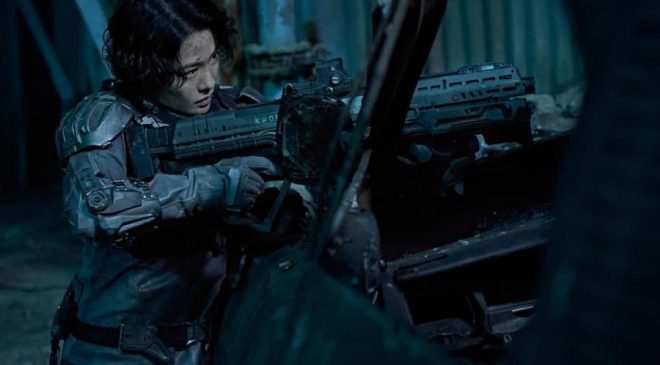 The story is told mainly from Yun Seo-hyun’s point of view, a researcher with the goal of creating an AI robot that can end the war that has been going on for so many years. Through the exploration of emotions and sensations in a robotic brain, it aims to create a weapon capable of replacing humans on the battlefield. As a test subject he will have this heroine, whom he will put in a constant loop of simulations to find the key.

All history is built on the basis of the emotions and feelings that human beings have in the first place. Are these transferable to artificial intelligences? Jung_E explores innate human feelings and how these could be useful for artificial intelligences. As is always the case with everything that human beings create, every invention leads to a warlike end.

The turn of events will lead to an exploration of moral and ethical issues, an incision in the transhumanization of robots. Aspects that recall some themes explored in the work of Asimov and which subsequently made it to the big screen, as I, Robot. Not only does the film use elements of this work, but there are also small flashes of films like Ghost in the Shell, robocop or Universal Soldier. Each to their own tape convenience. 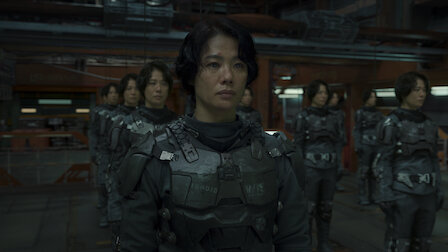 Now, despite all the message and all that it explores Jung_E, the film lacks strength. With an abrupt and aggressive start that can confuse the viewer, the story and what it wants to tell is cooked on a slow fire and playing a bit of a puzzle, losing the thread at times and with subplots with zero value. In addition to the contrast between the sentimental and the action generating an abysmal gap, like there are two parallel stories without a point of connection and without any harmony. That it turned out so well for him Train to Busan and that makes it an even more rounded film.

In the visual aspect, and that someone may be wondering about the subject of the film, it has an overload of special effects and green screen or also known as chroma, sometimes unavoidable due to the scenarios where we are, but without that this serves as an excuse to justify a blurred and chaotic action. This ends up being appreciated in the moments of calm and those focused on the dialogues, very useful to avoid a brain saturation of not knowing what is happening.

To sum up, Jung_E it’s not Yeon Sang-ho’s best film—he had a hard time with this place—nor is it the great disaster that could have been a proposal of this style. However, it ends up being a film that gets lost in itselffollowing two paths that never converge and remaining half-hearted entertainment.