Guillermo del Toro’s Cabinet of Curiosities it came to us this Thursday before Halloween with two more terrifying new chapters in its second installment. Pickman’s model of Keith Thomas i Dreams in the witch’s house of Catherine Hardwicke.

This time it’s time to adapt the teacher’s writings HP Lovecraft. Risky bet where most have failed and that a The Cabinet of Curiosities he plays it A Guillem del Toro he still has a very varied anthology for all tastes. As always there will be people disgusted and others delighted with the adaptations. It’s best to get carried away by each episode.

The Cabinet of Curiosities 1×05: ‘The Pickman Model’ 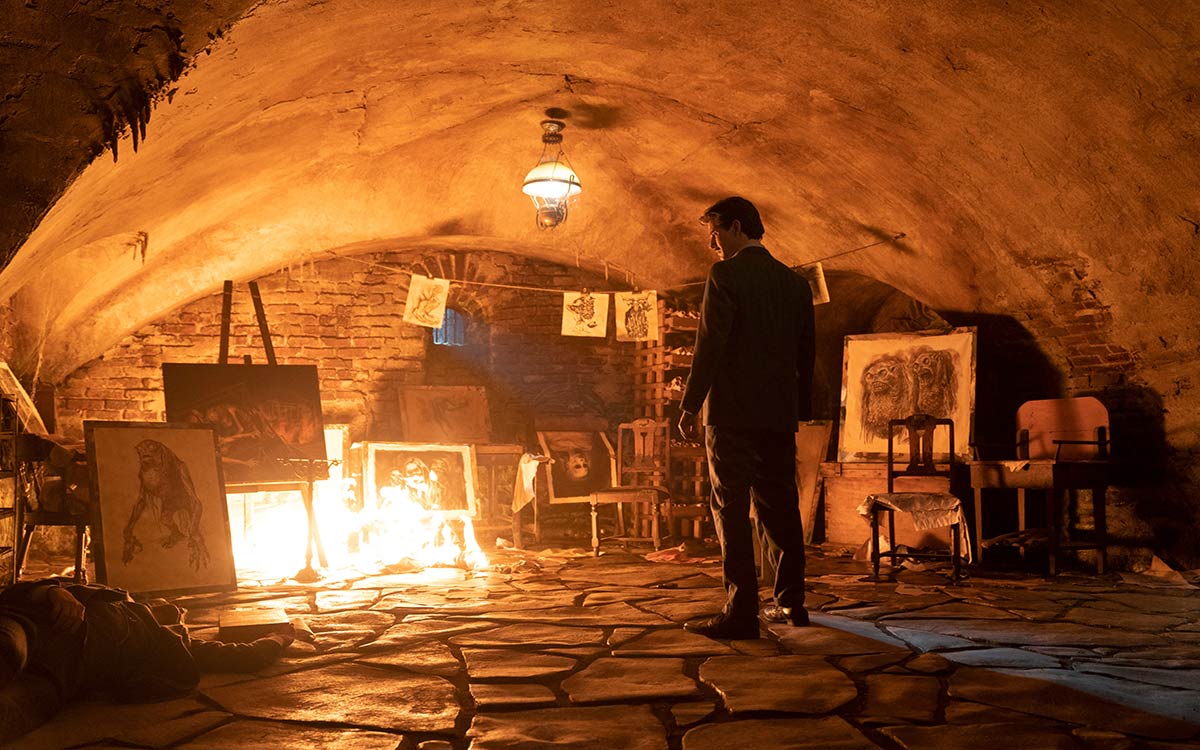 Will is a promising young painter, his life is on the dream path. One day a new artist, Richard, arrives at the art school. From the first day he is fascinated by the paintings. What he doesn’t know and will realize late that these paintings are the key to his darkest fears. The cheerful and happy life is nothing but the road to a sick, dark and perverse ground.

The episode takes its time to tell the story, which isn’t boring, but doesn’t end up being very engaging either. It’s a shame that these few moments where lust with depraved situations end up being anecdotal. As sick as it could be The Pickman Model it doesn’t really end up driving you crazy. The episode remains in a will and I can’t even get to satisfy the rough ending. 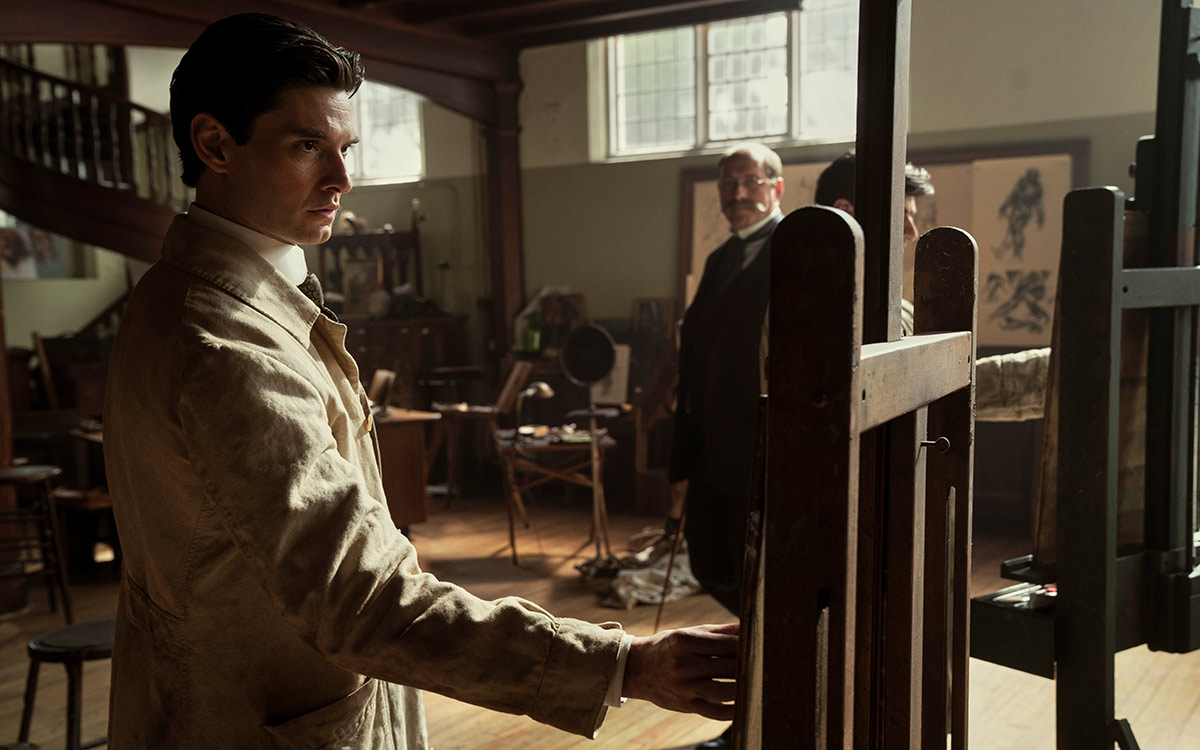 The Pickman Model of Keith Thomas it’s not a bad story, nor is it poorly told or even boring, but being a short story of HP Lovecraftone hopes that the episode of The Cabinet of Curiosities be an hour full of suffering and fear. If suffering is living, as a spectator I am crying out that Keith Thomas make me suffer until it’s over, but it doesn’t succeed. The madness that the protagonist experiences when he hears it. Don’t pierce the darkness through the television.

The pictures give off terror, fear and the truth that scares. The idea that art is a key to another dark world is fascinating. Who would be able to hang one of these paintings at home? I, for example, do not.

The Cabinet of Curiosities 1×06: ‘Dreams in the witch’s house’ 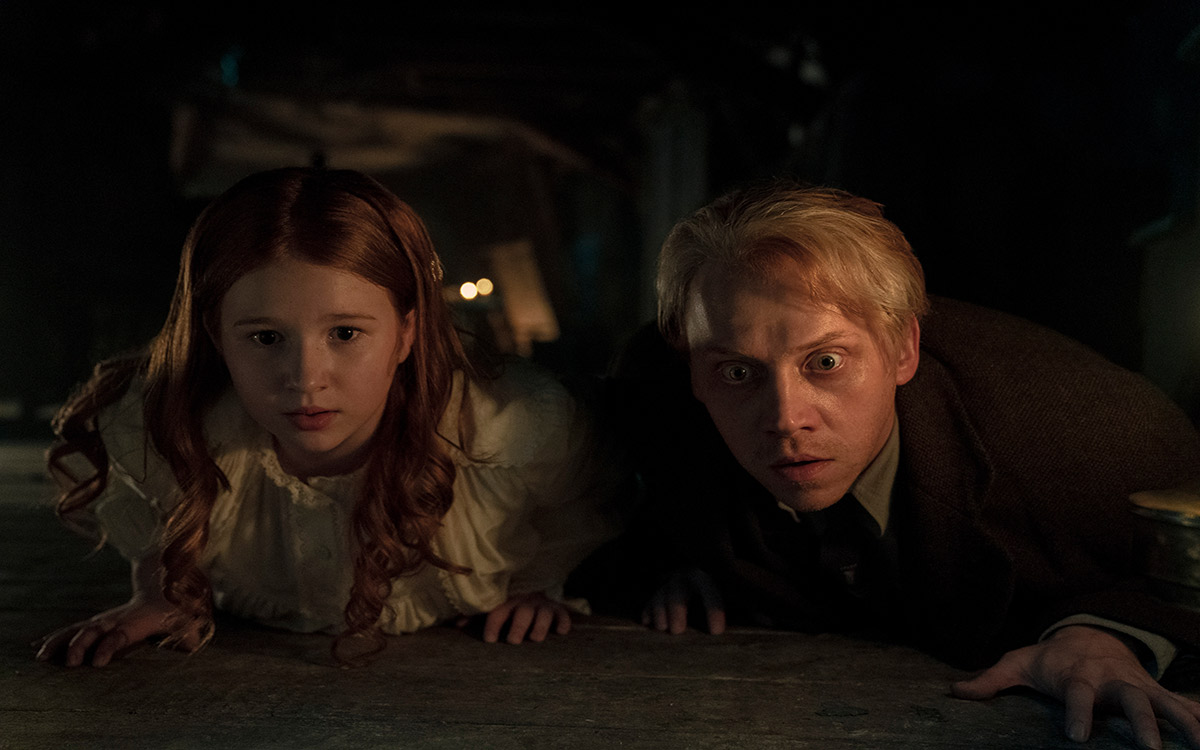 Considered a failed story, Dreams in the witch’s house is the story of a math student at Miskatonic University who rents a room in the house where old Keziah Mason lived many years ago, a witch who had managed to escape the Salem trials through a portal created by warped dimensions from complex lines and curves. In this way the witch gets to contact Gilman and return with her commitment which has always been to serve the so-called Black Man.

In the audiovisual story created by Catherine Hardwicke (Twilight, The Girl in the Red Cape) renews this story by modifying what initially failed in the original story, the mathematics. On this occasion, Hardwicke reinvents the protagonist giving him a new freshness by turning him into a researcher of the spiritist society (Catherine, Lovecraft would be very proud) giving Mr. Gilman not only freshness and a fresh air but a second chance. He gives life to the protagonist Rupert Grint (Ron Weasley) who has not even painted the Gothic and Lovecraftian style and his friend (No friend appears in the story, but it’s always good to have friends in Lovecraftian stories) interprets it Ismael Cruz Córdoba (known for appearing in ‘The Rings of Power’, ‘The undoing’) who is a friend in an exceptional way. And a worthy mention must also go to the eldest of the family, Brown Jenkins, played by DJ Qualls (The great Garth a supernaturalHow not to want it?)

I’ve actually missed this Black Man and his book of Azatoth, but I refuse to get into my purist version of the world of Lovecraft. I loved this cast of artists, and how they created such a Lovecraftian story with such a gothic character. What I liked the most is the justice he has done to the character of Brown Jenkins, not only is he a creature, but he is also smarter than I expected. What I liked most about its development is the ending. It’s a perfect closure.