After ten years of inactivity, Dario Argento returns to the cinema with Dark Glasses, a new giallo from Series Z, practically. Plausibility, intelligence, ingenuity, coherence… All of them, conditions unrelated to Dark Glasses, the biggest nonsense of this year’s Sitges Festival.

You can live under a rock your whole life and know who it is Dario Argento. The father of the slasher is one of the indispensable directors of the horror film that has created school thanks to great masterpieces. Titles like Sigh (the original, the bad one), Profons Rosso i phenomenon are part of Olympus of Italian cinema, all directed and written by him. For all this, his appearance in Sitges this year would be one of the most awaited moments. 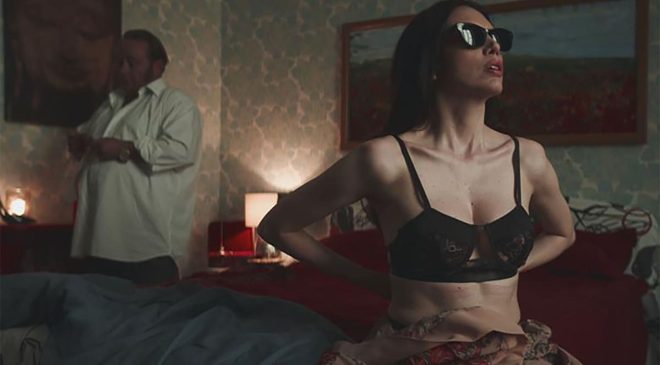 Dark Glasses it is, together with the presence of Dario Argento himself, the reason why we go to the Melià Auditorium on a Sunday at 11.30 pm. This little one giallo aspires to be a tribute to Argento’s cinema itself, whose peak came with explicit violence and the representation of evil. I said “aspiration” because it doesn’t go beyond that, to aspire, because it really is an insult to the director’s career.

In cinema, and in life, it is very important know what you are. Understand your reason for being, your way of proceeding, your place in the world. If you’re irreverent, be irreverent. Aspiring to be a little more than you are (or different) is not just a waste of timebut a demonstration of little unjustifiable shame. Dark Glasses she takes herself so seriously that she is impossible to empathize with a single second of the film. Everything is ridiculous, startling, incoherent and insulting. The premise, in and of itself, is silly, but it manages not to seem so, and, from that precise moment, dies.

A killer of prostitutes, an orphaned boy, a luxury escort killing the boy’s parents and then keeping him… It is difficult to imagine Dario Argento’s head when writing the script. It had to be much more interesting than what it ended up being Dark Glasses, that’s for sure I understand the charm that a shabby film can have, but without hesitation, I know I’m not part of your audience. Dark Glasses it may be the end of Dario Argento’s career, and that weighs on a filmography. There are times when it is better to accept the end and not to pull the gum.