Wolves howling, birds singing, rain falling, the wind blowing through the trees… The sounds of nature not only inspire us and connect us with the planet, but are also good for our health, according to several scientific studies. 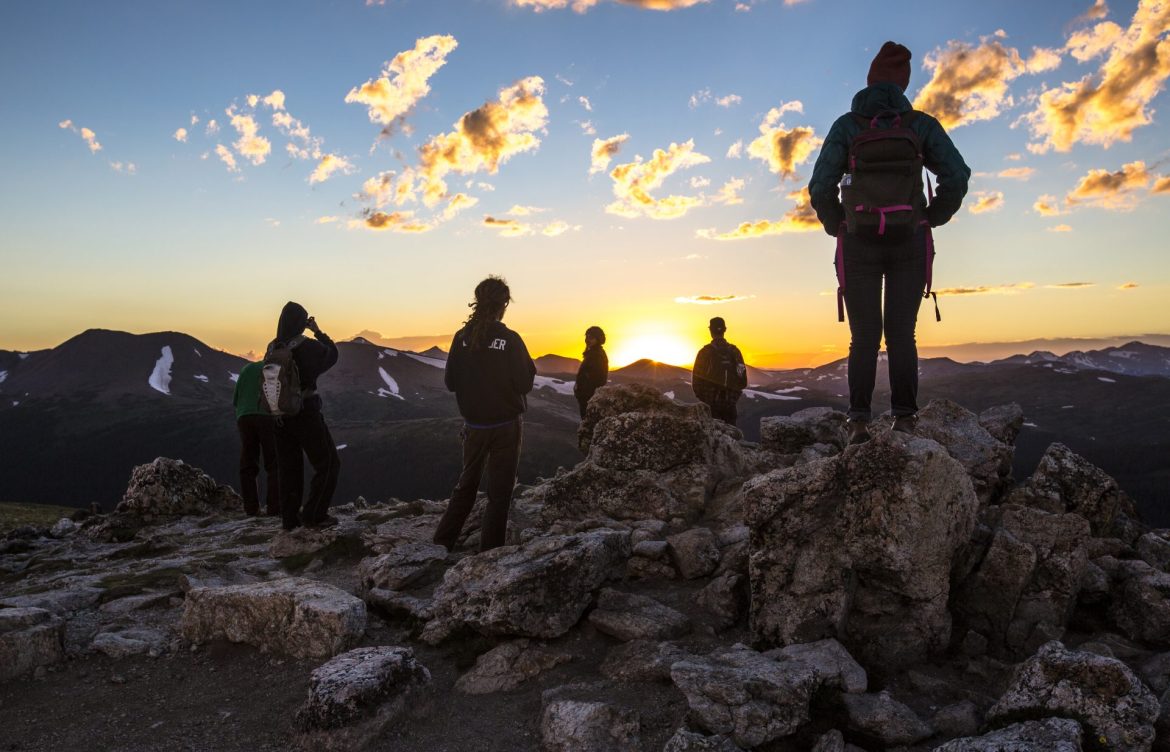 A group lends a tendency to the soundscape at dusk. Photo courtesy of National Park Service, Rocky Mountain, USA

For many people there are few things that are more pleasurable and that make life more pleasant than being in communion with nature and listening to its sounds.

A walk in the woods or a green meadow can be one unforgettable experienceas stimulating as it is relaxing, and offers the mind a unique opportunity to distract itself from everyday stress.

Science proves them right as a meta-study (review of previous research) on the effects of listening to the sounds of naturefound that this perceptual experience can not only be a balm for the mind and emotions, but has amazing health benefits.

Analysis of eighteen studies that examined the health benefits of natural sound, reveals the healing ability of the sounds produced by living beings and the phenomena of nature. This excludes anthropogenic sounds and noises (caused by human beings and their activities).

The scientists of the Canadian Carleton University (who led the research) and from the American state universities of Michigan i colorfulhighlight the role of large natural parks such as “restorative acoustic environments”.

Although the natural sounds of urban parks, less extensive green spaces and more immersed in the cacophony of crowds and cities, also benefit health, according to this research.

He has also participated in this work National Park Service (NPS) American, which has a department called “Division of Natural Sounds and Night Skies”, which provides scientific leadership and general assistance, to collect reference data related to natural environmental acoustics, as explained by this body.

For its part, the NPS also manages the program “Exploring the Sound”which offers advice and tips to “appreciate and understand the importance of natural soundscapes in parks and enhance the experience of listening to them”.

In addition, it offers a sound gallery with dozens of natural sounds, where to listen “online” how they sound, from birds and mammals, to geological and meteorological phenomena in the parks of the Rocky Mountains and Yellowstonein the USA

As part of the study, the team of the University of Colorado examined sound recordings from 251 sites in 66 national parks in the United States, recorded in collaboration with the NPS.

Natural sounds, like those of howling wolvesthe birds singing or the falling raininspire people and connect them to nature, but now this research shows that these sounds are also good for our health, according to Rachel Buxton, researcher in the Department of Biology at Carleton.

Researchers have found that people who experienced the sounds of nature heard one pain reductionone less stressone better mood and one higher cognitive performance.

“Many people have discovered this effect during the covid-19 pandemic, when traffic slowed during the quarantine and they connected with soundscapes in a new way, noticing the soothing sounds of birds singing near the windows “, according to Buxton.

Amber Pearson, professor at the University of Michigannotes that the findings highlight that natural sounds “can strengthen mental health, in contrast to the harmful effects of noise”.

Scholars also consider that those parks with quiet places where there are abundant natural sounds and little interference from anthropogenic noise, they offer greater health benefitscompared to those parks that are heavily visited, or are close to urban areas and are flooded with noise.

For this reason, they emphasize that it is necessary to apply programs to preserve the natural soundscape of the parks with the greatest influx of public, and reduce those noises that disturb this landscape.

While there are already innovative programs to encourage people to appreciate acoustic environments, from tours, where the main goal is to listen, to walks in quiet areas where visitors are asked to appreciate the silence, they explain .

Buxton suggests that people close their eyes and be aware of the sounds they hear when they visit their favorite park. “These sounds are beautiful and good for our health, and they deserve our protection”, he concludes.