The impact of the pandemic on cancer has already been quantified: the drop in tests and diagnoses, especially in the lung, as well as in screenings, predicts an increase in advanced-stage cases of this tumor and those of the breast and colon in the coming years . 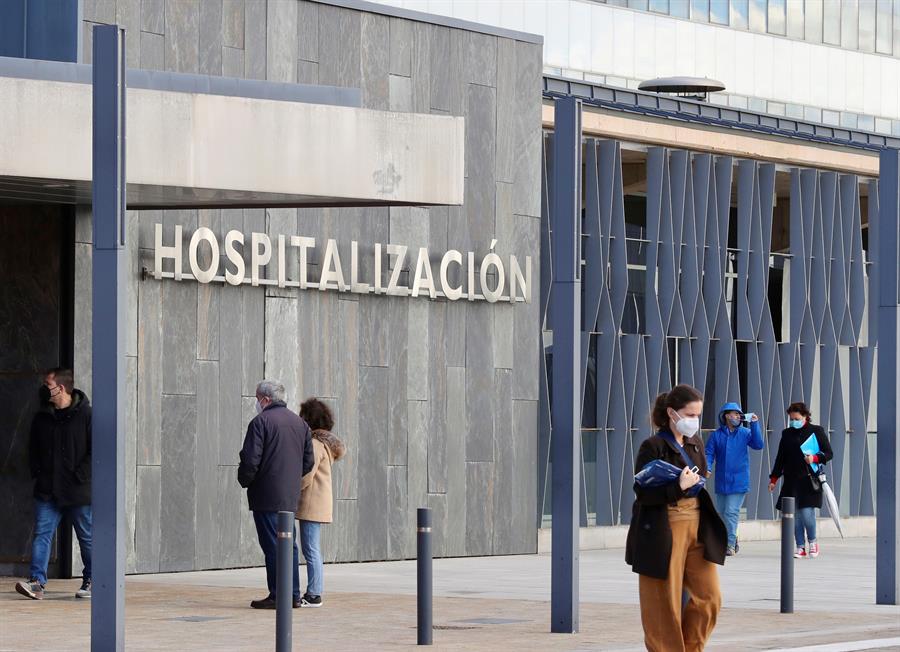 This is the main conclusion of the “Impact Study of the Covid-19 Pandemic on the Prevention and Control of Cancer in the National Health System” that the Ministry of Health will present to the autonomous communities in the next ordinary Interterritorial Council that will be held next Monday in Merida.

The study, commissioned by the Avedis Donabedian Foundation and to which Efe has had access, is the result of the agreement that this same body took in February 2021 to measure the consequences that it was known that the stoppage of covid would lead to the approach to cancer.

And now you can put numbers to them, such as the number of patients who underwent some procedure related to oncological pathology fell by more than 13%, or that the practice of bronchoscopies or cytology fell by 25%.

Lung cancer, the most affected

The analysis focuses mainly on four cancers – lung, breast, colon and hematological – selected according to criteria of incidence, prevalence and severity. The pandemic has mainly attacked the former, both due to the drop in the number of tests and diagnoses.

On the other hand, hematological neoplasms remain practically the same, with 4.49% fewer tests and 0.49% fewer diagnoses.

Impact of the pandemic on cancer screenings

Similarly, the breast and colorectal screening programs were affected with a “significant” drop in their coverage (invited people), but the drop in participation was mitigated.

The most affected was the colorectal, whose coverage, which in 2019 exceeded 70%, suffered significant declines in all communities, especially in Navarre, where it collapsed by more than 70%. Participation decreased by ten, although less sharply.

Meanwhile, breast screening coverage decreased in all territories – more so in Navarre, by 46.6%, the Basque Country and La Rioja, where the drop is close to 40% -, except in Galicia and Melilla, although seven communities managed to keep it above 80%.
Participation remained at similar levels to 2019 except for Madrid, where the variation was 31%.

One of the best indicators to measure the impact is that of patients given above with an oncological main diagnosis, who were 12% less. The effects of the pandemic are also seen in chemotherapy and radiotherapy sessions, although some of the variation can be explained by the prescription of oral chemotherapy therapies.

As was predictable, in the 3 hardest months of covid, chemo sessions dropped by almost 10% – only Andalusia and Extremadura achieved an increase in activity – and although the pace softened throughout in the year, the previous levels of activity were not recovered. The reduction was thus 4.2%, equivalent to 53,588 fewer sessions throughout Spain.

Radiotherapy activity was relatively sustained during the first months, but then fell, closing the year with a 9.4% decrease (71,684 fewer sessions). In the case of biopsies, almost 608,000 were stopped.

Visits to medical oncology also fell, especially with confinement (-12%); pediatrics are difficult to assess but there was indeed a negative impact with a reduction of first visits in oncohematology by approximately 850 units.

What has not been altered by the coronavirus

Conversely, where the pandemic did not seem to have an effect was on the vaccination rates of cancer patients against Hepatitis B (HBV) and the Human Papilloma Virus (HPV) – which even increased slightly-, neither with regard to primary vaccination nor booster doses.

From the information provided by 46 hospitals, it follows that the centers put into practice a range of measures – such as telephone consultations with psychology and psychiatry, the provision of a telephone for psychological assistance, the production of videos of self-help or a webinar – to prevent and address the appearance of anxious and depressive symptoms in cancer patients.

However, “more information would be needed to be able to address” its effectiveness, according to the report on the impact of the pandemic on cancer that will be presented on Monday by the Ministry of Health.

Overall, access to palliative care was also maintained, with even half of hospitals developing new initiatives or adapting existing ones to ensure access.