Mental health experts have called for parents to be trained to manage the social networks their children access, while also calling for a well-resourced suicide prevention plan 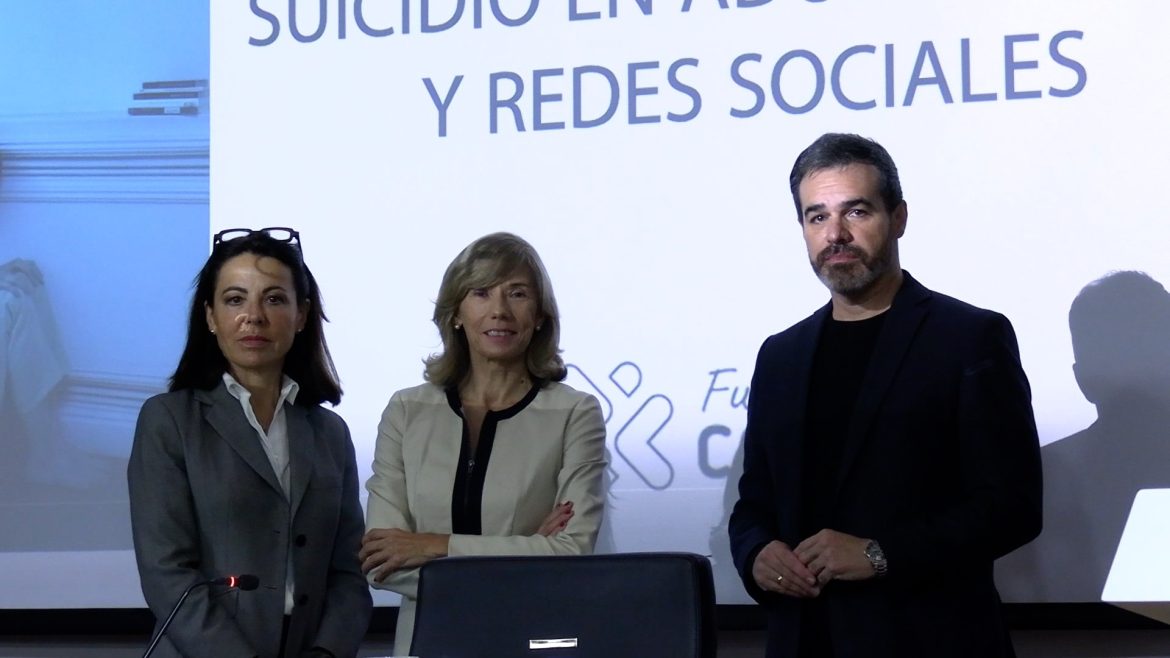 From left on the right, Sofia Azcona, director of the Cofares Foundation; Dr. Maria José Penzol, specialist in Child and Adolescent Psychiatry; and the psychologist Luis Fernando López Martínez/EFE

This is what they have raised in the debate “Suicide in adolescents and social networks”, organized by the Cofares Foundation as part of the “Chamberí Talks” project, the aim of which is to highlight serious health problems, in this case mental health.

In the debate, presented by the director of the Cofares Foundation, Sofia Azconathe doctor participated Maria José Penzol, specialist in Child and Adolescent Psychiatry at the Gregorio Marañón hospital; the health psychologist and psychotherapist Luis Fernando Lopez Martinez; and the professor of Cybercommunication and new media at Camilo José Cela University Laura Cuesta

Suicide is the leading cause of death among teenagers before cancer and traffic accidents.

All the participants have asked for training for parents, so that they know the social networks that exist and can manage them with their children, from control and negotiation when, for example, they are given their first mobile phone.

They have also remarked on modulating and regulating social networks to contain the impact they can have on teenagers.

María José Penzol has described as “worrying” the increase in attendance of adolescents at mental health services, where they come with “depressive, anxiety, hopelessness, eating disorders and suicide attempts”.

After pointing out that the pandemic has had a “devastating effect” on the mental health of young people, he also expressed his concern about the time young people spend in front of a screen, an average of six hours a day.

“There is excessive and exaggerated use of screens; they are tremendously addictive devices”, he said, to defend the return to more communication and contact between family members. “Social networks have separated and divided families,” he added.

Dr. Penzol has admitted that teachers and parents have lost authority and leadership in front of young people.

The psychologist Luis Fernando López, technical coordinator of “Let’s talk about suicide”, a project of the College of Psychology in Madrid, has established three elements that define the problems of suicidal behavior: pain-social disconnection and hopelessness.

“Social networks are a risk factor, it is necessary to establish strategic lines that modulate this impact”, he pointed out, to warn then about the danger posed by cyber-suicide and self-injury “online”.

He has emphasized the role that the different sectors affected such as educators, health workers, social workers and parents, among others, must play in the face of the influence of social networks on suicidal behaviour.

Luis Fernando López has defended specific legislation and regulation on the networks, since “a 9-year-old child cannot have access to pornographic content; it is necessary to establish access levels according to the contents”.

This psychologist has described suicide as one of the “greatest challenges and challenges in public health” and has called for a national plan and a global, social, educational and legislative strategy to deal with the problem.

Adolescent suicide and social networks: the role of parents and schools

Professor Laura Cuesta, who intervened with a telematic message, pointed out that the solution is not to condition or limit young people’s use of social networks, but rather to provide digital education to minors in a transversal way because identify the possible risks of the networks.

In this sense, he highlighted the role that parents and schools must play. “Technology not only has negative aspects, but also positive ones, as was seen in the pandemic, but it is necessary to know how to use these tools in a healthy and healthy way and from the perspective of risk prevention”, he said.

As part of the “Chamberí Talks” project, the Cofares Foundation will address other health issues with a prominent social impact in the coming days.