A different paper measurement system is used in the Americas than in the rest of the world. The types and sizes of paper in the American scale are:

These formats and sizes are different from the international standard known as ISO 216 or European format. However, in many cases “equivalences” are used, such as the use of letter size instead of A4 format (one of the most used in the world), although their measurements are not the same. 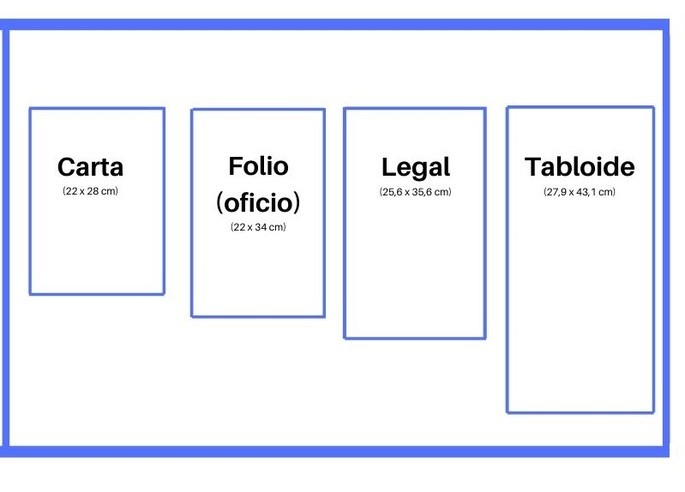 Sizes letter i letter they are almost the same, so they are considered and used as the same format.

Difference between European (A4) and American (letter) system paper formats 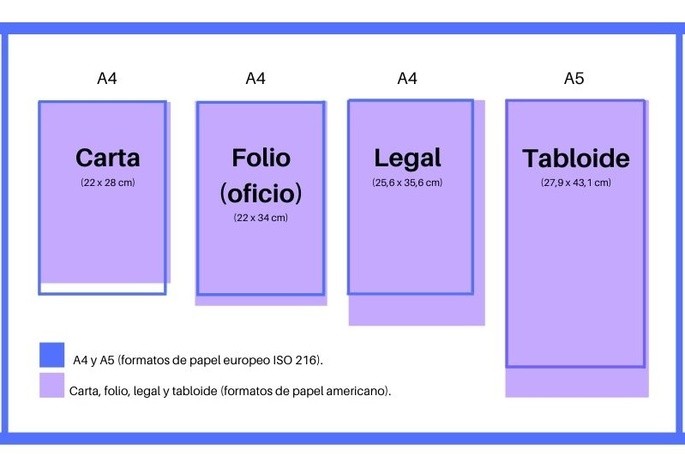 Difference between letter, folio and legal size and the DIN A series

In Canada, the United States, and almost all Latin American countries, letter formats are used, letter, legal and tabloid, based on the American metric system. These formats are in inches and differ substantially from the world standard, not only in the unit of measurement, but also in the proportions of the paper.

This system has been used for decades in the countries mentioned, but it was only in 1995 that the ANSI (American National Standards Institute) included these paper measurements in their classification.

For its part, the European system of paper sizes emerged at the end of the First World War as a practical solution to avoid the waste of this resource.

This system, which was originally called DIN 476, was created by the German engineer Walter Porstmann, who established the blade formats known today as the A, B and C series. Of these, the most popular it is the A series because it contains the measurements of pages most used in everyday life, such as the A4 format (used in printers, photocopiers, drafting documents, etc.).

The paper measurement system created by Walter Porstmann in the post-war period under the name DIN 476 proved to be efficient over time. The International Organization for Standardization (ISO), responsible for standardizing standards for process optimization, adopted this system to create the ISO 216 standard. This standard is used by almost everyone except the vast majority of the American continent.

That means the A-series paper formats, the DIN 476 standard and the ISO 216 standard refer to the same.

In many cases, for practical reasons, substitutions are made between American and European system formats. This is the reason why letter size (American system) is often used as a substitute for A4 (European system) and vice versa.

However, the measurements between the two are different. By not knowing these specifications, mistakes can be made that involve large-scale economic losses (as in the case of the printing or publishing industry).

You may also be interested in: Shoe sizes: Mexico, Colombia and USA measurement guide