The General Assembly of Farmaindustria has elected as the new president the top manager of the Novartis group in Spain, Jesús Ponce, who replaces Juan López-Belmonte in the position 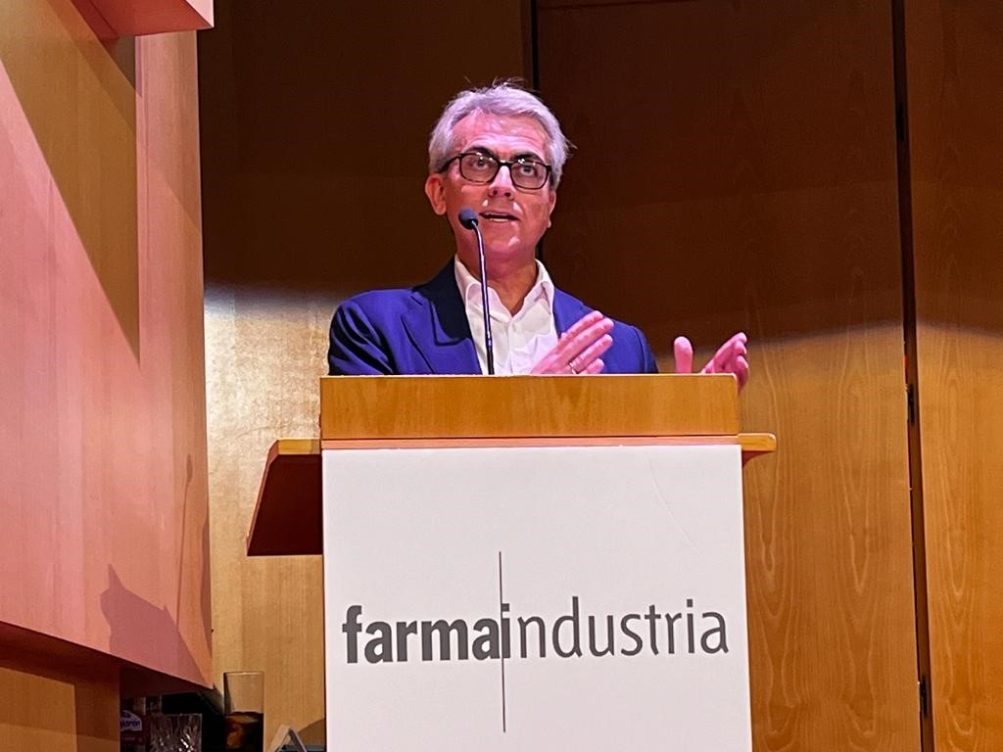 In the speech, Ponce highlighted that the challenges “are big and complicated in our country”, and he mentioned everything from the underfunding of the public health system, to the problem of access to innovative medicines or the risks that a European Pharmaceutical Strategy badly focused on reducing investment incentives in the region.

Despite this, the new president of Farmaindústria has also underlined the strengths of the sector in Spain and the opportunities that this implies and has also considered that society “better understand what our work is and our purpose”.

Society, he added, “needs us, and we have to explain it and show that we want to contribute to improving it. That’s why we’re here to continue innovating for people.”

The new president of Farmaindustria addressed the General Assembly of the Association with this message of commitment, after being unanimously elected for the next two years.

The director general of Novartis Farmacèutica and president of the Novartis Group in Spain he replaces in the position Juan López-Belmonte.

This complies with the Farmindústria Statutes, which establish the alternation at the head of the entity between the three groups of companies that make up the Association according to the origin of the capital: national, European/international and American.

For the next two years, the Presidency corresponds to the group of companies with European/international capital.

During the Assembly, in which the new Board of Directors and the new Governing Council of the Association were also constituted, Ponce thanked the trust placed in him for a mandate that he assumes “with a clear awareness of the responsibility that it entails and with the conviction that together we can successfully face the great challenges ahead and take advantage of the opportunities presented to us”.

He was also proud of the role played by this sector during the Covid-19 pandemic:

“They have been difficult years, but they have allowed us to see that the world expected a response from our industry and we have given it.”

He also highlighted the relevant role of Spain: “Our successful trajectory in clinical research has allowed us to be the first country in Europe in clinical trials against Covid-19, and the work of our companies and the solidity of our tissue production have been crucial so that even in the most critical moments there was no shortage of medicines”.

Photo of Family at the Farmindustria Assembly

Ponce has valued the leadership of Spain in clinical research of new medicineson the basis of public-private collaboration, as a lever to grow and “consolidate leadership in R&D, with special attention to translational research, feeding this back and forth path between the laboratory and clinical practice”.

He emphasized the strength of the productive fabric and the opportunity it represents to gain industrial sovereignty, strategic security and generate employment and exports.

Added to these strengths is the social commitment of an agile, proactive and intelligent industry, which translates into its status as a vanguard in terms of good practices and transparency, equality and diversity and environmental sustainability.

And especially in the ability to listen and dialogue with the administrations and the rest of the health and social agents.

On these bases, the new president of Farmaindustria has asked the associated companies to work with an eye on the health of people and on the needs of patients, and from the participation and sum of talent, to take advantage of the opportunities so that a strategic sector such as pharmaceuticals to grow and make Spain grow.

In this sense he pointed out to Strategic Plan of the Pharmaceutical Industry planned by the Government as an instrument to create, with dialogue and understanding, the appropriate framework for the sector to develop its potential.