La Femme presents the fourth studio album in Spain with a proposal in our language that mixes traditional genres with break-beat rhythms to give us something completely new.

La Femme is a French group known for mixing multiple genres such as Surf Rock, New Wave, Psychedelic Rock or Electronica. Three weeks ago, the band released their new album ‘Teatro Lúcido’, a love song for Spain and Latin America in which they explore in Spanish multiple traditional genres such as sagetes, rancheras, flamenco… But all this without changing their spirit of innovation mixing these genres with Electronica or New Wave. 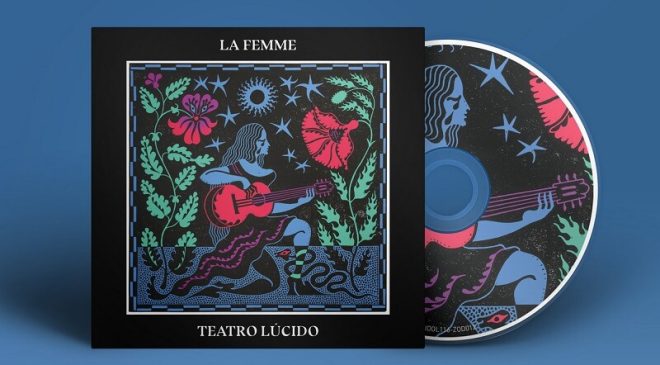 The group (consisting of Sacha Got and Marlon Magnée) stopped by Madrid on November 26th to promote the new album with a record signing and DJ Set and allowed us to do a short interview with them below .

The interview below has been translated, as it was originally conducted in French. We hope we have been able to faithfully capture everything the band wanted to express.

The Woman: Simply because we started writing songs in Spanish while we were in Spain and speaking Spanish. In the end, we had enough to make an album, so we thought about making an album in Spanish. 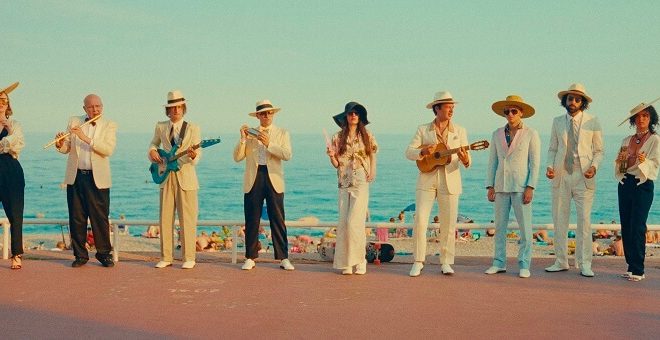 CF: And how does the creative process change between doing it in Spanish and in French?

LF: Well, for the first time we had a little more freedom, finally. As it is not our language either, we dared to do things that we did not dare to do before. For example, there were reggaeton songs, etc. So there you have it, it’s… pretty broad.

CF: On this album (and all La Femme albums), there are many collaborations with other singers and songwriters. How do you choose the right person for each song? Do you decide at the moment of creation? Or later, when you finished composing the song?

LF: It’s usually during composition that you start imagining
who would be the best performer to do it. Sometimes it’s at the end, it really depends.
But it is true that, in general, we make the music first and then think about the performer. 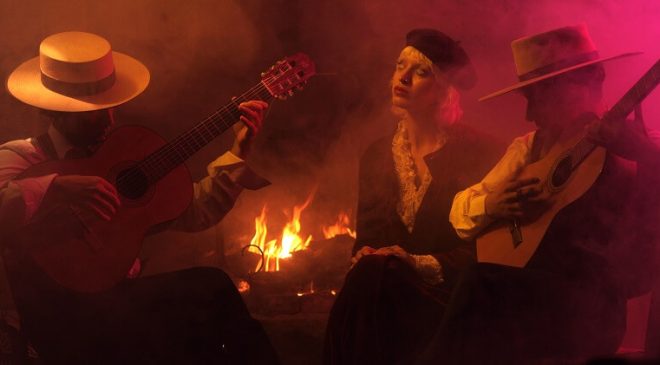 CF: Do you ever co-compose with collaborators?

LF: It depends. A And you gofor example, Tatiana Hazel, wrote the lyrics, but the music had already been composed beforehand by us without her being involved in the process.

CF: Which Spanish groups do you like to listen to?

LF: For example, Goodbye Loves it’s great i like it Empty party and then we also listen to Michel Blais and Tatiana Hazel.

CF: And would you like to work with any? (Besides Tatiana Hazel, who did you collaborate with on this album?

LF: With Rosalía, I think it could be very interesting. It also mixes a lot of genres.

CF: This album is like a trip through Spain. There is tourism, the beach, the party, and finally the hangover… Did you conceive it as a concept album?

LF: A little, but not much either, although it is true that the concept of the album was to do something entirely in Spanish.

CF: The album has arrows (Fugue Italienne), double steps (Mayalen), ranches (Padul’s uncle), flamenco… So more than an album in current Spanish, it is an album in traditional Spanish. Did you think of adding more current genres in Spanish such as salsa, trap, bachata?

LF: There are several songs that are quite current, even with reggaeton, is Cha-Cha, Contaminat, Teatre Lúcid… And even these songs are traditional but they are mixed with break-beat. Sometimes they are mixes of traditional things but with synthesizer sounds… We try to modernize the productions again.

CF: For me, the strangest song is Teatro Lúcido, which gives the album its name. How was this song born? What did you mean by her? Why does he have an artificial voice? Why does it play forwards and backwards?

LF: We didn’t want to say anything about it and we ran out of inspiration. We were waiting for someone to introduce us and finally, being a bit crazy,
let’s start trying out different voices by taking the best lyrics from the woman that they came to us. For example, contains She doesn’t love you for there was a passage of She doesn’t love you that we really liked, that we wanted to use. I then took a passage from September that I liked, another of Follow me that said “My heart tells me to come back” and several other passages of our songs and I basically mixed all of that. I tried all the voices, took the one that sounded best and mixed it all. But it is true to Lucid Theater because Lucid Theater is anything surreal, strange, and mysterious. The piece is a bit delusional. It must have been strange for you in Spanish. I’m sure you didn’t understand the lyrics, just bits and pieces, but not the whole thing because the voice doesn’t have a rhythm as such. 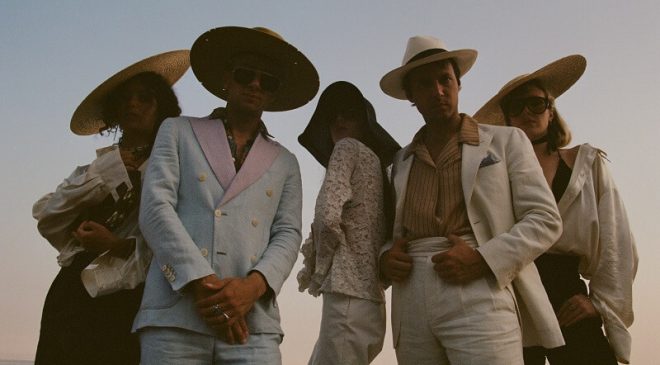 CF: You made three music videos for this album. Will there be more?

LF: Yes, there will be one of Arabo-Andalusian ballad and another from Padul’s unclethe latter will be very funny with Sacha singing on a donkey in the style of Luis Mariano.

CF: In the La Femme Press-Kit it was mentioned that a Spanish version had been recorded of strikewhy didn’t it come out with the record?

LF: Because there wasn’t enough space and we thought that as it already existed we wanted to make only new titles. Maybe we’ll add it as a Bonus Track. In a few months we will publish it.