The international POSITIVE study has shown that interrupting endocrine therapy against breast cancer to seek pregnancy – under medical supervision and for a certain period – does not experience worse short-term relapse rates in these young women. 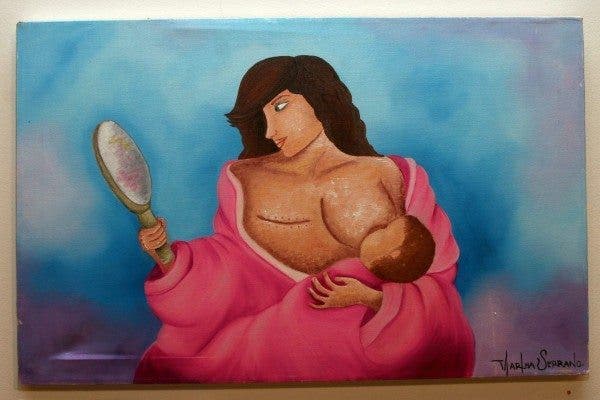 This pioneering clinical trial on breast cancer and pregnancy, coordinated in Spain by the GEICAM and SOLTI breast cancer research groups, has been presented at the American Breast Cancer Symposium held in the city from San Antonio in the state of Texas (USA).

Young women who are diagnosed with breast cancer of the hormonal or luminal subtype (70% of cases), after finishing the conventional treatment of chemotherapy, radiation therapy and surgery, begin a new stage of at least five years of ‘hormonotherapy’, a daily pill that keeps their hormonal activity in check.

Therefore, in order to become pregnant, they must interrupt this treatment under medical supervision and resume it once they have given birth.

What this study proves is that these women experience breast cancer relapse rates in the short term similar to those of women who do not pause treatment, that is, they do not increase them by temporarily stopping taking this therapy.

The doctor Cristina Saura, coordinator of the POSITIVE study in Spain, member of the Board of Directors of SOLTI and head of the Breast Cancer Unit at Vall d’Hebron Hospital and VHIO in Barcelonaexplains: “The study was designed to respond to the concern of women who are diagnosed with breast cancer at an early age, without having completed their desire to become mothers and who receive the recommendation to carry out hormonal treatment of at least 5 years”.

The first results of this study show that pregnancy would be safe for those women whose tumor expresses positive hormone receptors – which is what can cause the most concern for the increase in estrogen during pregnancy – since after of a median follow-up of 41 months, the relapse rate in these patients who stopped treatment to become pregnant within the study was 8.9%, compared to 9.2% in patients of age and treatment equivalent condition that did not.

“Long-term follow-up will be essential to corroborate these data,” says oncologist Cristina Saura.

For his part, the doctor Manuel Ruiz Borrego, co-coordinator of this trial in Spain, member of the Board of Directors of GEICAM and head of the Breast Cancer Unit at the Hospital Verge del Rocío de Sevilla points out that these women can pause hormone therapy “having verified that there is no difference between the evolution of these patients and those who take continuous hormone treatment”.

Before stopping treatment, the women had completed between 18 and 30 months of endocrine therapy after conventional treatment.

The Dr. Olivia Pagani, co-author of the study and president of the study on behalf of the International Breast Cancer Study Group (IBCSG)points out: “Conception and birth rates were at the same time or were higher than those of the general population”.

For oncologist Ruiz Borrego, in addition to the psychological impact of the disease, these patients see the possibility of becoming pregnant limited.

“If a woman is diagnosed with breast cancer at the age of 37 or 38 and begins hormonal treatment, in addition to chemotherapy, at the end of the treatment she is 44-45 years old, an age at which it is more difficult to consider a pregnancy,” he explains.

In addition, the study “strongly” recommended that trial participants resume endocrine treatment after trying to get pregnant or taking a two-year break from hormone treatment to try. So far, 76% have resumed their therapy, according to the authors.

In general, “only between 5 and 10% of young patients with breast cancer become pregnant. Although some retrospective studies have shown that pregnancy after cancer is feasible and safe, many women are concerned that breast cancer treatment will make it difficult to conceive or that pregnancy may make the woman’s cancer worse,” says the Dr. Pagani.

For this reason, according to Dr. Saura, “the results of POSITIVE are reassuring, but any decision of this type must be made together with the health professionals involved in the follow-up of each patient”.

Spain in the study of breast cancer and pregnancy

The study included patients from 116 centers in 20 countries: 23% from North America, 16% from Asia/Pacific and the Middle East, and 61% from Europe, of which 72 patients come from 18 Spanish hospitals and have been recruited through the SOLTI and GEICAM research groups.

The researchers continue to monitor the participants in the study to assess the risk of recurrence over time since “the short follow-up carried out to date is a limitation of the POSITIVE study, since hormonal breast cancer can reappear years after the initial diagnosis”.

The study is promoted and led globally by the International Breast Cancer Study Group (IBCSG), a division of the ETOP-IBCSG Partners Foundation and by the Alliance for Clinical Trials in Oncology in North America, in collaboration with the Breast International Group (BIG), which operates through the SOLTI and GEICAM groups in Spain.