The emergence of immunotherapy for lung cancer in early and intermediate stages has opened the door to a possible cure for a tumor that is the leading cause of death from cancer in Spain. To advance new therapeutic strategies, specialists call for support for research and speed in drug authorization processes. 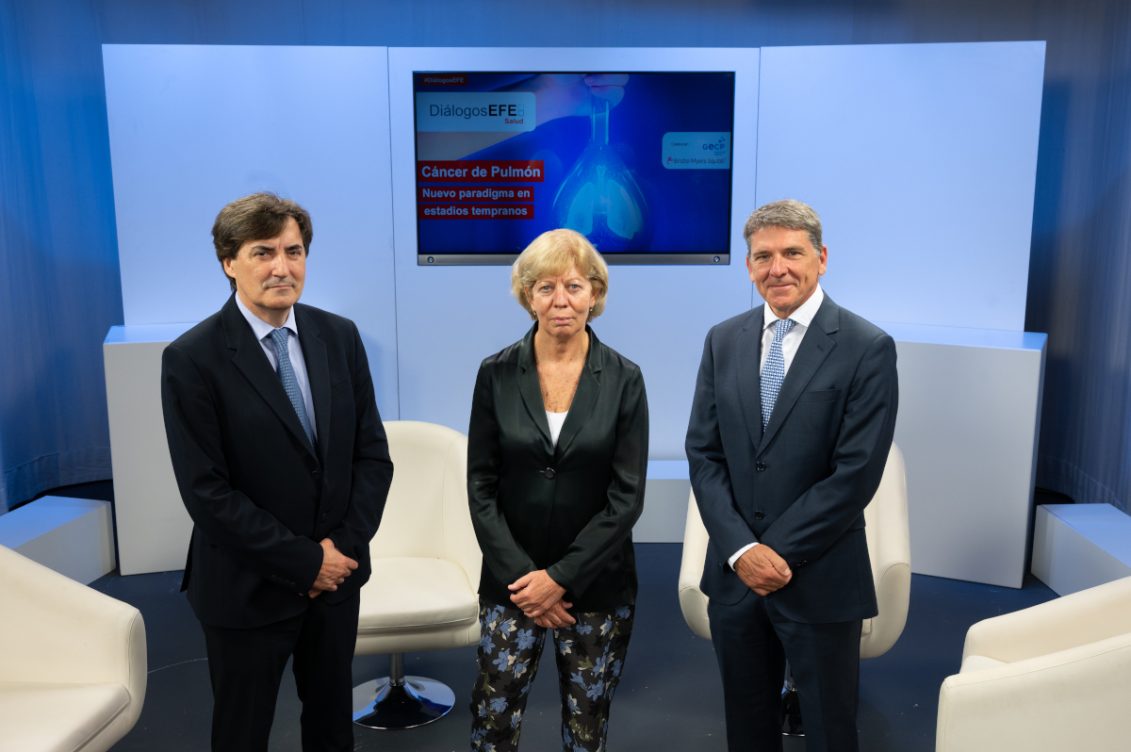 The debate focused on analyzing the lung cancer situation in Spain, with a focus on the new advances in the treatment of lung cancer at early stages.

In this sense, during the meeting the seriousness of lung cancer, responsible for 1 in every 5 cancer deaths, the needs in management and the advances in research was highlighted.

“Immunotherapy has been a paradigm shift and has increased the survival of patients”, pointed out Dr. Provencio who recalls that this strategy has already proven its effectiveness in certain groups of patients with metastatic tumors extending their years of life, with tendency to chronic the disease.

“But in early-stage lung cancer, we have to go further, we need to increase the cure rate,” said the head of the Oncology Service at the Hospital Porta de Ferro in Madrid.

For the president of SEOM, in early tumors, “we are talking about a potential cure scenario when there is no metastasis and, even if it is early in time, we believe that the new strategies will achieve this”.

The representative of Bristol Myers Squibb, Dr. José Cabrera, has pointed out that the challenge of the pharmaceutical industry is to make lung cancer a chronic disease”, but there is work ahead, such as the search for new biomarkers and determinations genetics that better select candidate patients.

The Spanish Lung Cancer Group has led, with the NADIM II study, the research with the new strategy of immunotherapy and chemotherapy before surgery in stage III-A cancers, a heterogeneous group of patients, some with large tumors, that thanks to preoperative treatment have been able to be operated on.

The results of this study, presented this year at the meetings of the American Society of Clinical Oncology (ASCO) in Chicago, at the World Congress of Lung Cancer in Vienna and at the meeting of the European Society of Medical Oncology (ESMO) of Paris give an increase in survival by more than 20% in relation to conventional treatment (only chemotherapy after surgery).

“More patients can be operated on, they live longer and there are more who go into complete response” with the new strategy, according to Mariano Provencio, who has highlighted the expectations that are opening up in this type of tumour.

Expectations that are supported by research: “Spain does not invest what it should in clinical research, we lead it from the hospitals, and neither is an investment made based on the social repercussion of each disease”, criticized the president of the GECP.

In the same vein, the president of SEOM highlighted the research work of the cooperative groups in Spain, “they are very powerful, we are very committed to clinical research with the support of the pharmaceutical industry, but we cannot be satisfied with this”.

The medical director of Bristol Myers Squibb has highlighted the Spanish leadership in the recruitment of patients for clinical trials only behind the United States.

And once the drugs are a reality and are approved by the regulatory agencies of the United States (FDA) and Europe (EMA), the green light remains from the Spanish authorities for them to reach patients.

“We cannot allow these new strategies to take years to arrive, we cannot be the last country to approve the drugs,” lamented Dr. Provencio.

For oncologist Enriqueta Felip, also head of the Thoracic Tumors Unit at Vall d’Hebron Hospital in Barcelona, ​​”we must all work together and guarantee total transparency so that the approval process is quick”.

In the words of José Cabrera: “From the pharmaceutical industry we are looking for innovative solutions to ensure that patients can benefit from the treatments”.

Challenges and expectations for lung cancer, without forgetting prevention since 85% of cases have their origin in tobacco.

Lung cancer in Spain accounts for more than 33,000 new cases a year and more than 24,000 deaths. Average survival is 20%, which contrasts with 89% for breast cancer or 99% for prostate cancer.