By the end of 2024, all autonomous communities will have to include the free vaccine against the human papilloma virus (HPV) for 12-year-old boys, as is currently being done for girls. We explain why and what the guidelines are. 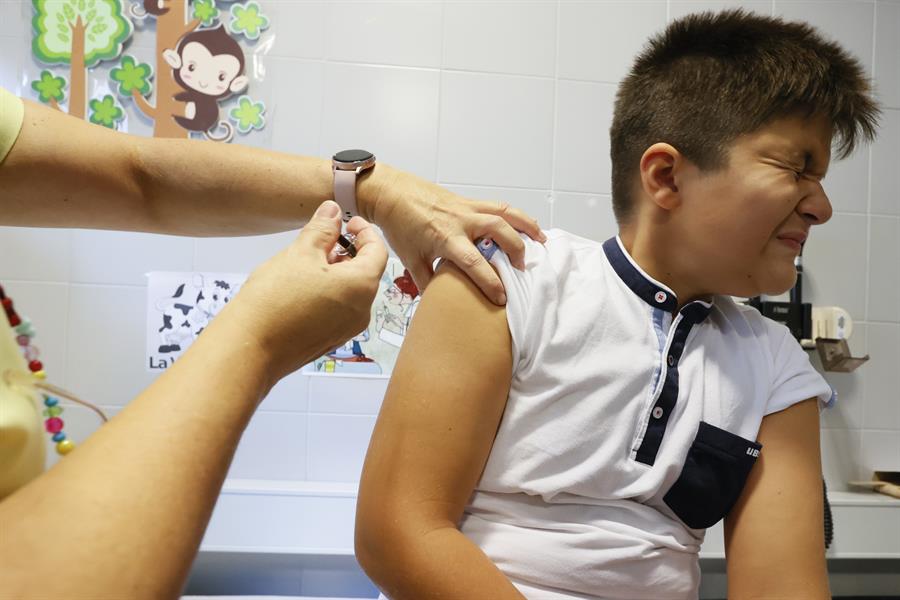 A nurse administers the vaccine against human papilloma, the first day of vaccination this year for the first time in men over 12 years old at the Lalín Health Center, Pontevedra. EFE/Lavandeira jr

To begin with, men are also infected with the Human Papilloma Virus (HPV) by having sex with a woman or man who is infected.

And as for uterine cancer, men become transmitters of the virus to other people.

If we prevent infection in men, through the HPV vaccine, we are significantly reducing transmission in women (and in men who have sex with other men), and therefore we will also reduce all the resulting genital diseases of this same infection.

EFESalut spoke with him doctor Valentí Pineda Solasmember of the Vaccines Advisory Committee of the Spanish Pediatric Association (AEP), which tells us the recommendations to follow to vaccinate the son against HPV, guidelines which, on the other hand, are the same as those applied to girls.

This means that when in 2024 the mandatory vaccination of male children is approved throughout Spain, the vaccine will have to be on the vaccination schedule and will be applied automatically, either in health centers or in schools , depending on the decision of each autonomous community. Some communities also vaccinate 12-year-old boys.

First of all, it should be explained that the human papilloma virus (HPV) has more than 150 strains or variants, but only a small group is very virulent and is associated with cancer and other diseases.

Each type or variety is assigned a number.

The main reasons to vaccinate your male child against HPV are based on the fact that:

Type that the HPV vaccine prevents, in men and women

The current HPV vaccine helps prevent nine types of viruses, including types 16 and 18, which cause most cases of cervical cancer, as well as many cases of cancer of the anus, penis , vulva, vagina and throat.

HPV, the age to vaccinate your child

The HPV vaccine is especially indicated for pre-adolescents, between the ages of 9 and 12, whether male or female.

This is the age, according to specialists, that produces a better immune response, since it is based on the fact that both sexes do not yet have sexual relations, which is the main way of transmission of the virus.

However, it is also recommended for adolescents and young adults, of both sexes, between the ages of 13 and 26 who have not been vaccinated before, or who did not receive the recommended doses.

But vaccinating against HPV at older ages means that the formula does not have the same prevention effectiveness.

In some countries, the HPV vaccine is approved up to the age of 45, but this is not the case in Spain.

The HPV vaccine is particularly indicated for the following risk groups: women with cervical neoplasia; people who engage in prostitution; men who have sex with men; people infected with HIV and people who have suffered sexual abuse.

The guideline is two doses separated by six months for preadolescents (9/12 years) of both sexes.

For those who are vaccinated at a later age, the guideline is three doses to be applied during a year.

For both sexes and for the indicated ages, this single lifetime guideline maintains protection over time. according to current research.

1.- The human papilloma virus (HPV) is the most frequent cause of sexually transmitted infection (STI) in the world.

3.- The nonavalent vaccine (HPV-9) is the one that offers the most direct coverage against cervical cancer (90%) and provides a potential prevention of 85-95% of cancers of the vulva, vagina and anus related to this virus.

5.- Early age at the start of sexual relations is associated with a greater risk of prevalence.

8.- The number of sexual partners throughout sexual life is the factor correlated with a greater risk of infection, with an estimated 3-5% increase for each sexual partner for HPV 16 and 18 infection.

An increase in the number of sexual contacts of a woman’s male partner increases the risk of infection.

9.- The estimated risk of infection after unprotected sex with an infected person is high and ranges between 40 and 80%.

10.- The use of condoms reduces, but does not eliminate, the risk of sexual transmission, according to the Spanish Pediatric Association on its website.