From the Interhospital Foundation for Cardiovascular Research (FIC), Dr. Macaya, Professor of Medicine at the Complutense University, emphasizes that this therapy makes the two ventricular cavities, left and right, contract synchronously, at least efficiently, thus improving blood ejection towards the rest of the body .

“With the resynchronization, the patient will alleviate the symptoms of heart failure: dyspnea on exertion is reduced, obtaining a greater capacity for physical exercise; less fluid is retained, favoring deflated ankles, while fewer doses of diuretic drugs are needed; and pulmonary congestion is substantially reduced”, he explains.

So much so that the number of cases of this pathology has doubled, from 33.5 million in 1990 to 64.3 million in 2017, according to a study published in the European Journal Preventive of Cardiology, a journal of the Society European Cardiology.

Heart failure, which in Spain affects 2.7% of the population over 45 and 8.8% of those over 74, occurs when the heart is not able to pump a sufficient amount of blood rich in oxygen The heart muscle can then fail, so that it loses strength and ends up dilating.

“Many times, the cause of this dilation is not clear; but in others it is due to the presence of coronary disease, arrhythmias or the toxic effect of alcohol or other substances. In other words, many heart diseases end up developing heart failure”, points out the interventional cardiologist.

We can also find ourselves in a situation of insufficiency, even if the heart muscle retains its normal strength, when the problem becomes an overload of the heart: it is not able to respond adequately and it enters cardiac failure. High blood pressure is often associated with this type of heart failure.

The heart of an adult person is able to pump and distribute more than 200 million liters of blood throughout his life.

“To achieve this enormous goal, a daily miracle – says Macaya -, the heart muscle needs to beat around three billion times, once every second, more or less”.

Blood, thicker than water, oxygenated and full of energy, reaches every cell in the human body through the vascular system. Then it returns to the heart to be revitalized again and repeat this process incessantly.

To beat and beat incessantly, “the noblest organ of the human body” has an electrical system that generates rhythmic impulses, as if it were a musical tuning fork.

The sinus or sinoatrial node, where each and every automatic heartbeat is created and regulated, independent of the will of the individual, is located inside the heart, in the right atrium.

“It’s like a switch. It sends periodic stimuli to contract the heart muscle rhythmically: 60, 70 or 80 beats every minute. The cells decrease or increase the heart rate when our body needs it,” he says.

Its size is minuscule, two to four millimeters, and it beats one pulse or so every second. This signal is conducted throughout the heart muscle by means of a kind of biological wiring in order to reach the last cell in charge of cardiac contraction”, he describes.

This wiring passes through the atria and from there to another nodule, which is called atrioventricular, to then be distributed through the left and right branches of the heart.

“If the bioelectrical system is rhythmic, normal at every age and every effort, the heartbeats will have a sinus rhythm; but if not enough impulses are generated, the system will suffer from bradycardia, a slow heart rate”, he points out.

“On the contrary – compare – if the system is abnormally excited, both in the sinus node and in any other area of ​​the heart muscle, and more stimuli than necessary are generated, tachycardia appears, an accelerated heart rate. They are anomalous foci that generate impulses that compete with the main node”.

Both bradycardia and tachycardia are diagnosed with a electrocardiogram (ECG) or one Holter.

The single-branch block, both left- and right-branch, or complete blockit is considered a type of heart bradycardia.

It manifests itself when the electrical impulse, which originates “perfectly” in the sinus node and runs without any problem through the atria and the atrioventricular node, reaches the bundle of His, where the circuit is divided into two branches, left and right. Here it blocks, causing asynchrony in the ventricles.

For the left and right ventricles to contract at the same time, the impulse, coming from the two branches of the bundle of His, must reach the two contracting chambers of the heart at the same speed.

When it doesn’t, the ventricles contract, but one takes longer than the other, usually it is more frequent in the left branch. This delay is usually a fraction of a second and is reflected on the electrocardiogram by a wider than normal QRS variation.

Left or right bundle branch blocks do not produce bradycardia per se, unless the block is in both branches (complete).

In the latter case, the dysfunction of the electrical circuit can indeed cause significant or extreme bradycardia that requires specific treatment with implantation of pacemakers.

When only one of the branches is blocked, usually nothing unsalvageable happens, since the other branch conducts the electrical impulses necessary for the proper functioning of the heart.

“The patient, even, can live the rest of his life, until he is a centenarian, for example, with branch blockage”, emphasizes Dr. Macaya.

HF is a ventricular dysfunction of the heart muscle, pathology originating in the valves or other primary problems of the heart. In these cases, it will be necessary to treat the patient with medicines, diuretics and drugs that improve contraction.

“There is the possibility, even, that it will be necessary to get a heart transplant”, he points out.

A device called a resynchronizer is implanted, a smart processor similar to a pacemaker, which is placed in the lower area of ​​the left or right collarbone. It will have at least two wires that will carry the electrical stimulus to the ventricles through the coronary sinus.

“It will stimulate the right ventricle first and milliseconds later the left ventricle. The QRS complex widened by bundle branch block (see image above) will narrow. A completely normal graph will not be observed, but it is reduced enough to be efficient”, explains the cardiologist.

What we see with the electrocardiogram will also be seen in one echocardiogram:

“Resynchronization improves the percentage of contraction and, at the same time, blood ejection, increasing the performance and efficiency of the heart by 10% to 15%, while minimizing the problems generated by heart failure (dyspnea, fluid retention, leg swelling, lung congestion, etc.). 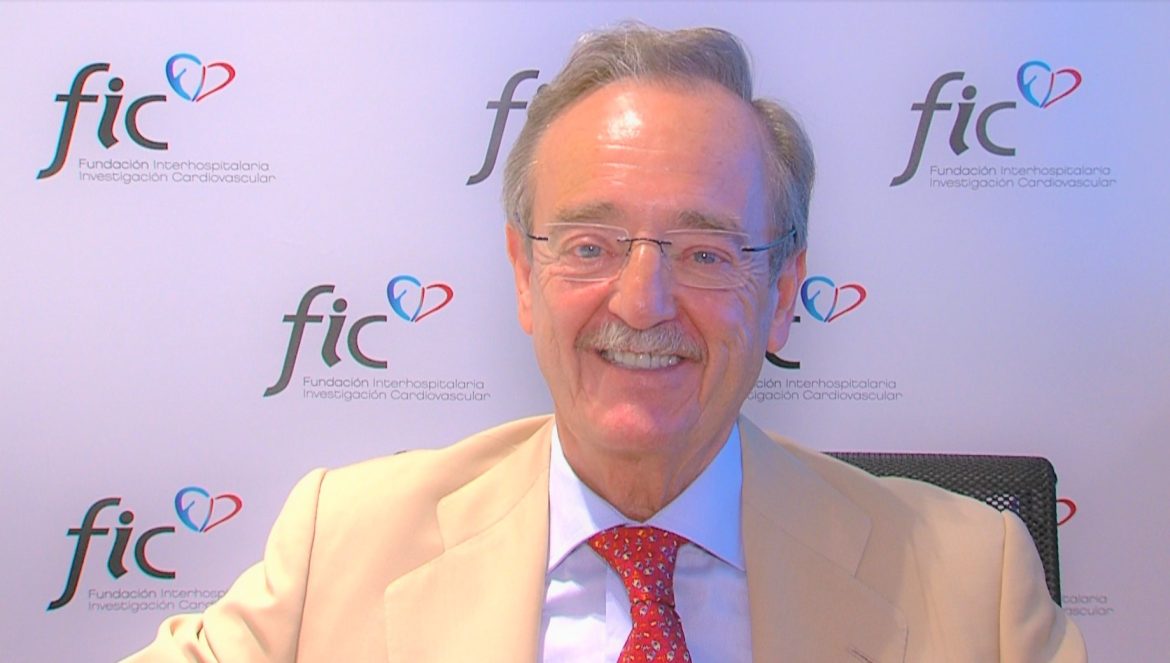 This device, with a microprocessor and two wires, is not implanted in all patients with heart failure, only those suffering from left bundle branch block, and we have verified that there is room for improvement in the contractility of the heart muscle.

Resynchronization substantially increases the quality of life for people with both heart failure and left bundle branch block in the heart’s electrical system.