‘Wakanda Forever’ has premiered on the billboard, for fans of the MCU, of good cinema and a tribute to the victim Chadwick Boseman. Marvel continues his great work, maintaining the turn of the wheel that this phase 4 has assumed. A phase 4 that is catching many fans off guard from the simplicity that the group of avengers.

‘Wakanda Forever’ hits the billboard with the same spirit they already had’eternal‘or’Doctor Strange in the Multiverse of Madness‘, the spirit of change. From the premiere of ‘Iron Man‘ in 2008, a lot has changed in the way projects are created in the MCU. Building on a foundation inspired by the golden age of Marvel, Marvel Studios brought us all comic book fans stories centered around the Avengers. Simple stories, of good versus evil. The thing is that ‘End Game’ was the beginning of many changes that many fans and critics do not want to see or embrace.

Since phase 4 started, I’ve been waiting for Thanos has been leaving sequels in the Marvel universe, a universe that Kevin Feige and his minions insist on extending. ‘Chang Chi’ presented the first warning: there are more cultures beyond Western ones, but it seems that too many badly named film critics have a hard time understanding it. From Scorcese to Smith, there is a world of opinion, but this diversity of opinion is what refutes the main argument of the MCU’s detractors. It has been said that Marvel movies are not cinema, and from there the haters have come to the top. 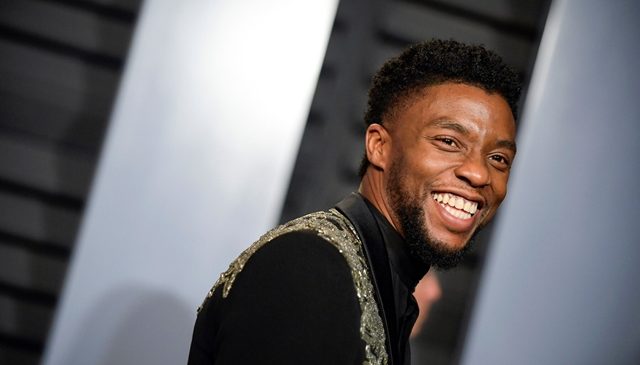 ‘Wakanda Forever’ it’s cinema and a good one, regardless of who weighs it down. In this review, with spoilers, we will reveal the story he wants to tell us. Because at the end of the day, that’s what cinema is about, telling stories. The new incursion of Black Panther it is not a superhero movie in use, and this has caused a division of opinion. All of them valid and respectable, of course. But whoever writes is from the side that loved the movie, so if you didn’t like it, or haven’t seen it, maybe another view might appeal to you.

The film begins with the death of T’Challa, king of Wakanda, Black Panther, son, husband and brother. This is the main premise of the film, it is an introspection into grief from within the MCU. Chadwick Boseman he died at the age of 43 from colon cancer, and this film is and will forever be a tribute to him. What the fiction has achieved, is that it is a tribute to his character as well, and this is his great achievement although not the greatest.

After a hard entrance to the film, where silence is the protagonist, the tributes follow in a series of scenes that fill the eyes with tears and shrink the heart. A tonic that will be repeated during its almost three-hour duration. When the pain seemed to subside a Wakanda, a new threat once again puts the largest fictional nation in Africa under tension. And this is where the film gets serious. 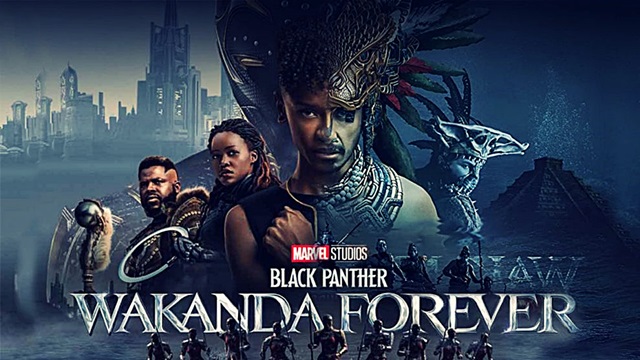 The appearance of loveking, god and ruler of Talocquen it is a slap on the chin to colonialist, imperialist and western minds. Human beings, for those who do not already know, have dedicated themselves to destroying, despoiling and sinking all civilizations, cultures, religions and societies that were not white, Catholic, Apostolic and Roman. It’s as true as a fist, and ‘Wakanda Forever’ it brilliantly takes care of remembering what should never be forgotten.

love ( Tenoch Horta she’s here to stay, her acting is top-notch), as is Ramonda (wonderful Angela Bassett interpreting it), they represent all these cultures that Europe and the United States have stubbornly wanted to challenge throughout their history. Wakanda and Talocan represent all these African and Latin American nations that Europe and the USA have stolen from for centuries, in exchange for bread and circuses. In this reading lies my positive criticism of this film, to assume from an American production, wild imperialism.

Returning to the film, the nations of the world are frantically searching for Vibranium, a metal that promises world-dominating military uses. Faced with Wakanda’s refusal to continue trading with such a precious metal, large corporations funded by corrupt governments (sound familiar?) are tearing up seafloor in their pursuit. That’s when they wake up the sleeping giant of Talocquen. 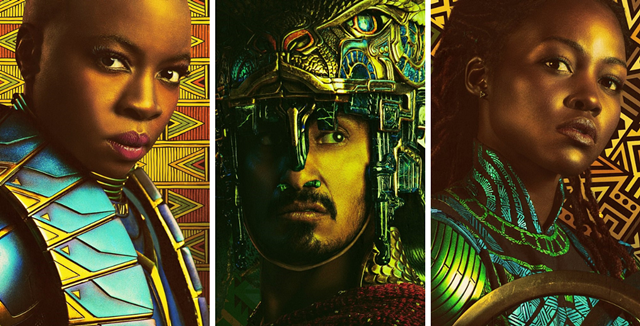 Talocquen is the version of Marvel Studios of the Atlantis, the underwater nation being legend and has given for thousands of stories. Counted in the cinema. As we said earlier, this is what cinema is all about, telling stories. With better or worse scripts, shots and colors, but in the end, all films tell stories. The story of Talocan, in the case, is that they have remained calm in their depths, until resource exploiters have come to put their stability at risk.

It’s high school colonialism, nations arguing over each other’s resources. Wakanda already warned, handing over the mercenaries hired by France (the same nation that has dedicated itself to dropping atomic bombs on Mururoa Atoll) and sending a warning: leave our resources alone. It is then when, the same situation in the waters of Talocan, is resolved in a more violent way.

Honoring the eternal facing vision of Magneto and Charles XavierWakanda wants to send the warning peacefully, while Talocan advocates more radical measures: burning the world. love understands the anger in Wakanda, especially in the heart of Shuriconsumed by the rage of her brother’s death T’Xalla. For this, ask to Ramonda let the two nations unite against the surface world. Faced with his refusal, Namor threatens to sink all of Wakanda under water.

That’s when the action begins in the film, criticized for having too many valley moments. Necessary, but at times they make the film a little heavy. The fight between Wakanda and Talocan focuses the majority of a footage that ends up fulfilling its main goal: it is a film that honors not only the person, but the entire African culture. The brushstrokes of how they cope with grief, the soundtrack or the tribal dances, are an ode to a continent that has done nothing but suffer throughout history.

Marvel Studios is not an NGO, nor does it certainly intend to change the world with ‘Wakanda Forever’but it’s okay to send a message through the movie: Africa do not forget, even if the world forgets you, Africa forgive even if what he continues to do is unforgivable.

Going back to the movie, there are certain things that just don’t quite work, in my opinion. Riri Williams’ character doesn’t quite fit, played by Dominique Thorneis Iron Heartfuture Young Avenger, scientist fan of Tony Stark and pseudo Iron Man in this installment. His appearances are pretty empty, considering he’s the one who starts the war between Talocan and Wakanda. We’ll see how his character evolves, but he’s clearly been overshadowed, also because of how efficient Namor’s presentation is. 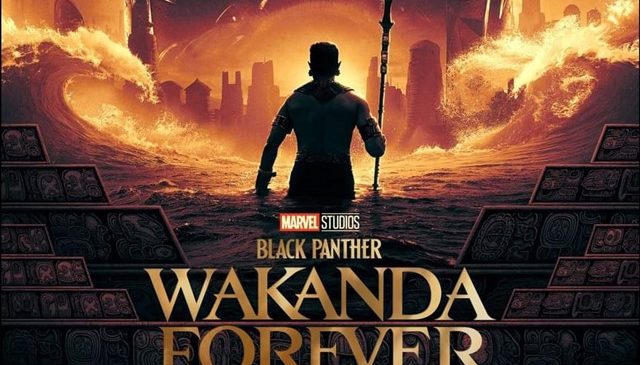 On the other hand, it is true that the film is the least super heroes of the MCU, with some shots where the CGI does not quite work. It’s a story of war between two nations, but one that, for now, leaves its influence on the MCU up in the air. Although the presence of Namor makes the term “mutant» is already a reality in the Marvel Cinematic Universe, the opportunity to continue expanding the presence of mutants.

The surprise for me has been the Black Panther of Shuri (Letitia Wright). Consumed by pain, who appears to her on the astral plane is Killmonger, and that says a lot about how he’s dealing with introspection in his Marvel characters. Broken, full of anger, with cravings for revenge, she is not a copy and paste of the noble T’Challa, and I liked that. To imperfection, growth.

What does what happened to the MCU hold up for the future? ‘Wakanda Forever’? It is the eternal question that we are being subjected to in this phase 4. It is difficult to follow the plan of Feige and his people, but some questions are becoming clear. The main one is the presence of Valentina Allegra Le Fontaine that for those who have lost them, she will be the creator of them Thunderbolts. Already at ‘Falcon and the Winter Soldier’ (the D+ series help expand the universe of the movies) began recruiting soldiers for the cause, and ‘Wakanda Forever’ shows us some glimpses of his plan.

In short, if it can be summed up, ‘Wakanda Forever’ will have fervent followers but also detractors. Simplicity is no longer a part of the MCU, stories will become more and more complex and you can either embrace it or get off the wagon. It’s a matter of taste, but no one can deny this film a good punch on the chin of imperialist colonialism. Criticisms of the film will come out, probably on the so-called social networks, all belonging to American companies. But one server liked ‘Wakanda Forever’ a lot.