Familial Mediterranean fever is a rare genetic disease. However, it can cause damage to vital organs if not treated properly. Thus, early diagnosis and follow-up of the disease are essential 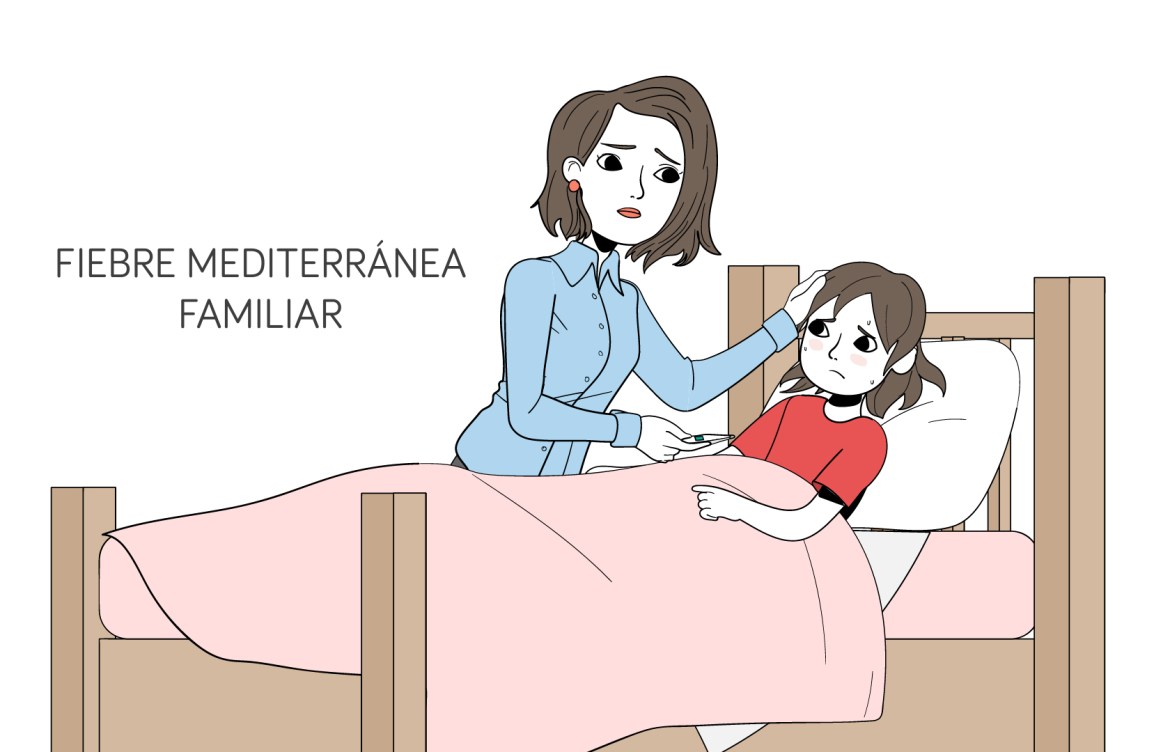 Image provided by the Spanish Society of Rheumatology (SER)

The familial Mediterranean fever it is the most common of all diseases monogenic autoinflammatory.

In fact, worldwide, its prevalence is estimated at 1-3 cases per 10,000 inhabitants, according to Spanish Society of Rheumatology (SER).

What is the cause of the disease?

Familial Mediterranean fever is a rare disorder that is passed from parents to children, so it is from hereditary character.

“Although many factors are involved in its development and clinical variability, the fundamental mechanism underlying this disease is a pathogenic mutation in the MEFV gene, inherited from the parents, even if they are healthy”, explains the doctor Eztizen Labrador, rheumatologist at the San Millán-San Pedro de La Rioja Hospital Complex.

This gene creates a protein involved in the control of inflammation. And the disease appears in people who received two copies of the altered gene, one from each parent.

Among the symptoms most characteristic of this disease are:

Also, being one systemic pathology it can affect any organ and produce different symptoms.

Clinical manifestations usually begin in general during childhood and adolescence; however, the diagnosis can be delayed until adulthood.

Early diagnosis and early treatment prevents one of the complications most frequent of this disease: the secondary amyloidosis.

This is characterized by the accumulation of the amyloid protein A to the heart, kidneys, liver or nervous system, possibly causing organic damage.

What does the treatment consist of?

The standard therapy is based on the use of the colchicinewhich in addition to reducing or eliminating the outbreaks, decreases the risk of developing amyloidosis.

In the case of some patients who do not tolerate the drug or who do not respond properly, other drugs that block the interleukin-1 protein (responsible for making white blood cells).

Regarding the follow-up of the disease, “regular check-ups with the rheumatologist and other specialists are key to achieving clinical remission and a better quality of life,” says Dr. Labrador.

Despite having treatment, the disease has no cure so far, so those affected will have to continue to live with it.

The video, framed in the awareness campaign ‘Name him Rheuma’explains what this pathology consists of and reviews the most important aspects.