Guillermo del Toro’s Cabinet of Curiosities finally arrives at netflix. Hopeful horror anthology series based on stories by HP Lovecraft, Henry Kuttner, Emily Carroll and Michael Shea among others. Two episodes will be released every day and Cinephiles Frustrats have worked hard to review each one.

The Cabinet of Curiosities begins with the chapters ‘El Trastero 36’, directed by the Mexican Guillermo Navarro and ‘Ratas de Cementerio’, directed by the Canadian-American Vincenzo Natali. Without further ado… Let’s go to the nougat! 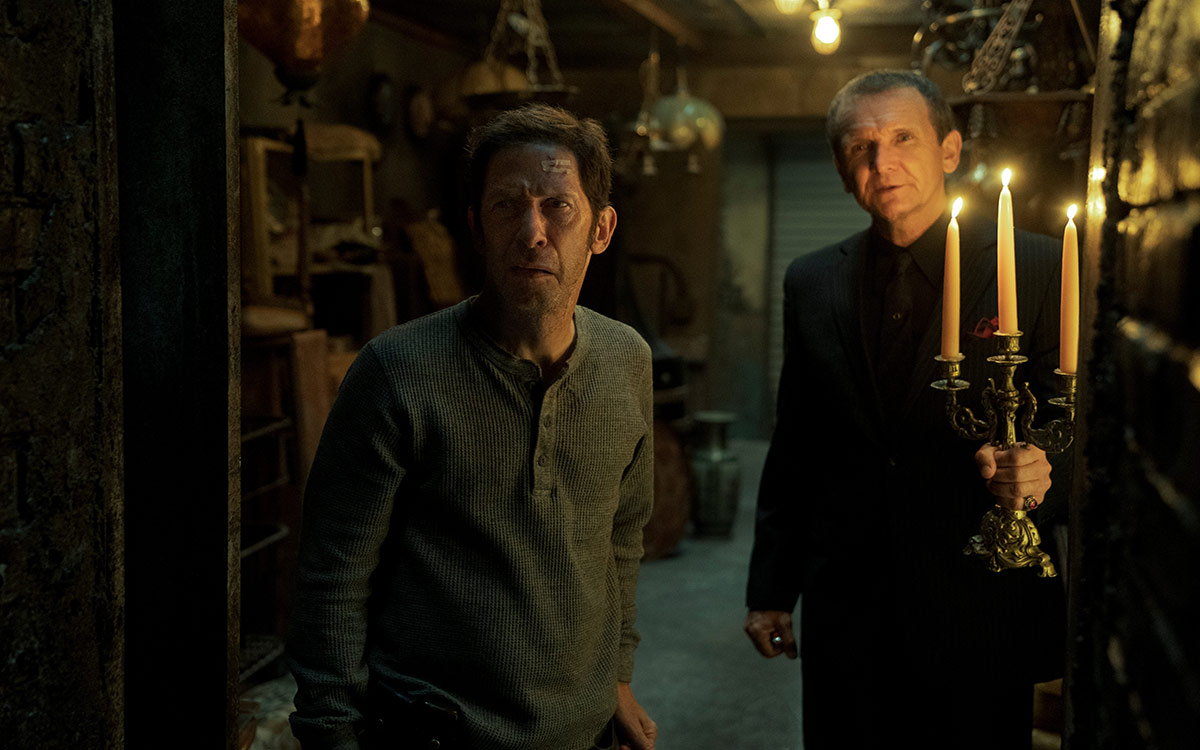 Nick Appleton is a debt-ridden veteran who, like the typical TV warehouse auction shows, gets a, Storage room 36, with the aim of being able to save the skin in time. The place keeps a secret that the protagonist will find out while looking for buyers for his strange and satanic objects.

Starring a great Tim Blake Nelsonknown for other roles as the bread of O´Brother, creates a wretch who has only one path, to fall into the depths of hell. A white Republican anti-hero who has no solidarity with anyone, let alone immigrants. The political component is very present from the beginning, placing the story in the middle of the invasion of the United States in Iraq, there in the early 90s. With George Bush father giving a pre-Gulf War speech.

At all times you are curious about what will happen, the atmosphere of the story is achieved and the further Nick Appleton goes into the storage room, the episode of Guillem Navarro it gets even darker. It doesn’t create fear, but it keeps you in suspense until the last moment. When you finish it, you are left wanting more and would like to know more about the former owner. 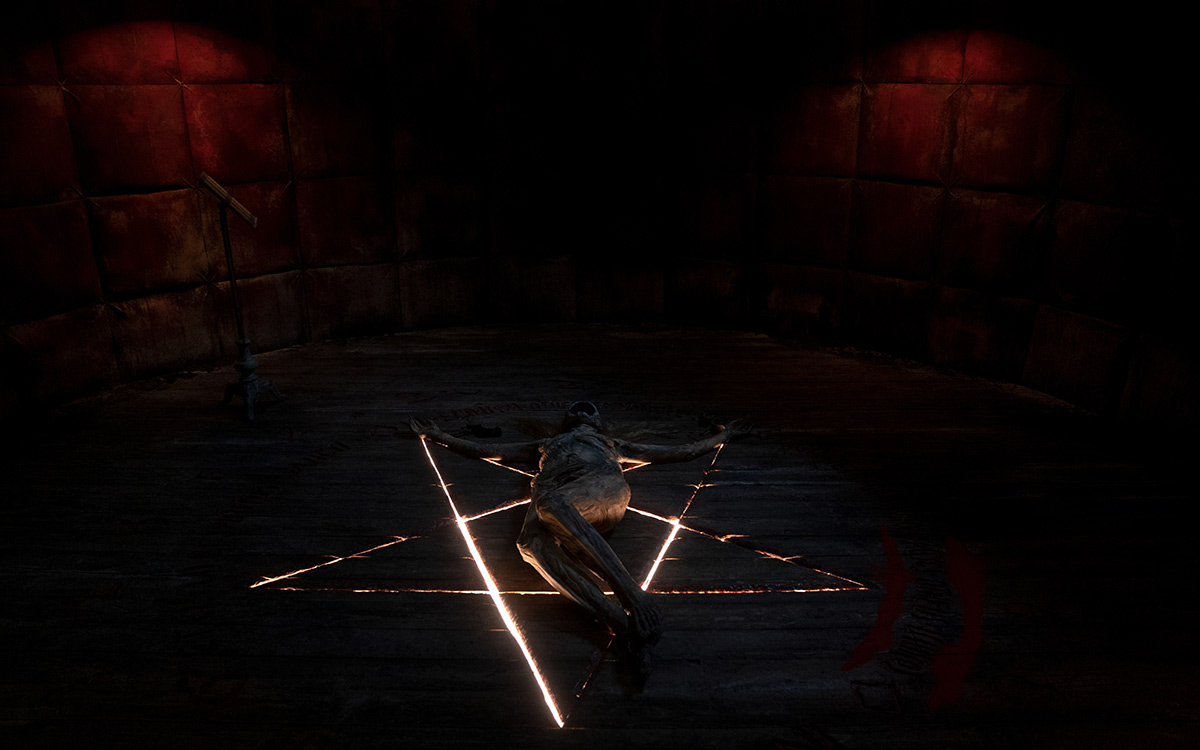 Storage room 36 that the protagonist buys has its own past. From the security camera where the former owner is seen entering in a strange way, causing some uneasiness to the viewer and then with all the rich content of objects inside, with a past that relates Nazism, to the war of Iraq and why not say, with the current state of an increasingly reactionary society. The chapter is creating the legend of Storage room 36before our eyes.

Guillermo Navarro, best known for his work as a cinematographer in films along with Guillem del Toro, Robert Rodriguez or even with one’s own Quentin Tarantino, dives into this dark history with ease, without great ostentation. He manages to create a good atmosphere and keep tension in the short 40 and a few minutes of the episode, which seems easy and not everyone can do it. Since he has so little time, the final resolution is too quick to be unsatisfactory. The episode could easily have been a movie.

Good start for The Cabinet of Curiosities with Storage room 36, without being a great episode leaves a good taste in the mouth and wishing to continue watching more episodes of this proposal by Guillermo del Toro.

The Cabinet of Curiosities 1×01: ‘Cemetery Rats’ 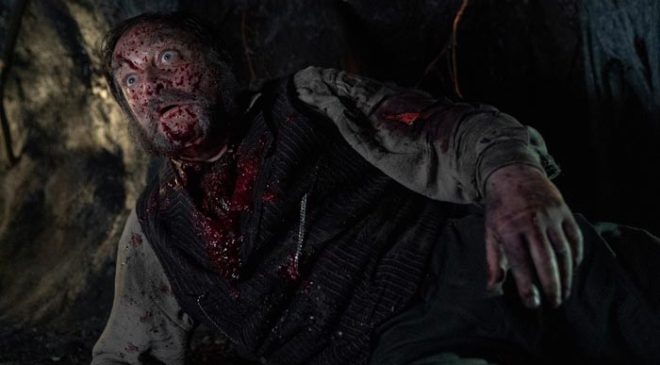 Masson is the caretaker of one of Salem’s oldest cemeteries. It has been fighting rats for a long time, when a colony of huge rats settled in the holy field, coming from the ships that arrived at the docks of the city. Masson is dedicated to desecrating the graves he is supposed to look after and the rats seem to be responsible for taking the precious treasures with which the deceased were buried before him.

One night, he surprises the rats in the act, while they steal a complete body and discovers that they use large tunnels underground. Masson sneaks through these tunnels behind him and encounters something much bigger than he expected.

The chapter is directed by Vincenzo Natali and is perfect for him. There is nothing else that this filmmaker does better than films with people locked in the most diverse labyrinths, endowing his works with a great atmosphere of tension and anguish, being suffocating at times. Good examples of this are Cube (1997) and A l’herba alta (2019), the latter also a Netflix original and currently in its catalog.

The original story used for this episode comes from a short story of the same title written in 1936 by Henry Kuttner. I leave you a link here in pdf if you like to read it. 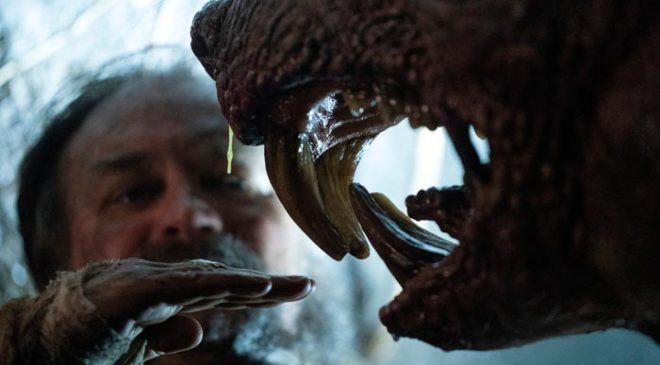 This episode, like the first, ‘El Trastero 36’, affects the greed of the human being. Masson is a character who is drawn into a dark and terrifying underworld by sheer ambition and greed. There are more rats than those listed as rodents, the other grave robbers and Masson himself are also.

Graveyard Rats is not only gothic horror, it becomes an unexpected adventure work in a place that a priori seemed to have no such dimensions. The quality of the fragment is undoubtedly excellent.