The Spanish Society of Cardiology and the Spanish Heart Foundation, with the support of the National Association of Health Informants (ANIS), today recognized journalist Nerea Díaz Maroto with the VII SEC-FEC Journalism Award in the category of Digital Media

Díaz Maroto, who minutes before hearing the name said his heart was racing, had presented his work for the award “Vascular Risk Units for the control and prevention of cardiovascular diseases”, published on the EFEsalut website of the EFE Agency.

This multimedia report, which includes text, video and photographs, focuses its attention on the main cause of death in economically developed countries: vascular diseases, the prognosis of which improves with Vascular Risk Units, as happens in the Hospital University of La Princesa de Madrid.

The EFEsalut journalist interviewed three Internal Medicine doctors, a specialist nurse and a patient to show the reasons for the decline in the mortality rate due to vascular disease; for example, 50% due to improvements in treatment and management in the acute phase of coronary syndromes and stroke.

Journalism awards to promote the visibility of cardiovascular prevention

In the other two categories, Print Media and Audiovisual, the awardees have been Cristina García Lucioof the newspaper ‘El Mundo’, for its reporting ‘Health goes by neighborhood‘; i Manuel Delgado Fraileof “Canal Sur Radio Huelva”, for its radio reportWoman, heart attack from 45: the reward is an open-hearted message‘.

The other six journalists who have reached the final, two per category (Print, Digital and Audiovisual Media, respectively), collected the corresponding accreditation diploma:

Teresa Guerrero Fernández, from ‘El Mundo’, for ‘The ill health of the planet damages the heart‘.

Verónica Palomo, from Consumer magazine, by ‘Physical exercise: the best medicine against obesity’.

Gema López Albendea, from Fes Magazine, by ‘First aid at school: how to learn to save lives from the age of five’.

The SEC-FEC Journalistic Award has as a goal to recognize those journalists who, with their work, contribute to expanding the spread of knowledge of cardiovascular diseases among the general population and specialized sectors.

At this seventh edition, whose event of celebration and awarding took place at the Casa del Cor in Madrid, 75 journalistic works were presented. Each winner received a cash prize of 2,000 euros and a distinctive trophy.

Both specialists highlighted the vital importance played by the media in the dissemination of health.

“They must be the permanent and systematic speaker of the prevention of cardiovascular diseases, especially in the field of childhood and adolescence; a fragile and unprotected sector of the world’s population”, they framed.

The total number of deaths due to a cardiovascular event in Spain is close to 120,000 each year and “many and many and they are as a result of inappropriate lifestyle habits for their health from childhood, also at the level cardiovascular”, they emphasize.

“It is necessary to remember – points out Dr. Pérez-Villacastín, head of the Cardiology Service at the Hospital Clínic Universitari San Carlos – that 97% of families think in surveys that the state of health of their sons and daughters is good or very good; but the health figures say something else, since 35% suffer from some risk factor, especially overweight or obesity“.

“We have focused on repairing the damage in adulthood, caused by a poor diet, with a predominance of saturated fat and sugary drinks, or by smoking and alcoholism in adolescence, instead of tilting much of the our effort in prevention”, he emphasizes.

In fact, they are already the youngest girls, teenagers, the most they smoke.

“And we must insist to the entire female population that their so-called hormonal shield will cease to be so after menopause; and that then, among other episodes, the myocardial infarction and the stroke will arrive”, explains Dr. Íñiguez Roma, head of the Interventional Cardiology Unit and the Cardiology Area of ​​the Vigo University Hospital Complex.

For these and other reasons, the two cardiologists, in addition to making a self-criticism in the dissemination work of the SEC and the FEC, request the mass media to insist on the serious damage to our present and future health of unhealthy habits, such as unhealthy eating, sedentary lifestyle, smoking and drinking alcohol.

The messages must be positive and encourage physical exercise, sport, human relations, culture and healthy lifestyle habits based on the prevention of all kinds of diseases, especially those related to accidents of the cardiovascular system. 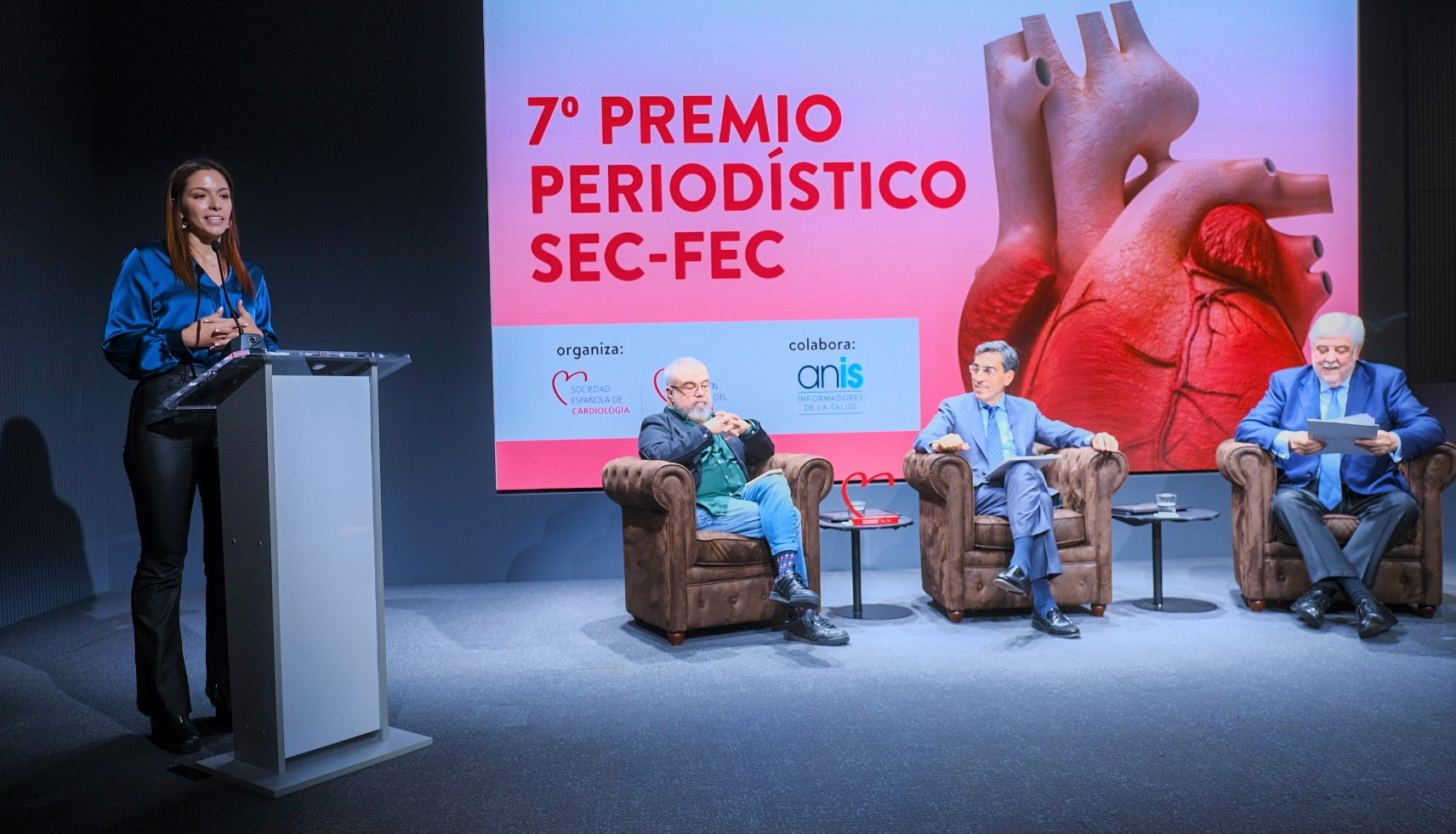 “This award, an honor for me, I dedicate to my parents. In addition, I want to make a special mention of recognition to Javier Tovar, Ana Soteras and Gregorio del Rosario, the EFESalut team of the EFE Agency who welcomed me with all their experience so that I could continue to train as a journalist” .