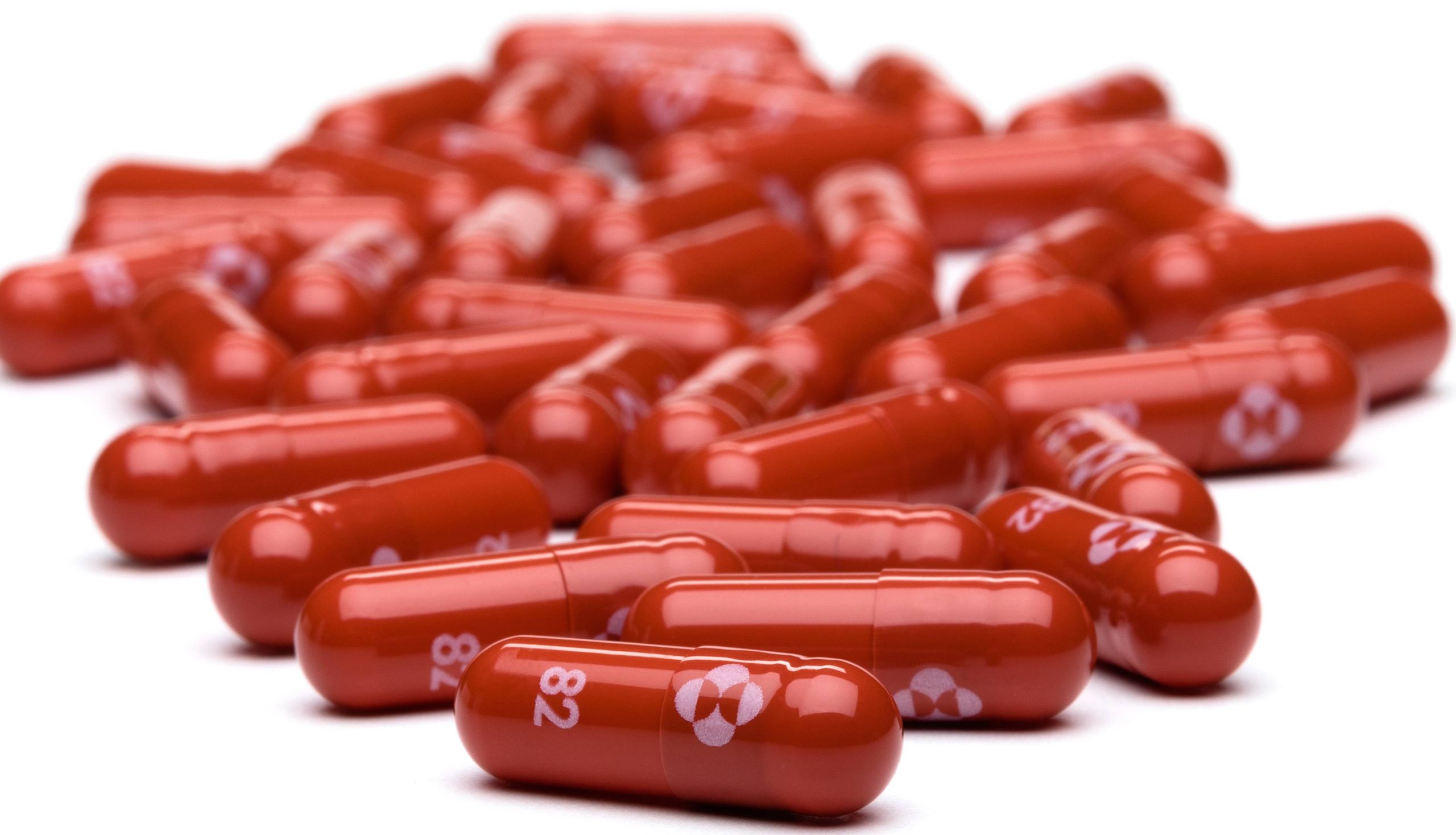 The success of the vaccines against the Corona virus put in the background the race that is being carried out by science to find drugs to cure the COVID-19. Until now, there has been little success in finding an effective treatment against Sars-Cov-2 infection.

With immunizations reported to be over 90% effective, a drug to cure COVID-19 seemed unnecessary. However, experts believe that with the emergence of new variants of Sars-Cov-2 that evade the immunological response generated by vaccines, therapies may be the second line of fire to slow the advance of the virus in immunized people.

And, science is already making available some drugs that may be key to stopping the “post-vaccination waves and outbreaks” that can generate Òmicron and other potential variants.

Due to their easy administration and because they act in the early phase of the infection, there are two that stand out from the rest: molnupiravir i paxlovid.

“They are complementary strategies. Vaccines serve to prevent by generating immunity and direct-acting antivirals are an early treatment for people already infected”, says Fernando Riera, head of the infectious disease service at the Allende Sanatorium (Córdoba) and member of the Argentine Society of ?Infectology (Sadi ).

And he gives as an example what happens with chicken pox for which there is a vaccine and also a treatment (acyclovir) that serves to prevent the progression of the disease once the person has been infected.

Drug that could be used to cure at home: molnupiravir

Molnupiravir is an antiviral from the Merck laboratory (MSD in Argentina). The great advantage is that it can be taken orally at home and thus avoid the need to occupy hospital beds. Early results from phase 2/3 clinical trials indicated that it reduced the risk of hospitalization and death by 50%. Then it dropped to 30%.

While Merck awaits emergency authorization in the US, already succeeded its approval in the United Kingdom. There it can be applied to adult patients with mild to moderate cases of COVID-19 who have at least one risk factor for progression to severe disease.

As part of the expansion of Ómicron, the government of this country has already designed a pilot plan to deliver these pills to patients at risk, 48 hours after they are diagnosed with COVID-19. The window to administer this drug is within the first five days from the onset of symptoms, so early testing is key to gain effectiveness.

However, molnupiravir has a mechanism of action that can generate controversy. What it does is cause the virus to produce many mutations, which prevents it from replicating and continuing to infect the patient.

The discussion is whether the drug can also generate mutations in the person’s DNA. A panel of experts in the US agreed to give the treatment the green light in a widely divided vote with several objections. It is likely to be ruled out for pregnant women.

Another problem is the cost. A first analysis showed that the treatment (two pills a day for five days) would have a value of $700.

But the lab signed an agreement with a consortium of 105 low- and middle-income countries (Medicines Patent Pool), which does not include Argentina, to reduce costs to $17.

“One problem is the cost, especially when it’s a massive infection like COVID-19. The target population must be people with risk factors that may have a bad evolution due to age, immunosuppression and others,” says Riera.

Meanwhile, the drug is still being tested in a phase 3 clinical trial in several countries. In Argentina, the study is carried out at Clínica Independencia (province of Buenos Aires) and at the Medical Institute of the Clinical Studies Foundation (Santa Fe).

Paxlovid (from Pfizer) is a cocktail of ritonavir and another antiviral called nirmatrelvir. The latter emerged 20 years ago as a treatment for Sars-Cov-1, “the first Covid”. It acts on the protease, a virus protein that functions as a scissors in the process of viral replication.

At that time it never got studied in a clinical trial because that pandemic ended quickly. The laboratory adapted it to Sars-Cov-2. In clinical trials it showed 89% effectiveness to stop severe illness if taken within five days of the onset of symptoms.

Nirmatrelvir does not appear to have serious side effects. However, ritonavir intervenes in the liver so that nirmatrelvir is not broken down and can act on Sars-Cov-2.

The problem is that ritonavir cannot be used in patients who require medication for heart conditions, immunology, and chronic pain control. The laboratory assures that paxlovid is effective against variants such as Òmicron.

“The site of action of these antivirals is different from that of vaccines. Mutations of the virus occur mainly in the S protein, which is what it uses to enter cells and infect. Vaccines generate an immune response for this protein, but antivirals act elsewhere, therefore, they are not affected by the variants”, details Riera.

The infectologist warns that there is still no real-life data on these drugs, which is where the true impact will be seen. “I think they are useful and the key is to be able to optimize their use”, he says.

Monoclonal antibodies (MABs, for their acronym in English) were the great promise to face the pandemic. But the impact of the first generation of these drugs was mild. Their biggest problems are the costs and the way of application, but at the beginning they did not give the key to slow down the virus either.

However, a new generation of MAB has demonstrated efficacy between 70 and 80% before hospitalization or death. Although they must be applied in a fixed window since the infection is detected.

The most well-known was the Regeneron cocktail, which former President Donald Trump received when he contracted Covid-19. The FDA also cleared a combination of the Eli Lily lab and GSK’s sotrovimab.

In the latter case, it is a second-generation MAB, which maintains its effectiveness against the Òmicron variant.

“Vaccines are not enough because the virus is constantly mutating, herd immunity will take time to achieve and there is still mistrust of vaccines and inequality in access,” said Romina Quercia at a symposium for Sadi , Argentine infectologist who works in England. 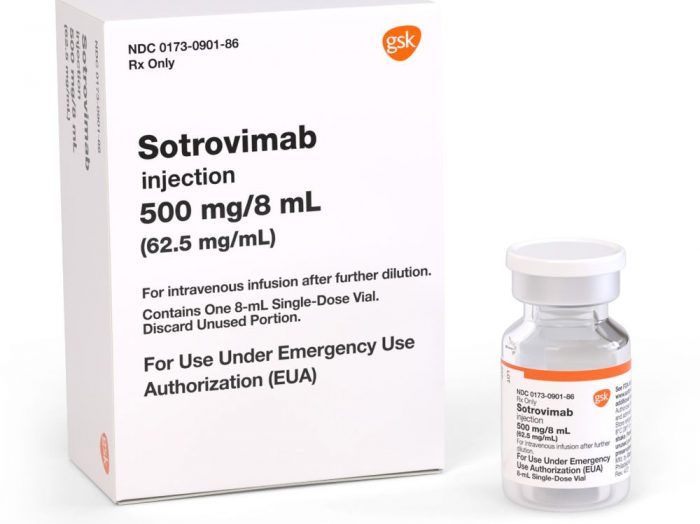 What are sotrivimab and evusheld

The expert, who participated in the development of sotrivimab, assured that second and third generation MABs can work as an immediate effect vaccine to be applied prior to a situation of high exposure or later that this happens.

Unlike the first MABs, the new generations have the ability to block the virus in sectors of the S protein that are less likely to mutate to form other variants. “The more conserved the region where the MAB attaches, the more resistant it will be to the variants,” said Quercia.

He added: “But MABs can also help mark infected cells to help the immune system detect and eliminate them. Cleanse the infection from the body”. Another characteristic of the new MABs is that some could be applied with an intramuscular injection and not intravenous as before, which requires hospitalization.

at the same time, new MABs are improving their duration to be more vaccine-like. This is the case of AstraZeneca’s Evushled, another MAB recently approved by the FDA. It is recommended for allergic and immunocompromised people who cannot get the vaccine. The advantage of Evusheld is that its protective effect would last up to a year.

However, Quercia has remarked that, due to its costs, it cannot be administered to all patients. “The most important thing is to properly profile the patients who may need it, which is why it is important to have a robust health system. But in the case of vaccinated immunocompromised patients, I would not hesitate to apply it if it is available,” he said.

At the moment, in Argentina, dexamethasone is only applied to patients who already have a severe case of Covid-19. In some hospitals, remdesivir is used, the first antiviral that was approved against Covid-19, but whose effect is not strong.

The rest of the therapies consist of calming symptoms at the beginning of the picture with ibuprofen or paracetamol for headaches and throat pains and fever. And provide supportive treatment with oxygen and anticoagulants when the condition worsens.

Ivermectin and others that fell by the wayside

Argentina’s hopes were placed on a series of treatments that did not prove to be very effective. These are the cases of convalescent plasma (not recommended by the WHO) and hyperimmune equine serum (developed by the Argentinian laboratory Inmunova).

Inhaled ibuprofen (from the Córdoba laboratory Luar) has not yet completed its clinical trial, although it was used in several provinces as a compassionate treatment. Ivermectin accumulated evidence against it as a treatment for Covid-19.