MYC is one of the most coveted genes in cancer research because it is involved in the progression of many common tumors and now a drug has shown, in the first phase of the clinical trial, to be effective in inhibiting its action and in some cases stabilize the disease safely. 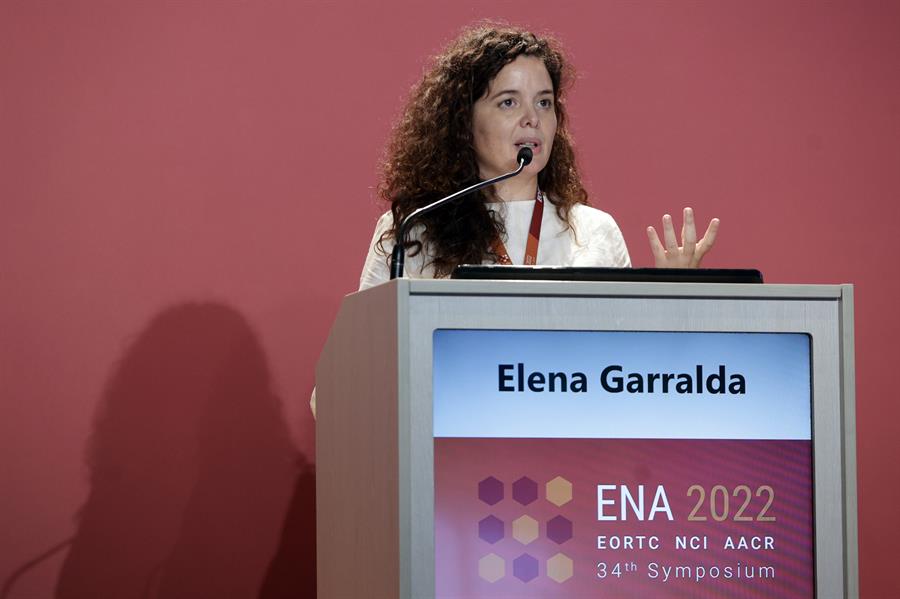 Dr. Elena Garralda, director of the Molecular Cancer Therapy Research Unit (UITM)-CaixaResearch of the VHIO, presents the drug research against the MYC gene present in many tumors. EFE/Quique García

The study on this drug directed against the MYC gene is led by the Vall d’Hebron Institute of Oncology (VHIO) and is one of the studies presented at an international symposium on clinical trials held in Barcelona.

Although the research has successfully completed only the first phase of clinical trials in humans (usually three before approval and commercialization), the results are promising because they target a MYC gene that is highly present in various cancers common

“MYC is one of the most sought-after targets in cancer because it plays a key role in driving and maintaining many common human cancers, such as breast, prostate, lung and ovarian cancer, and until now, it has not been no drug that inhibits it has been approved for clinical use”, explains Dr. Elena Garralda, director of the Cancer Molecular Therapy Research Unit (UITM)-CaixaResearch at the VHIO.

VHIO scientists developed a miniprotein called Omomyc (or OMO-103) which, in experiments in the laboratory and in mice, already saw that this drug was able to inhibit the action of the MYC gene to promote tumor growth.

Starting in April 2021, researchers began a phase I clinical trial in 22 patients to evaluate the safety of Omomyc and see if there were early signs of cancer control.

The patients had a variety of solid tumors, including pancreatic, bowel, and non-small cell lung cancer, and all had received between three and thirteen prior treatments.

In 8 of 12 patients who had a computed tomography (CT) scan after 9 weeks of treatment, tumor growth had stopped and was stable.

Of these, two had pancreatic cancer, three were colon, one non-small cell lung, one a sarcoma and the last a salivary gland tumor.

“It is still very early to evaluate the drug’s activity, but we are seeing the stabilization of the disease in some patients”, highlights the researcher, who has remarked that the biological markers also corroborate that they are “targeting MYC successfully” .

These preliminary results will be further evaluated in the phase II clinical trial, which the VHIO will begin in the coming months.

The symposium, which brings together 1,500 international experts at the Barcelona International Convention Center (CCIB), is organized by the main cancer research associations on both sides of the Atlantic: the European Organization for Cancer Research and Treatment Cancer (EORT, acronym in English), the US National Cancer Institute (NCI) and the American Association for Cancer Research (AACR).