Diseases, viruses or physical injuries are some of the direct impacts that climate change has on millions of people, but global warming also has a way of taking a more silent toll on its victims: affecting mental health. 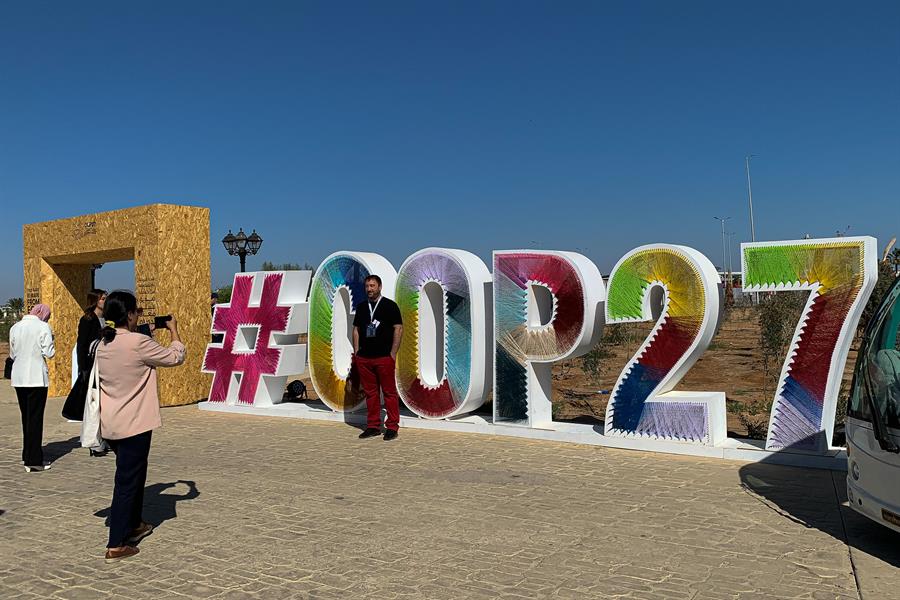 Sculptures of giraffes, rhinoceroses, rabbits and other animals made of recycled materials invade the park where the Egyptian Government enabled the Green Zone as a space parallel to the one intended for the COP27 climate summit in Sharm el-Sheikh. EFE/Rosa Soto

The World Health Organization (WHO) estimates that between 2030 and 2050 climate change will be primarily responsible for causing an additional 250,000 deaths each year from malnutrition, malaria or diarrhea, as the effects of this chakra directly affect the quality of air, water or access to food, among others. But the impact of climate change goes far beyond mental health.

“There is beginning to be research that indicates the link between, for example, extreme climate events and post-traumatic stress disorder (PTSD), and also anxiety problems, as a result of facing extreme climate events that we know about that climate change is going to increase its intensity and frequency”, says Melbourne University expert Kathryn Bowen to EFE, in Sharm al-Sheikh (Egypt) where the 27th Climate Summit, COP27, is being held.

Bowen is one of the main authors of a recent report by the Intergovernmental Panel on Climate Change (IPCC), which gave birth this year to one of the first investigations into this matter.

The expert assures that climate change beyond the direct victims will affect indirectly in the event of emergencies such as floods, droughts or cyclones.

And it’s that these extreme weather events can be the cause of mental illnesses like PTSD for people whose crops and main source of income have been taken away by the drought, which can also generate a lot of anxiety.

Other disorders, such as depression, stress or lack of sleep can be caused by the impact of climate change, according to the IPCC.

The report of this scientific entity, which generates the data that guides the world on how to respond to climate change, also points out that there is “emerging evidence” of a correlation between the increase in temperatures and the increase in cases of suicide, according to Bowen, who acknowledges that “much more research is required” to establish a direct link.

“We cannot say that there is a causal connection, because it requires specific epidemiological techniques, but we can begin to say that there may be some correlations”, says the academic.

These correlations can be established if it can be determined that a heat wave is occurring due to climate change and if the suicide rate varies with this increase in temperatures.

“If it varies, then we can talk about additional deaths (by suicide) that we can attribute to climate change,” he says, warning that several factors, including cultural ones, must be taken into account to determine a link.

The Global President for Youth of the International Federation of Red Cross and Red Crescent Societies (IFRC), Bas van Rossumhe assures EFE that in the humanitarian response, “the main focus has always been the physical health of people”, but sometimes “the aspects of mental health” are forgotten.

Likewise, he says that his organization is working in this sense and in a preventive manner against any type of natural catastrophe, to “prepare people mentally for the shocks they may face”.

For this reason, the IFRC is in contact with mental health specialists in countries affected by extreme climate events and with local hospitals, and also has its own network of experts in the sector.

However, he assures that it is still very difficult to address this aspect.

“Stigma is one of the most important problems around mental health, because if we can’t talk about it we can’t solve it. We can’t see it, we can’t observe it”, warns Van Rossum, who adds that, in addition, this matter is even more taboo in the countries most vulnerable to climate change.

Climate change has awakened, especially among young people, great concern for the future of the planet, which is being consumed little by little due to human activity and this also affects mental health.

This has been commonly called “climate anxiety” or “eco-anxiety”, as it encompasses a range of feelings such as restlessness, guilt and even anxiety, especially in countries most vulnerable to global warming.

Van Rossum recently traveled to Kiribati, an island country in the Central Pacific that will be one of the first nations to disappear due to rising waters. The World Bank estimates that by 2050 half of the Bikenibeu settlement, home to 6,500 people, will be submerged.

“When I was on the main island I could see how the country is being slowly swallowed up (…) talking to the inhabitants, you see tears in their eyes because they know that their land will disappear in 50 years”, pointed out the representative of the IFRC.

However, this “anxiety” is also present in societies that at the moment are not so vulnerable to the impact of climate change, which could even be positive to create more awareness and act once and for all, experts defend .

“As the level of anxiety in society in general grows, so does the urgency to act,” says Van Rossum.