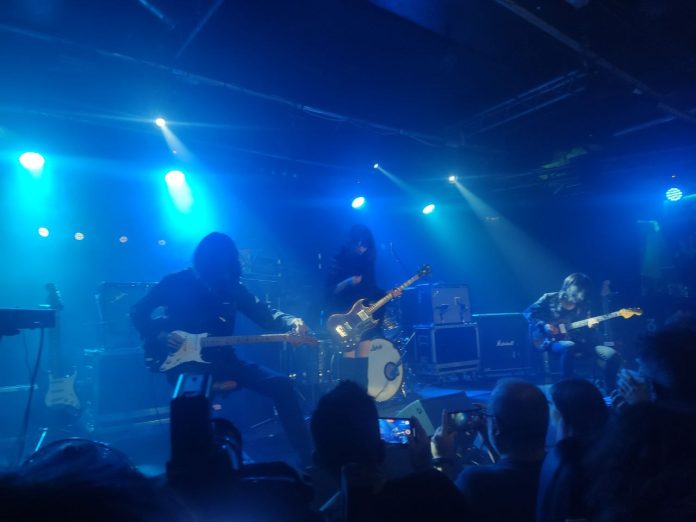 Chronicle of the Mono and AA Williams concerts at the Mon hall in Madrid. Host Madness Live!.

The festival season is over, but the indoor concert circuit is back with a bang, and one of the promoters that will bring the best music catalog to our country in autumn/winter is Madness Live!. Yesterday, it was the turn of Mono and AA Williams.

Yesterday, September 8, we gathered in the Mon room to enjoy one of the reference groups in Post-rock, the Japanese Mono. A band whose presentations are too much, and whose evolution I really wanted to see live, since I hadn’t seen them on stage for eight years. But to my surprise, and as a prelude to the Asians concert, AA Williams was doing the opening act. 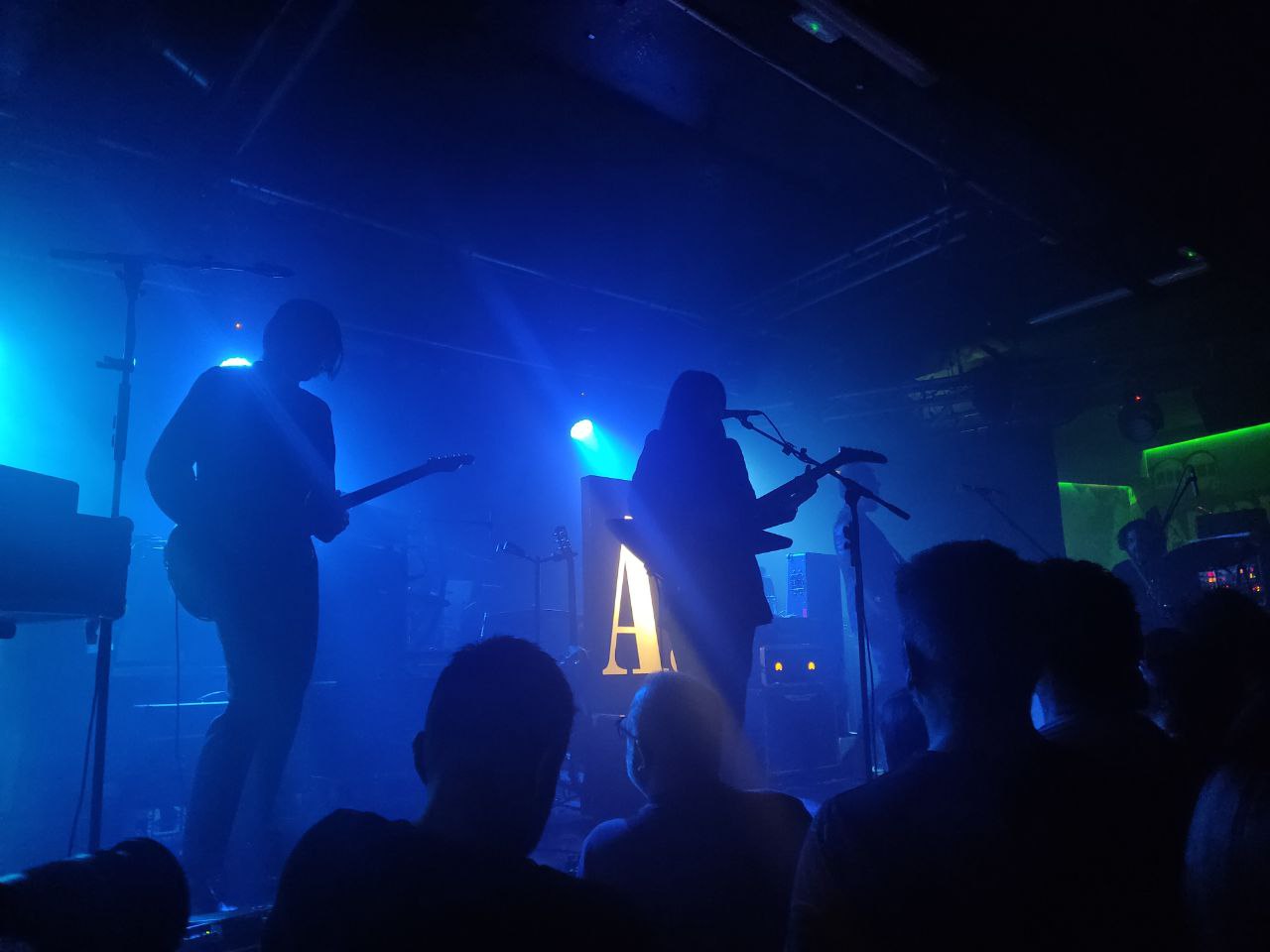 And what a delight! Ethereal, delicate, powerful sound, which at times flirts with the more painful aspects of shoegaze, but which explodes and flies like the best post-rock groups. It’s refreshing to find “new” names on the scene, and it’s that AA Williams, hasn’t stepped on a stage until April 2019, and his debut album, Forever Blueis from 2020. Precisely from this album, we were able to enjoy some tracks live, such as the remarkable Melt, an introspective dialogue with herself, after a breakup.

Although the concert was more focused on songs from his latest work, the very interesting one SFungi From Isolation (2021), a tender and introspective work, in which he even dares to cover the famous Radiohead song Creep. From this last work, they sounded on the stage of the Mon room, themes as abstract and complex as Golden, or Evaporate, the latter, possibly, which generated greater audience interaction with his proposal, with shy but intense head nodding to the rhythm – as each one could well – of the music. One of his first songs, the beautiful and sad one, was also part of the setlist Exit in Darkness, a song released in 2019, and which made the silence and respect that was being had in the room for his performance, become more than noticeable during the less charged passages. A theme, which he also shares with Mono, his godparents on this magical night. Undoubtedly, an excellent concert, and an artist to follow from now on, very closely.

And it was Mono’s turn. We already know that these people have plenty of time on stage and don’t fail. They can go from the most beautiful and tender songs to the most aggressive thrall in a few seconds. Anyone who knows them knows their magnetism, their live power, and yesterday was no exception. They started from less to more in terms of intensity, with Riptidetheme with which they open the Pilgrimage of the Soul (2021)his latest studio album, if we ignore, of course, his collaboration on the soundtrack of My Story, The Buraku Story (2022). Riptide could perfectly define what Mono brings. This explosive variation within his songs, of going through different moods, and different ways of playing his own instruments.

He followed him Imperfect Things, from the same album, a much more abstract song, especially in its first bars, ideal for letting yourself be carried away, and floating in the room with its music. At this point in the concert, I decided to move away from the front rows, to stand near the soundboard. great idea The sound came through much cleaner, and even though there were quite a few people in the room, there was room in the back to be comfortable and get away from it all. 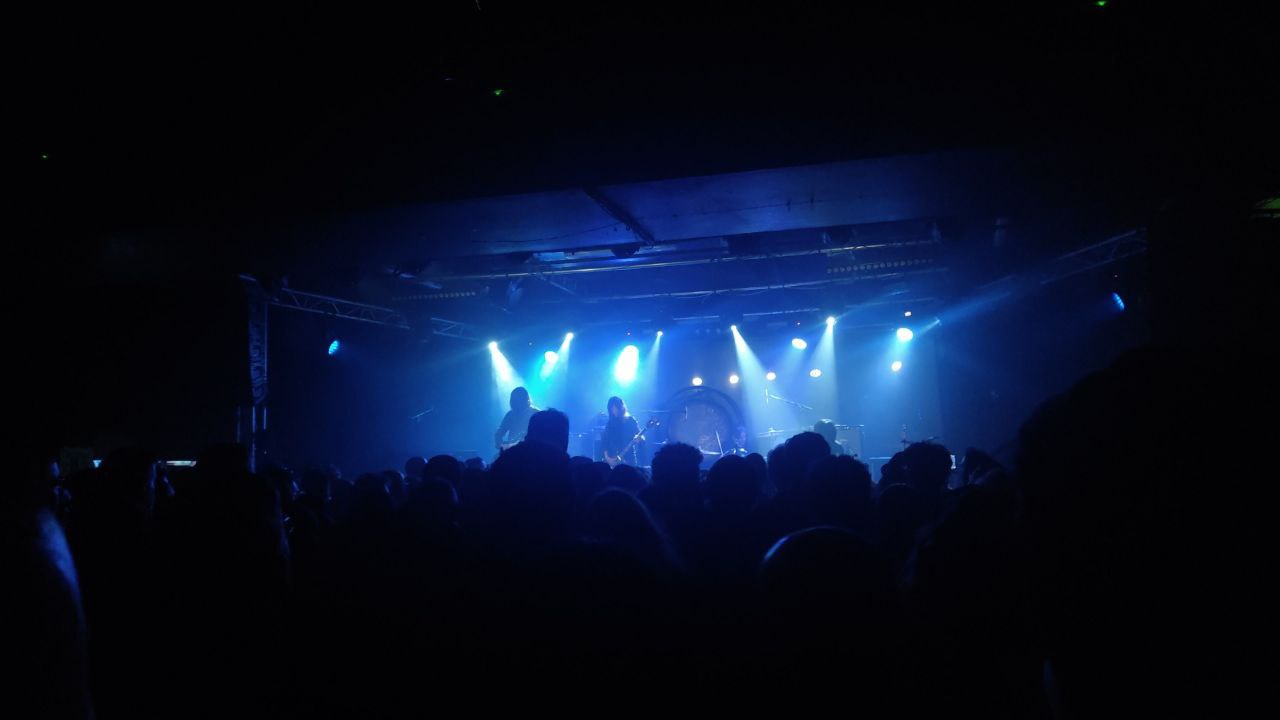 It would be the turn for Nowhere, Now Here, from the album of the same name, released in 2019. Another slow-burning song, and a percussive closing volcano, with guitars carrying, and an aggressive playing from the band that was infectious . After this, he would come Innocence, the last song they would play from Pilgrimage of the Soul, one of my favorite songs from the entire setlist. A hopeful construction, as if for 8 minutes, the fragrance of the teen angstthe perfect soundtrack for the end of a coming of age, the tune of a beautiful summer love.

Sorrow was the next song they played during the night. A track with a more “classic” post-rock structure, with many arrangements and a marked epic component, which served as a perfect contrast to Innocence. Sorrow would be followed by one of his most famous and iconic themes, the beautiful one Halycon (Beautiful Days)from one of his first works, Walking Cloud and Deep Red Sky, Flag Fluttered and the Sun Shined (2004). At this point, there was little more to do than to get carried away, float around the room, and understand the greatness of this band, which, again, had gone from storm to fragility, in just a few minutes.

And if you thought that the iconicity ends here, well no, because to close the night, arriving at concert time, they decided to play Ashes in the Snowof the famous Hymn to the Immortal Wind (2009). One of the most recognizable, epic, and memorable tracks from his discography.

It seemed that the concert would end there, but luckily for us it was not so, because there were still two tracks left as an encore, to end the concert. Success in Darkness (yes, the same song that AA Williams had sung an hour earlier, this beautiful collaboration between the two) gave us all goosebumps. What wonder, what sensitivity, what much-needed collaboration.

But as only the Japanese know how to do, and as we have said several times, after the calm, comes the storm. Apotheosis and spectacular closing with How(?)from One Step More and You Die (2002)a golden colophon to an introspective, crazy, and full of distortion night. Nice surprise AA Williams, and Mono, as usual, giving an excellent show.

To personally thank Madness Live! for the good treatment in the management of the concert, and long live post-rock.