It’s finally time to see the work of just 48 hours of filming. A feat that leaves audiovisual gems that you won’t even believe. Out of 14 teams, only 9 have been able to reach the finals of the Chicharrón Film Festival.

The cinema of the east 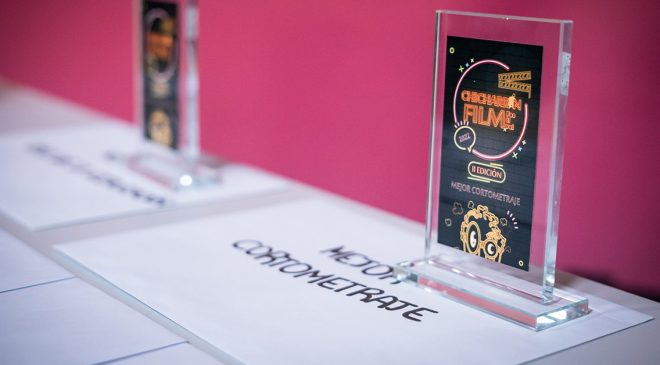 Day 7, the closing gala of the Chicharrón Film Festival II, all or nothing. When things are done with desire, the rest counts for little. It doesn’t matter how much time you have, the resources or even the human team; you just have to let yourself be carried away by the cinema, the camaraderie and the will to surpass yourself. With these three elements you can go very far. And watching the finalist short films we realize that cinema keeps reinventing itself every time there is interest and the desire to do something better.

A man reflects on a very important value in this life. With a touch of European independent cinema and a cry to the artistic value of life, in ‘Ella’ we travel through the mind of a man who searches around him and in books for the muses. A story told in voice-over and spun like a desperate story.

A group of friends gather to dispose of their friend’s ashes. Without dialogue, this short film uses a wonderful soundtrack to be able to narrate like never before a truth that we often keep silent. A call for justice, for the fight for a society with less blood on the streets. It doesn’t take much to be mesmerized by this short.

We live the life of a young woman who wants to be a model, but everything goes wrong when she is humiliated. Protest as a short film about this fateful obsession of modeling agencies with that perfect body. In this project we see not only the frustrations but the inner struggle suffered by women who want to have the idyllic weight to achieve the dream.

A couple celebrates the birthday of one of the members when, when making a wish, one disappears forever. Starting as a good romantic piece, this short film turns into a beautiful work of science fiction where we will encounter one of the greatest curses, that wishes come true. This short film has a mention for best sound.

The change of seasons

A group of friends who have not seen each other for many years discover some challenges that they tried to end up as students. A social drama that looks back through time. Memories that intersect with before and after in a tram that is not only metaphorical, but also true. This short film has a mention of the best use of the Hashtag.

When the breeze blows

A young man tries to move on, but someone from his past keeps coming back to anchor him more in what he once was. Using the social as a base and mixing the fantastic with the educational, this short film brings together the essential parts to keep us glued to our seats until the end. This short film not only has a mention for best screenplay, but is also the winner of the audience award.

Now we stand dry. And I would like to remind you that on the YouTube channel of this wonderful event we find all the short films presented not only in this edition but also in the previous one. To finish this day 7 at the Chicharrón Film Festival II we will see the winners of the monetary prizes of this edition.

The mayor of the city of Chiclana is trying to make a pact with the Levant to leave the city, or so it seems. Humorous and with that wonderful touch of absurd comedy, this short film is the one that has caused the most positive reaction in the public that was present at the gala. This short film has a mention for the best interpretation and a prize for the best use of the object (Remember that it was the word ‘East wind’).

A young man trying to get his life back together after his time in prison only sees problems finding work. Social drama with a retrospective look at humanity. A mirror that uses the irony of circumstances to make us realize how cruel we can be. This short film has a mention for the best production and an award for the best use of localization.

Beep (or what happens when nothing happens)

A cashier makes guesses about what each customer takes. A suspense plot with surreal games that take us from an assumption to the deepest confusion. Use of dreams and flashforwards that make this footage a thriller lover’s delight. This short film has a mention for the best photography, another mention for the best graphics and, in addition, it takes the award as the best short film of this edition. 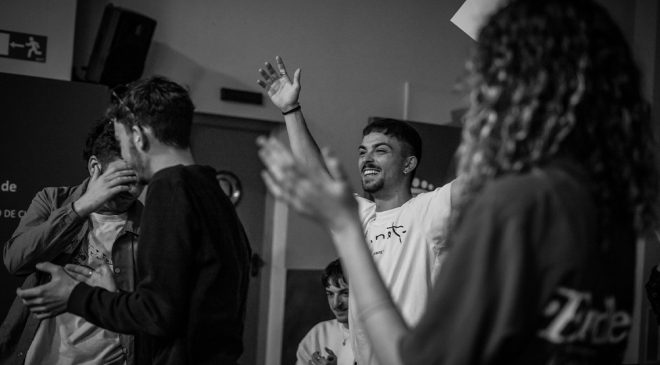 I hope you enjoyed this review of the second edition of the Chicharrón Film Festival in Chiclana de la Frontera. I would like to thank the whole organization that made my job very easy. It is noticeable that when it is done with desire, passion and the energy to do things well, these things happen. Feel free to check out the YouTube channel to enjoy each of the short films presented.