The causes and consequences of migration are political, social, economic or cultural situations that drive the departure from the place of origin or the arrival at the place of destination. These are usually factors that will reduce the quality of life and that the migrant tries to solve by moving from their city or country.

For example, one of the causes of migration in Mexico, which is common in Latin America, has to do with poverty. This makes it very difficult for many families to improve their living conditions and they are forced to migrate internally, change cities, or leave the country temporarily or permanently.

There are, then, two major types of migration: internal, when done within the territory itself, or external, when sold out of the country. But there are also other types depending on the length of stay, the age of the migrants, the destination chosen, and so on. All of them are driven by causes and have consequences both at the place of origin and at the final destination. 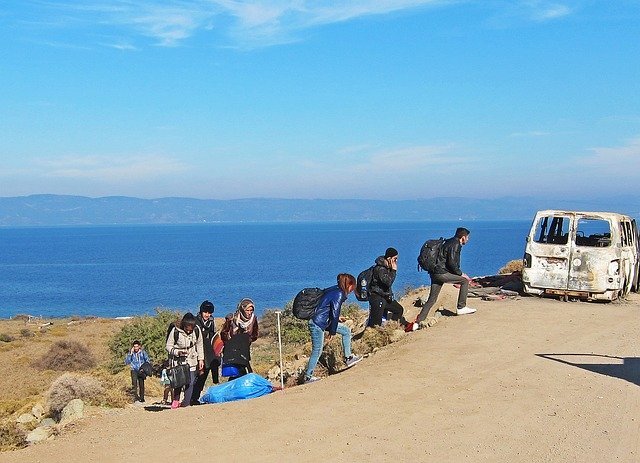 It refers to the motivations of migrants to leave their place of origin. These causes can be political, economic, social, cultural, ecological, or armed conflict, as described below.

Political conflicts in a country can drive migration depending on the severity of the case. Coups d’etat, instability in the alternation of power, without taking into account the expression of the popular will, etc., generate a situation of instability that requires migration.

When a person is persecuted for his political ideology and has to leave his country voluntarily or because he has been expelled by the authorities, he is called a political refugee.

For example, the current Chinese government’s pressure on political dissidents has led many of them to leave the country after being persecuted or imprisoned. This is the case with human rights activist Teng Biao.

The level of economic development of a country directly affects the quality of life of its inhabitants. Therefore, countries with severe economic crises are often a breeding ground for migration processes, as their inhabitants have to move to find more or better income to survive.

An example is that Venezuela, with a hyperinflationary crisis coupled with food shortages and deteriorating public services, has generated an estimated migration by 2020 of about seven million people, according to UNHCR figures. It is the equivalent of the population of Paraguay for the year 2021.

Another example is Haiti, a country with a severe economic crisis, which has led to the migration of 14% of its population by 2019, according to UN data. Most of these trips are to the Dominican Republic.

The desire to know and integrate other cultures into one’s own is also a cause of migration, especially among the younger population. University, postgraduate or language courses are often the most common ways to migrate, either temporarily or permanently.

A very common example in Europe is the Erasmus program, which promotes student mobility in much of the European economic community. They can study for three to twelve months in another European country and when they return, their studies abroad are recognized by their university.

Migration can be driven by difficulties in the social environment that deprive the migrant of quality of life and their family environment. Insecurity and unemployment are common causes of migration to Latin America, which promotes mobilizations to other countries inside or outside the continent.

For example, one of the causes of migration to Mexico has to do with insecurity, expressed in assaults, robberies and violence generated by drug cartels operating in the country. These situations have stimulated migration into and out of the territory, in this case to the United States.

These causes have to do with both natural disasters (earthquakes, hurricanes, floods, etc.) and the effects of climate change (desertification, disappearance of drinking water sources, extreme temperatures, etc.). These situations often lead to forced migration, as the inhabitants of the territory have to leave their place of residence in order to survive.

An example is the islands that make up the Kiribati archipelago in Oceania. As a result of climate change there is a gradual increase in sea level. This situation will lead to the disappearance of all the islands by 2035. For this reason, many of its inhabitants have already left the islands, and the migration crisis is expected to worsen as the situation worsens.

Wars, whether between the forces of the same territory or between countries, create a situation of turmoil that forces people to move to preserve their lives. Wars are often the result of political conflicts, so they are closely related causes of migration.

One example is the war in Afghanistan, which began in 2001 after the September 11 attacks on the United States. Since its inception, waves of mass migration to different European countries have been generated.

What happens when migrants arrive at their destination? Exchanges between migrants and the local population can have political, economic, cultural and social consequences. In addition, migration can affect people’s mental health. All of these causes are described below.

1. Policies: changes to the laws of entry into the country

Migration can lead to changes in the policies of recipient countries, either to make laws more flexible and allow migrants to enter, or to support and discourage new entrants.

Migration can be used in political discourse to propose or promote xenophobic measures, especially in those countries that have received massive waves of migrants.

In 2017, for example, then-US President Donald Trump proposed the creation of a border wall between the United States and Mexico to stop irregular migration. This proposal was severely criticized, especially by the Mexican government.

Mass displacement has a direct impact on economic indicators, both in the country of origin and in the host country. A country with a large labor force cannot produce, and if it does not produce, it does not generate income. This in turn has an impact on declining employment, rising inflation, rising poverty levels, and so on.

On the other hand, at the destination, the arrival of potential workers can have a positive impact. Migrants help to diversify the workforce, and when their situation regularizes, they begin to pay tribute to the host state.

An example is the data from BBVA Research, which states that the economic impact of Venezuelan migration to Peru helped increase the country’s gross domestic product by 0.08% between 2018 and 2019. These are about 175 million extra dollars for the Peruvian economy generated by Venezuelan workers.

Migration generates new cultural dynamics that are expressed in an exchange of experiences, languages, customs and traditions that in the long run may include mixing. Migration promotes interbreeding and enriches the culture of the host country.

An example is European migrants who arrived in Latin America at the end of World War II. In addition to joining the destination countries (Venezuela, Colombia, Chile, Argentina, etc.), they also shared their cultural legacy, which is expressed in the enrichment of the language, mestizaje and gastronomy.

In the destination country, demographic changes may be reflected in increased demand for people in need of employment, access to health and education, and an increase in local consumption.

As a result of these changes, the local population may feel threatened. This uncertainty, and the problems that already existed in that place before the wave of migration, can generate xenophobic ideas, such as the presumption that foreigners are taking away their jobs or that crime must be in the presence of migrants.

Migratory processes can be very difficult in psychological terms. Especially when it comes to forced migrations, when people are minors or when the mobilization is done alone.

The way you approach the migration process varies from person to person. In some cases, they may experience sadness over what we have left behind, uncertainty, and fear of the unknown. In more severe cases, migrants may experience anxiety, depression, or post-traumatic stress disorder, especially in cases of migration caused by war or violence.

An example can be found in the integration processes of migrant children. In some cases, they may experience stress at the thought of starting a new school, understanding another language, or making new friends, while at the same time having to think about the slightest nostalgia for being friends or family.