Inactivity, tobacco and lack of vegetables: study shows how certain lifestyle habits can be related to cardiovascular mortality in menopausal women 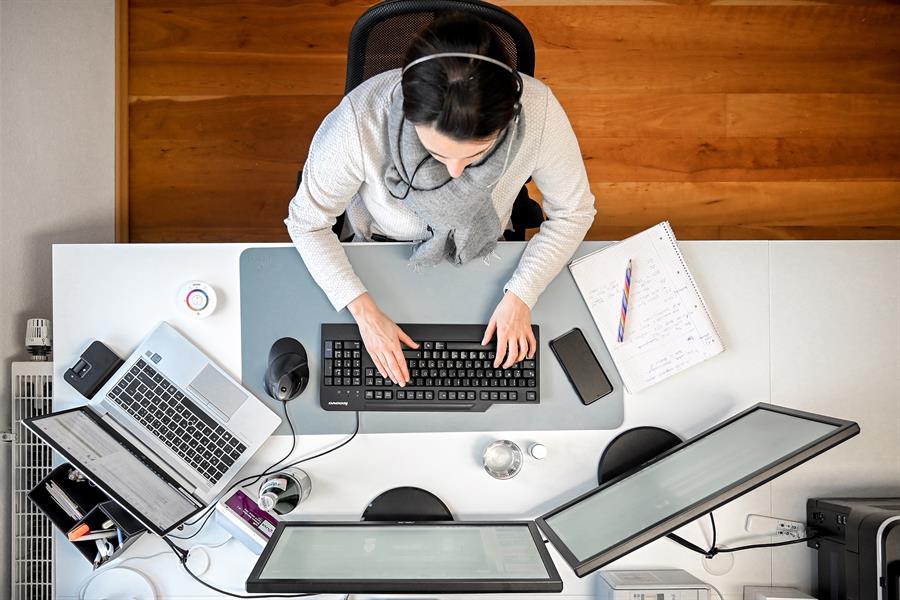 The recent publication in the Spanish Journal of Cardiology (REC) of a study that ensures that there is a directly proportional relationship between certain harmful habits and cardiovascular mortality in women over 50 sheds light on a social problem that we have been dragging for a long time: the sedentary lifestyle.

From EFEsalut we have the doctor Vicente Bertomeu-González one of the authors of said study, to cover the subject from a practical point of view: How does it affect the heart? Can the damage be reversed?

It influences the cardiovascular mortality of women…

The study reveals that the three external (and therefore modifiable) factors that have the greatest impact on the risk of cardiovascular mortality in menopausal women are, in order of importance, inactivity, tobacco and insufficient vegetable intake.

In this way, it is stipulated that cardiovascular death is three times more likely among those women whose day is based on rest compared to those who in their day-to-day activities carry out some physical effort, at least be it Of course the question is this: to move. The problem? Let’s not do it.

“In our country we have an important epidemic of sedentary lifestyle and overweight”, says the expert.

And it’s that comfort wins us most of the time. Although Bertomeu qualifies: sport is important, but having a daily routine where the individual does something more than merely sitting is more transcendent than going to the gym twice a week.

In this sense, the office work they will influence to a large extent: in this type of profession not being seated is not an option.

What we already know about tobacco

As previously mentioned, the second factor that increases the risk of cardiovascular death in women in the indicated age range is tobacco. Women smokers have a 81.6% more likely to die from this cause than those who have never smoked.

In third place we find the consumption of fresh vegetables.

“The study has come to the conclusion that the probability of dying from cardiovascular problems is eight times higher than not consuming the minimum recommended portion of vegetables,” says the cardiologist.

This results in a 75.8% increase in the probability of death if the diet does not include at least the consumption of fresh vegetables more than three times a week.

But there are also unmodifiable factors

Dr. José Antonio Quesada, another participant in the study, emphasizes the fact that, within the sociodemographic variablesage is the only one that presents differences in the risk of death.

“For every year that a woman gets older, the risk of cardiovascular mortality increases by 14%,” explains Quesada.

But in addition to age, Bertomeu adds factors that can also affect the figures such as high blood pressure, sugar and cholesterol.

For this reason, the study contemplated the follow-up of 5,953 women between 50 and 103 years old with different pathologies, such as arterial hypertension (suffered by a 42% of the participants), hypercholesterolemia (34%) and diabetes (14%).

The selection of this sample is not random: the goal was for the figures to be representative of the whole of Spain.

But beyond the results of the study, knowing the ravages of this type of habit is essential.

“It has been known for years that these modifiable factors affect the functioning of the heart, what was unknown was the weight they really had”, the cardiologist tells EFEsalut.

The study provides important figures that make visible the need to take letters in the matter. Because the one who pays the consequences is our body.

To what extent does it affect the heart?

The consequence of this type of daily habits is what we know as arteriosclerosis, the hardening and blockage of the arteries of the circulatory system, which is the cause of strokes and heart attacks, among other things.

Can I reverse the damage?

But don’t panic. The damage can be reversed. Although to some extent and not always completely.

In the case of not having suffered one heart attack or stroke, we can maintain the viability of the circulatory system to prevent it from developing. In other words, it can be prevented as long as it starts in time.

But the most important thing is this: stop bad habits while there is still time.