The summer of 2022, in pure box office terms, will be remembered as one of the biggest unexpected hits in history. The more than 1400 million (and counting) of Top Gun Maverick they are a nice slap in the face to those who like to predict the box office or, worse, judge whether or not certain sagas are in commercial collapse.

With 1440.7 million collected worldwide, and still not having completed the commercial route, Top Gun Maverick it confirms its status as the biggest surprise in recent box office history (and we should wonder if it isn’t already in its entirety). The coincidence of time has meant that when we resume our box office section, Top Gun Maverick is in the numbers that we already advance in our July 4th article. At the upper end, yes, but right after all: 700 million domestic and 1400 worldwide.

This past weekend in North America, with a collection of 7.9 million at the box office, including the four days (Labor Day), Top Gun Maverick reaches 700.3 million and exceeds virtually a Black Panther to establish as the fifth most successful film of all time (without adjusting for inflation of the average ticket price, of course). Since the fourth on the list, Avatar with its 760.5 million, it is already too far, this will be the definitive position of the film starring Tom Cruise.

We are talking about a historic box office list, the Top 5 of which is headed by the most anticipated film in history in North America, the Episode VII (with permission from the I), with 936.6 million, Endgame with 858.3, the incredible at the box office No Way Man with 812.3 and the aforementioned Avatar. They are behind Infinity War, Titanic, Jurassic World i avengers. Business milestones that give an idea of ​​the dimension of success of Top Gun Maverick (although in the case of Titaniconce we adjust, it would go far, but very far). 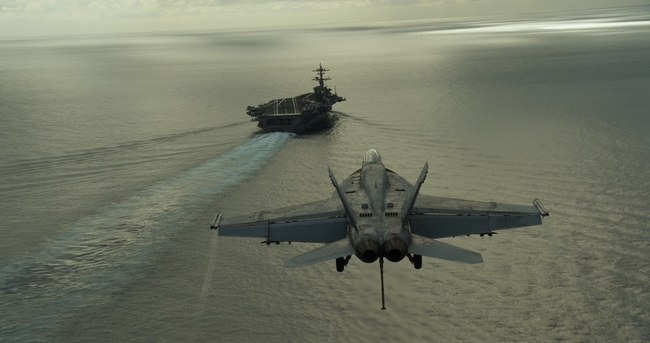 Yes with these 700.3 million Top Gun Maverick leads the provisional domestic list of 2022, with 1440.7 does the same with the world. In a year of recovery at the box office only the last installment of the saga Jurassic World (in a fall reminiscent of that of the last Star Wars saga), with 994.6 million, and the multi delivery of Dr. Strangewith 955.1, they shyly approach the pilot of the F18 Hornet.

At the global all-time box office level, Top Gun Maverick is currently at number 12, above Age of Ultron with 1402.8 million, and below the 1450.0 of the sequel of Frozen. The entry in the historic Top 10 is at 1515.3 of the seventh installment of the saga of tuned cars.

How much petrol does he have left? Top Gun Maverick at the box office? Maybe about 1460-1470 million. Enough to access the eleventh historical position. But if we’ve learned anything from this film’s box office, it’s that its potential is negligible: we still cannot definitively rule out the 1.5 billion. Remember that nominations and awards season is just a few months away. Oh! And he has achieved all this without China or Russia. exceptional