Mad Men, Brooklyn Nine-Nine, Parks and Recreation or the French girl Ten percent, TV series that represent the working world and their everyday life have been very successful for several years.

However, it is most likely the cult The Office (in the American version) which is at the top of the basket. Between inappropriate jokes, caustic humor, imitations of all kinds and small fights between colleagues, the day-to-day life of these office workers does not lack spirit.

When it comes to team building, stationery agency Dunder-Mifflin is no exception. Between the party’s organizing committee and the head of personnel, played by Steve Carell, in almost constant opposition, the activities on offer often border on disaster. A little guide to organizing a team that won’t end in disaster.

Team building, what is it?

It was in the 1920s when the concept of team building was born. Elton Mayo and his team of psychologists conduct a study on the behavior of employees, and quickly understand that a sense of solidarity and common goals can improve productivity.

It will take a few decades for the concept to spread and methodologies to emerge. Thus, it was in 1980 that we saw the first team building appear. A practice that will experience a boom from the nineties.

With the COVID-19 crisis, the practice of telecommuting has become democratized, to such an extent that it has sometimes become difficult to meet colleagues. The emergence of hybrid work and the return to face-to-face work raises the question of team cohesion.

What impact has this extended period of estrangement had on employee relations? How to effectively and sustainably integrate newcomers?

Thus, organizing a team building is an excellent way to unite a team that has not seen each other for a long time. Far from the commando courses that were common at the time, much less tough and physical team building activities are offered today. 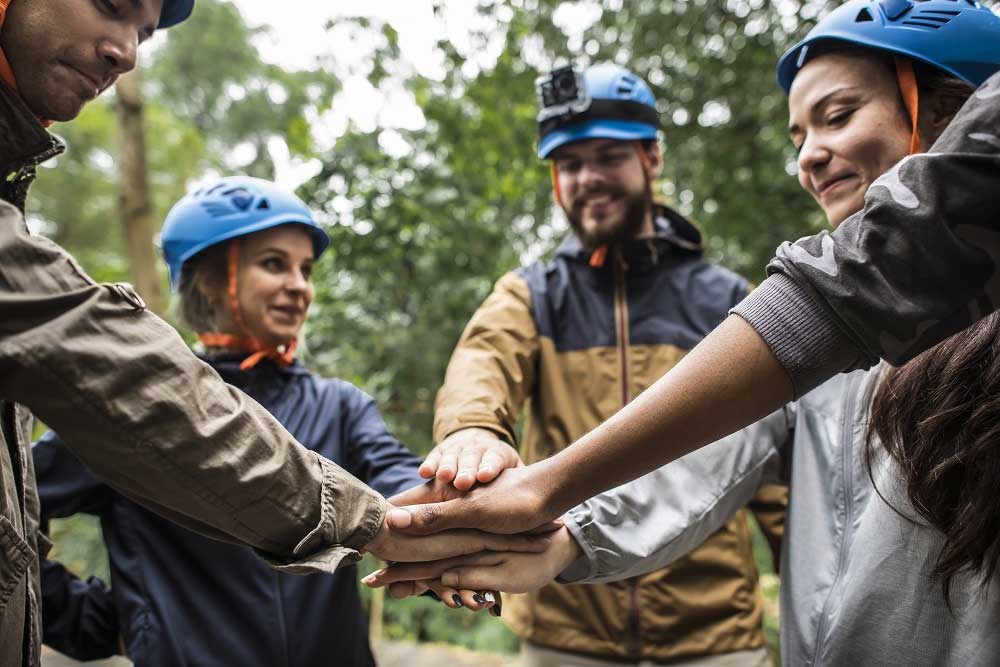 How to organize a team building?

First question to ask yourself: do you want to organize your team building within your premises or elsewhere? Next, determine your budget, this will allow you to narrow down the list of possible activities.

Finally, try to figure out how many people will participate. Effectively, the goal of team building is to create cohesion, so it can be counterproductive to make exit mandatory, leaving the door open to refusal.

All you have to do is choose the event. Sports activities are a great team building classic: tree climbing, orienteering, the Olympics, or even paintball, the choice is yours.

Escape game, scavenger hunt, even scavenger hunt, fun activities that require global thinking to solve a riddle are an excellent way to create a spirit of solidarity among participants.

If you want to honor the French terroir and delight everyone’s palate, you can opt for a wine or beer tasting course, a cooking or mixology workshop. As for unusual activities, pétanque and ax throwing are becoming increasingly popular.

Some vendors simply build differently than others. They apply an Read more

Start Your Own Business – Everything You Need to Know

The self-employed scheme has several advantages: Self-employment is easy and Read more

How To Protect Your Business Idea

Intellectual property theft is a nightmare for any business, but Read more

How To Make Money On Pinterest Without Having Blogs?