Un Assumpte Privat premieres next Friday, October 16, on Amazon Prime Video as the platform’s new Spanish fiction bet, led by a gorgeous Aura Garrido. What can we expect?

You can see A Private Matter here

A Private Matter is Amazon’s new co-production with Bambú. Frustrated cinephiles have had the opportunity to watch the series in its entirety, and the taste left in our mouths is surprisingly good.

The series starts with a somewhat eclectic pilot where not all the strong points that the series has are shown, and it is from the second installment that it finds balance. In fact, it falls on the need to add to the end credits, a preview of what will be seen throughout the first season, which does not happen again.

A Private Matter counts among its most obvious and obvious references the graphic comics of Tintin, the Pink Panther (in the vision of Blake Edwards). The tone of the series is that of those light adventures, where the secondary characters act as comic relief, while the plot is interwoven by solving one mystery to introduce us to the next one.

The series is so far the biggest leap in quality in terms of Bamboo productions, as it represents the ultimate stylization that a product of this type can achieve. The series gets rid in a certain way of the channels of open television; being relatively general this fact is quite an advance. Evidently the wheel is not reinvented, not reaching levels of quality like the flagship series within Movistar+ in terms of native fiction (“Look what you’ve done”, “Arde Madrid” or “Antidisturbis”, to give examples of genres various).

Marina (Aura Garrido), the protagonist, is one of those magnetic characters, with a hook. Feminist, empowered Rose in Titanic style; because society expects something from her that she is not willing to comply with, skipping along the way all the socially established norms. Is this ultimately a twist on the Manic Pixie Dream Girl, bringing this type of cliché to the present day? Marina is aware of her weapons as a woman, and knowing that these are the cards that have been dealt to her, she uses them to develop in a man’s world without becoming one. The design of the character itself, the characterization, clothing, make-up, transport us to a kind of Carmen San Diego, they are their own identity, very much ours, very much from here. The gestures that are so his, the mannerisms (blessed puff of bangs). The Navy has all the credentials to be an icon, a brand in itself. 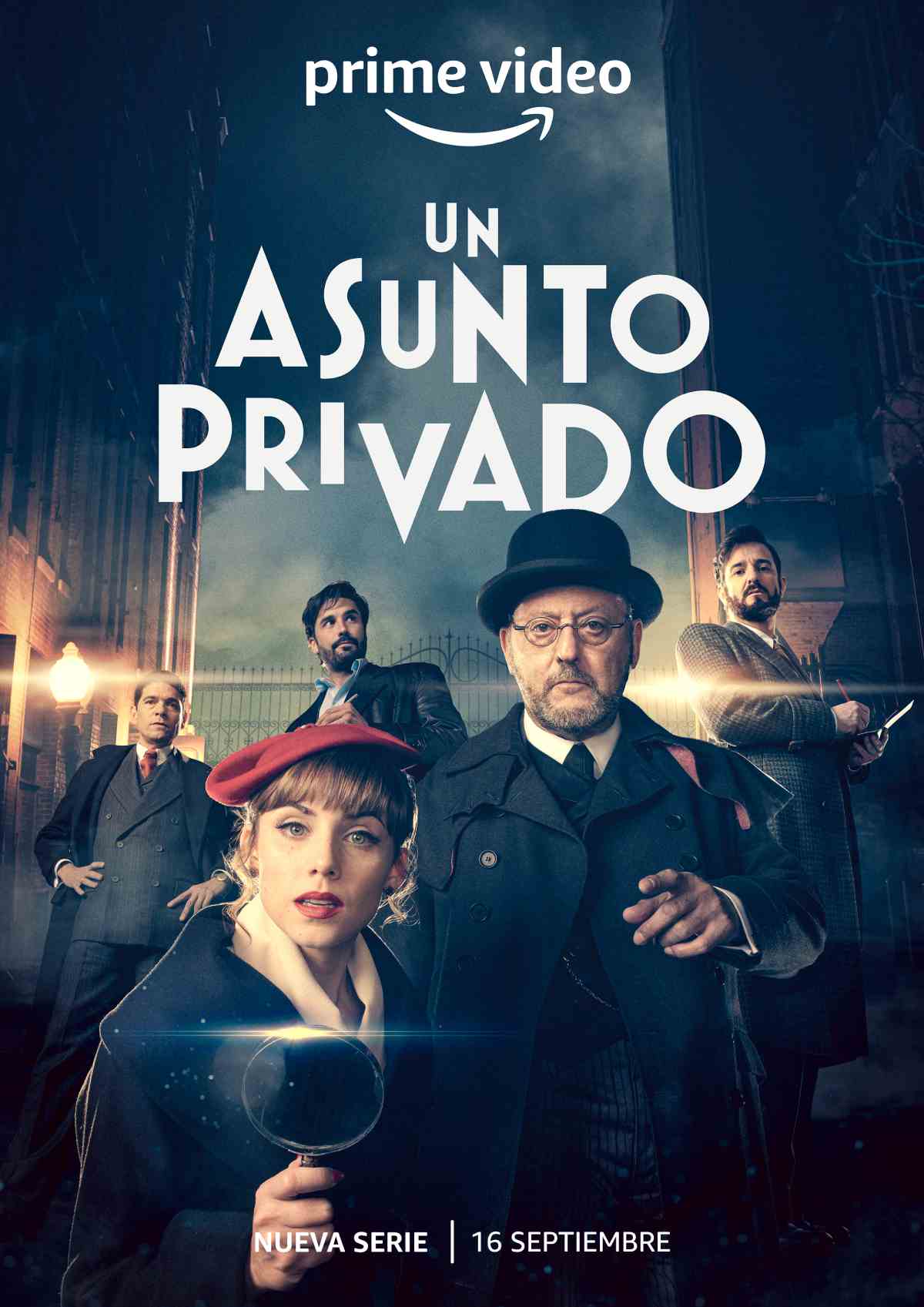 The series is well produced, well designed. A Private Matter, despite not being a big-budget series, maximizes resources by achieving a believable physical world, especially at night. In contrast to other fictions, the series manages to portray the night masterfully.

Some luxury secondaries stand out. Jean Reno, as a kind of Captain Haddock, and Ángela Molina, who in her role as histrionic mother makes us feel that there is a whole world to discover behind it.

The negative counterpart comes from the love plot. The series does not need to fall into certain clichés, and in fact even contradicts itself in the discourse: the character is clearly self-sufficient, responsible for himself, a feminist, a love interest is included. It’s a shame because Gorka Ochoa’s character is genuinely funny and the actor is downright good. However, in relation to the plot it is completely unnecessary.

In short, Amazon is in the right direction, unlike previous series that weren’t bad, but didn’t have anything to stand out either; so both El Cid and Without Limits could have been broadcast on Telecinco perfectly. Un Assumpte Privat is the best series of Spanish own production to date, without a doubt. It has room for improvement, but there are no systemic flaws, and no core flaws that aren’t fixable for a second (and possible?) season.