Genius schooleighties youth film starring ‘Iceman’ Val Kilmer himself, stars in our next entry in our 80s special. A review of films that are light in appearance but that brought a little more.

In the middle of a pandemic, and many hours locked at home, at Frustrated Cinéphiles, we inaugurated a section called Special 80s: a review, as the blurb indicates, of films of the youth genre but that were a little more. The equivalence, due to its escape to the limits of the given cinematographic genre, to what would be a exorcist (terror), The apartment (romantic comedy) o dirty harry (police action). Ok, I admit it, we have spent three villages with the examples but understand me. Here’s the idea: Genius school is, of course, another film in the never-ending 1980s youth genre. But it is a little more: and we already find it in its very premise. 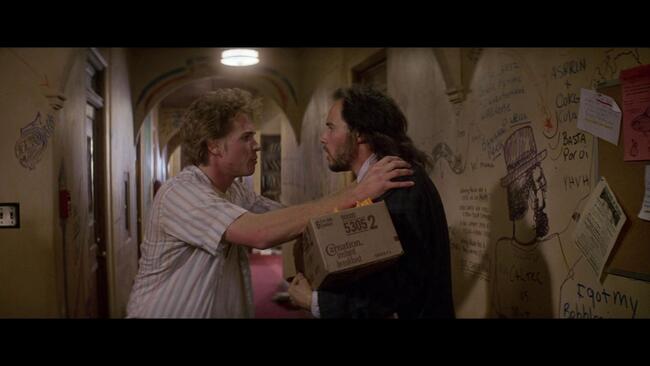 If in previous installments we find these extras in the form of emotions (secret admirer), formal reasons (Risky Business) or simply an exceptional script (The Breakfast Club), in School of Geniuses what we have is a key initial twist on the premise: yes, it’s a bunch of college guys screwing it up in the fraternity but in this case we have gifted people enrolled in a high-level oriented faculty to sciences So there is no swagger here at the expense of being lazy: there is swagger (with pranks, parties, masculinity in search of female fun etc) but coming from privileged brains capable of, for example, building a skating rink in the bedrooms with a special gel that dissolves in a gaseous state and leaves no trace.

And what is it about? Mitch Taylor (Gabriel Jarret), a gifted teenager, enters a university full of science students. His task, in addition to studying, will be to help the most talented student, Chris Knight (Val Kilmer) in the construction of a high-power laser. What they don’t know is that this project actually belongs to the CIA’s secret plans to build a weapon capable of annihilating a person from space. 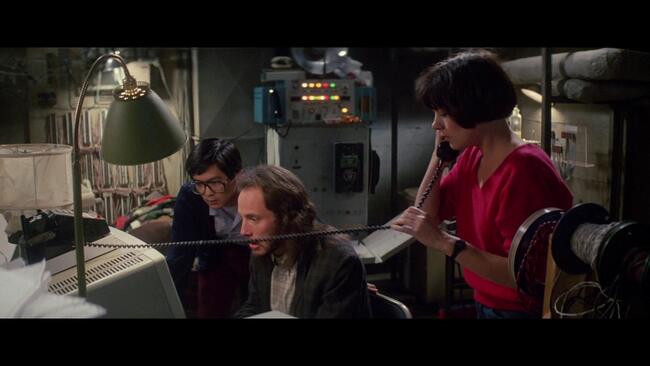 School of Geniuses, beyond the premise, bases the rhythm on agile and funny dialogues, as well as on charismatic characters (this three-dimensionality is already asking a lot and almost does not happen in a film of this type). Chris Knight (Val Kilmer) falls well despite being the classic prankster on top of which is utterly attractive. The cool guy. very cool Mitch Taylor is more bland but he’s Knight’s Scottie Pippen (Bulls and NBA fans out there?). Jordan Cochran (Michelle Meyrink) is completely lovable: her inability to sit still as she invents all sorts of contraptions and especially her edgy, antisocial exchanges with Mitch are pure gold.

And the garnish eighty? Present and guaranteed enjoyment now that the eighties are so fashionable. The own soundtrack of Thomas Newman opts for an instrumental of the synth wave type, similar to Tangerine Dream’s model Risky Business (although its presence is limited). The inevitable musical moments in which the montage of scenes mixes with pop themes of the moment (then they were of the moment, yes) have a remarkable duo: the Number One by Chaz Jankel, how much they’re all studying for finals while trying to finish the laser, and the final number (no spoilers) that we’ll discuss later.

By way of finishing, and never better said in this case, Genius school refers to the prologue and the premise to execute a vibrant and entertaining third act. The moment they realize their success, and because it will be used by the government, it turns into a kind of urban guerrilla counterattack passed through the filter of these gifted brats. The last sequence, possibly the most famous of Genius school, with the millions of popcorn emerging from the house is a must-see. At this moment, of course, the definitive musical montage occurs with one Everybody Wants To Rule The World, by Tears For Fears, while the children play throwing themselves on the popcorn like it’s snowing tomorrow. And you think watching this movie was worth it.