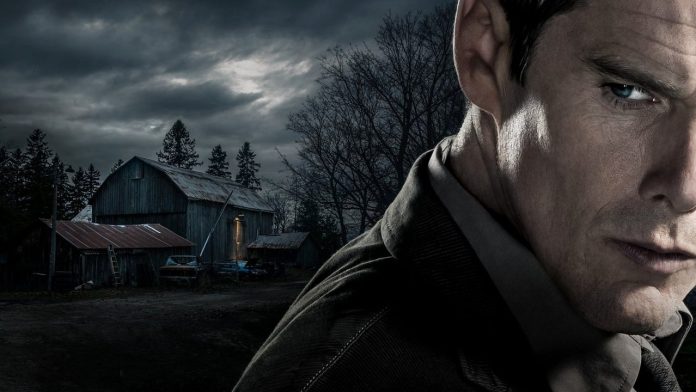 The long-awaited return of Amenábar to the cinema was the big event of the year. And also the biggest disappointment. The question everyone was asking was… But what is this? It’s really the same as open your eyes? This director was not the one who shot The others?

And yes, it was, but not anymore. And it’s not like that because Amenábar has already lost its freshness. Pretending to return to the films that gave him fame is no longer possible. It’s not if he doesn’t have the same illusion and vision of the world and cinema… So he’ll only create a cardboard product, a kind of dissected animal. Yes, it’s an animal… but it doesn’t lack life. And this has happened to regression.

Claiming Alejandro Amenábar (even if it seems like a lie)

Which by the way, Amenábar has lost his freshness and desire to work. 6 films in 20 years, and in a decade only 2. Can you be lazier? And more than that will be seen what happened to him with this film. But with everything, a film of Amenábar with Ethan Hawkes i Emma Watson he must have something good to hold on to. And since no one has done it, we have.

Because regression it has more good things than meets the eye.

1: Because Emma Watson is such a good person that she tried to minimize the criticism towards Amenábar… Making it all towards her.

I don’t think he did it on purpose, but at least it gave Amenábar a breather. Every time it comes on screen, all the toads and colobus you’re unleashing on the director suddenly have a new victim. What do I say victim? The victims of regression it was us Couldn’t it be that Amenabar could have imagined that what he had in his hands was going nowhere and decided to charge the dead to Watson? I imagine it in plan… “Yes, beautiful. make this face Today, what a good mushroom expression. This, this is. Magnificent.”

But no, Amenábar. If you did it that way so that the criticism started with it, it only worked for you in part, because yours also has telita.

PS: I was supposed to defend the movie, but so far no one would say that…

And it was seen by 1.42 million Spanish viewers. Spaniards watching Spanish cinema. I know it sounds very prosaic, but cinema in this country needs good films, but also regressions The more sanitized the industry is, the more cinema will be produced, the more opportunities for new directors. without one regression there won’t be another one Thesis. What it didn’t deliver was profits. It didn’t even manage to recoup the investment, but we’re covering the good stuff.

3. Because it was seen in 20 different countries.

20 countries watching a Spanish film. Yes, they saw her because she looks American, but they saw her. Well, not even by selling to 20 countries did they recover the investment.

And I still have to find two more reasons…

4. Because it would have a great remake

I’m watching it. HBO, new season of True Detective about hypnosis, regression, sects… I see Cary Fukunaga resuming the series based on Amenábar’s film. But Fukunaga, HBO gentlemen. Fukunaga. No Amenábar No, no. Fukunaga. 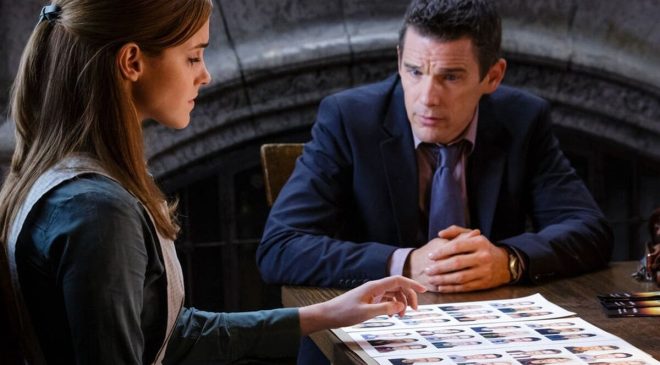 5. Because it was (another) turning point in Amenábar’s race.

After this failure, Amenábar had to rethink where he would go. Because he had failed at what he was good at, suspense, because that’s why he failed at what he was bad at, historical cinema. The fact is that it did not go badly with As long as the war lasts. It’s strange that he didn’t know how to bring a film with the Amenábar label to fruition, but a film by a random director.

Be that as it may, Amenábar can always take a new direction in his career, and it won’t be any worse. This peace of mind at least has some. There are many genres, many themes, many approaches, he has already written a page in the history of cinema and no one will erase that. You can experiment and fail all you want. He is rich, he can devote himself to filming whims and he will hardly do worse than regression.

And this was also supposed to be a defense… Alexandre, I know you’re reading me, I swear I admire you the most. The first thing I visited in Madrid was not the Prado Museum, it was the Faculty of Information Sciences because I wanted to see the stage of Thesis. Let’s see who will tell you that. I got involved with a friend of yours (since I didn’t know at the time but feel, it all adds up).

Wow, that last one sounded a bit a Single White Female Seeking… now I don’t just hate you, I scare you, but seriously, Alexandre. You still don’t catch my sense of humor, but you will always feel my admiration.