The Council of Ministers has authorized this Tuesday the territorial distribution of funds to consolidate personalized precision medicine, with a first installment of 40 million euros that will be used to develop the plan known as 5P. 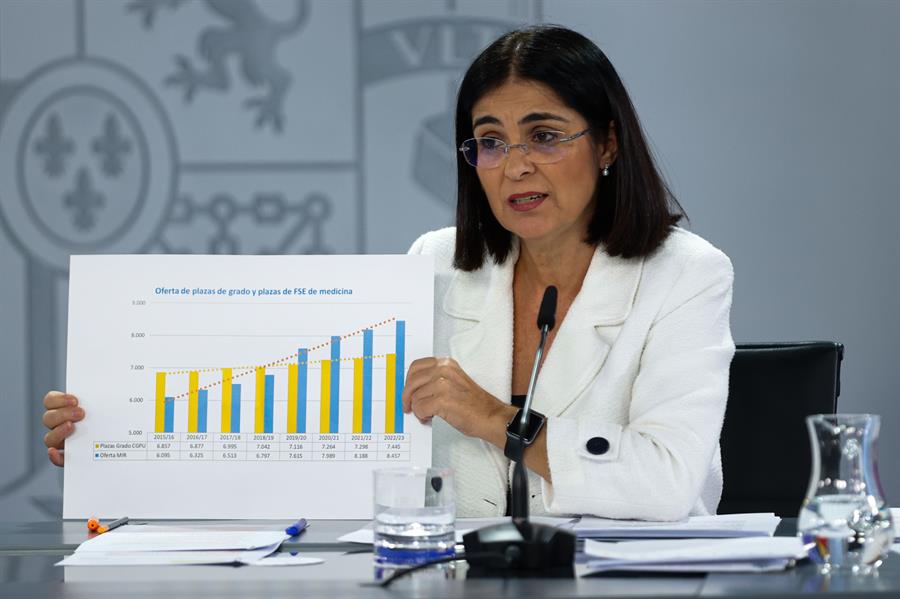 The Minister of Health, Carolina Darias, intervenes during the press conference following the weekly meeting of the Council of Ministers, this Tuesday in Moncloa. EFE/ Marshal

The Minister of Health, Carolina Darias, has informed in a press conference that the distribution of the 40 million euros of this Precision Medicine Plan will be made to the autonomous communities according to the agreement with Farmaindustria “to start the entire medical system more innovative, safe, efficient and precise”, based on genetics and genomics.

It is known as 5P medicine for the initial letter of “personalized, predictive, preventive, participative and population” and, as Darias remarked, “will represent an almost à la carte medicine”.

It will continue in 2023 with another 60 million euros if the budget law now in the parliamentary process is approved, which includes this item that completes the 100 million launch of the program.

“Genetic tests are a tool of enormous value for early diagnosis and to improve the prognosis in diseases of high health and social impact, such as rare diseases, oncological diseases and even undiagnosed diseases”, pointed out the minister

They are also useful for pharmacological treatment, as is the case with specific biomarkers that give more efficiency to the use of medicines, he added.

Screening tests at any age, for example, will be incorporated into the portfolio of benefits of the National Health System (SNS), specified Darias, who detailed that the launch of the 5P Precision Medicine Plan consists of three phases.

First of all, the SNS portfolio in genetic matters has been updated, as approved by the Inter-Territorial Council in December 2021 and the update of which will be effective when the ministerial order is published “soon”.

Once the update of the portfolio is completed, it will be specified in the catalog of benefits, “so that anyone anywhere in Spain can have in the catalog which type of genetic tests they are entitled to”.

For this reason, the ministry is “working in eighteen specific thematic areas” and “the first to see the light of day will be that of oncohematology at the beginning of 2023”, pointed out the Minister of Health.

The third phase will be the organizational part of the model, for which Darias hopes that it will be done “in a coordinated and cohesive way in all the autonomous communities”.