The cell is the most basic form of life that can exist. For example, the simplest organisms are bacteria and archaebacteria, unicellular beings that can get their food and reproduce on their own.

Protozoa and yeasts are other beings that are unicellular, but have nuclei and organelles. Plants and animals are made up of thousands of cells, with different characteristics and functions.
Here are several examples of cells. 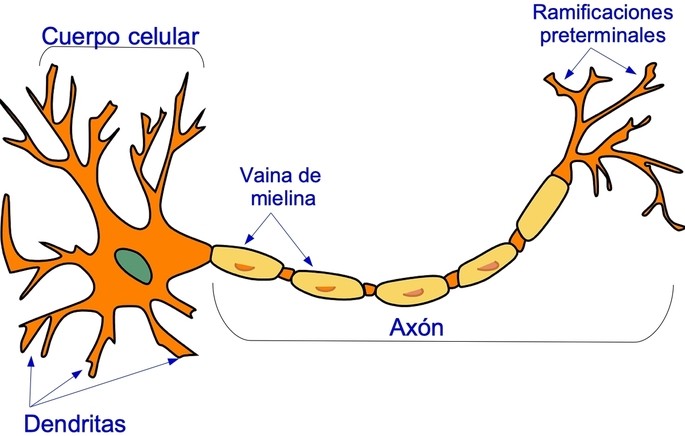 The neuron is the quintessential nerve cell. It is a eukaryotic cell that is characterized by having a cell body or soma from which come extensions, some short and branched, known as dendrites, and another long, called an axon.

Dendrites increase the chance of receiving contacts from other neurons. The axon can vary in size, from a few millimeters to more than a meter. At the end of the axon the preterminal branches are formed, ending in the terminal bulb or synaptic bud.

The neutrophil is a type of white blood cell or leukocyte, the cells responsible for protecting the body from invading agents. It is a eukaryotic cell that has a nucleus divided into lobes joined by chromatin wires, so they are also called polymorphonuclear.

Neutrophils measure between 10 and 15 µm and are circulating in the blood. They move actively and have a great capacity for phagocytosis to capture and destroy particles. The cytoplasm has granules that enclose enzymes that digest different compounds.

The red blood cell or erythrocyte is the cell responsible for transporting oxygen from the lungs to the tissues, and carbon dioxide from the tissues to the lungs. It fulfills this function thanks to hemoglobin, a protein that has iron.

It is the only cell in the human body that has no nucleus, because it loses it when it enters the blood. It originates in the bone marrow from hematopoietic stem cells (blood cell formers). When the maturation process ends, it passes into the bloodstream where it fulfills the function of gas transporter.

The sperm is the male gamete of most animals. It is a haploid eukaryotic cell, that is to say, that owns half of the genetic load of the species. It is usually characterized by a small body with a long tail, which gives it mobility.

Sperm are produced in the testicles of mammals. Its main function is to participate in fertilization, by fusion with the egg. 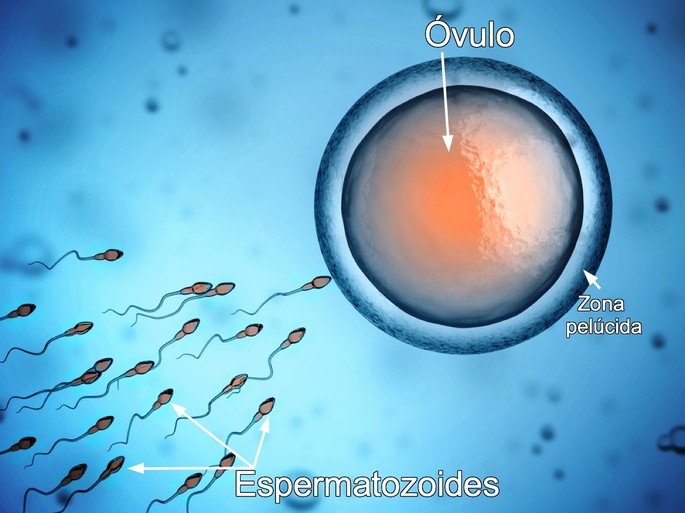 The egg is the female gamete of animals and plants. Like the sperm, it is a haploid cell with half the chromosomes of a somatic cell. It is a large, spherical cell with a large nucleus.

The eggs are produced in the ovaries, the female reproductive organ. It participates together with the sperm in the fertilization.

The megakaryocyte is a very large cell found in the bone marrow. It is characterized by a large polyploid nucleus, that is, it has a chromosomal load greater than 2 sets of chromosomes (2n), it can reach 64 n.

The main function of the megakaryocyte is the formation of platelets, which are responsible for the process of hemostasis and blood clotting.

They are the cells that produce melanin, the pigment that gives color to the skin. These are found in the epidermis and hair follicles.

The melanocyte has a rounded cell body from which extend extensions that extend between the other skin cells. It is the only cell with a specific organelle, the melanosome, where melanin synthesis occurs.

Smooth muscle cells are found in the blood vessels, airways, and digestive tract. They are the cells responsible for the dilation and contraction of these organs.

They are elongated, with sharp ends, of variable size. They usually appear in groups, forming layers of cells. They have a nucleus that is also elongated in the direction of the cell. The cytoplasm is occupied by actin and myosin filaments, which are responsible for cell contraction. 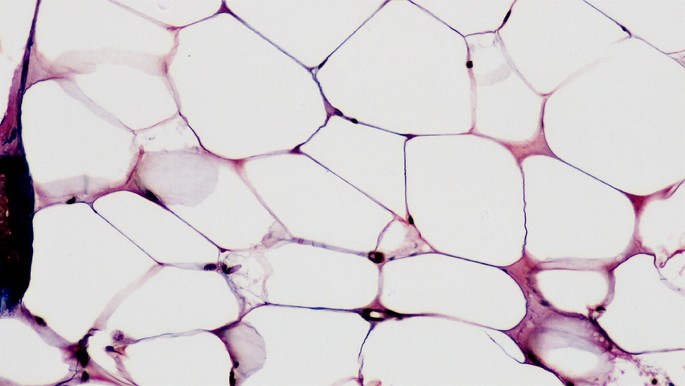 They are very large cells, with the nucleus flattened against the plasma membrane and a thin line of cytoplasm surrounding a large drop of lipids. Its function is to store fat.

Adipocytes are grouped in adipose tissue, which accounts for one-fifth of the weight of a person with a healthy weight.

10. Parietal cells of the stomach

These cells are found in the glands of the stomach. They are large and rounded, their core is round and central. It has many mitochondria and small intracellular channels are observed in the cytoplasm.

Parietal cells are responsible for the secretion of hydrochloric acid in the stomach. They also produce the intrinsic factor that promotes the absorption of vitamin B12.

The yeast Saccharomyces cerevisiae is a eukaryotic unicellular organism, belonging to the kingdom of fungi. It is known as yeast because it is responsible for the production of bread, as well as wine and beer.

You may also be interested in seeing Aerobic and anaerobic breathing.

The Candida albicans it is a yeast of the fungal kingdom. It is found in the intestines and skin of humans without harm, but can become pathogenic in people with immune problems. It is the agent responsible for fungal infections such as canker sores and vaginal infections.

The species Penicillium roqueforti it is the fungus that gives Roquefort cheese its characteristic appearance. It is a saprophytic fungus, that is, it feeds on decaying organic matter. It is found in soils and woods in forests. 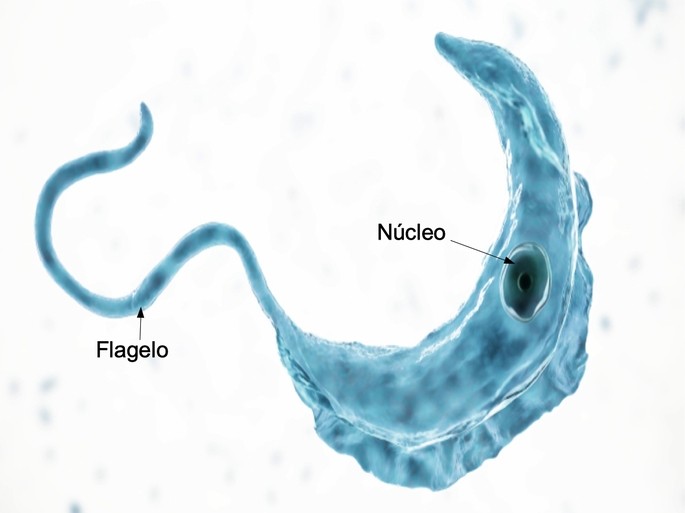 He Trypanosoma brucei is a parasitic protozoan, causing sleeping sickness in Africa. It is a eukaryotic cell with a nucleus, mitochondria and a cytoskeleton that gives it its characteristic elongated shape. Its mobility is due to its unique scourge.

This parasite is transmitted between mammals by the tsetse fly. When the fly bites an infected animal, the protozoan passes into the insect’s gut and then into the salivary glands, ready to infect another animal in the new bite.

In mammals, the parasite survives in the bloodstream by hiding from the immune system.

This is an archaea, a prokaryote of the kingdom Archaea, whose most striking feature is the square or rectangular shape. It was discovered in 1980 in Egypt.

He Haloquadratum it is halophilic, meaning it likes to live in environments with high salt levels. That is why it is easy to find in the salt lakes of the world.

They are prokaryotic cells of the kingdom Archaea. It is the smallest archaea discovered so far, with a diameter of 350 to 500 nanometers (almost 10 times smaller than a bacterium).

He lives in association with another archaea, the Ignicoccus hospitalis, from whom the lipids are obtained. The genome of the N. equitans is one of the smallest detected. 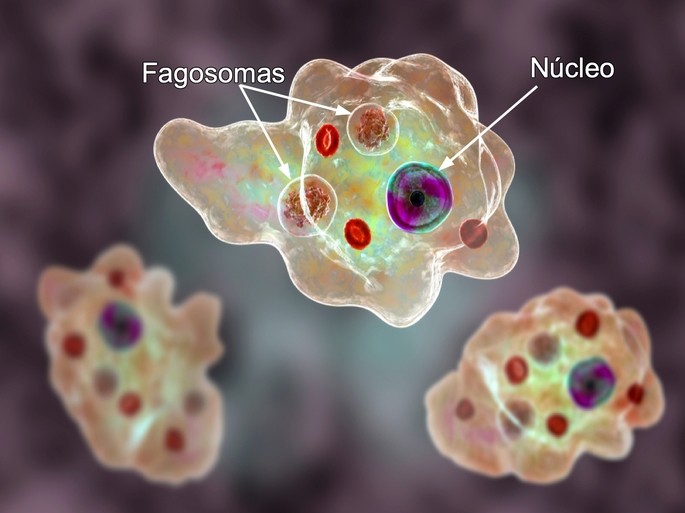 The Entamoeba gingivalis is a eukaryotic protozoan. This amoeba emits pseudopods to move and trap its food, which will then be digested into phagosomes.

The E. gingivalis it has been found parasitizing in the mouths of humans, sometimes causing disease in the gums.

It is the causative agent of cholera, a disease that causes watery diarrhea. It is an example of a prokaryotic cell that has no nucleus.

He V. cholerae is a Gram-negative bacterium, with a characteristic comma-shaped bacillus and a polar flagellum, which gives it great mobility.

You may also be interested in seeing Archaea and Bacteria.

Probably the Escherichia coli is the best known bacterium. It belongs to the family of intestinal bacteria, so its presence is associated with contamination by feces.

The E. coli is a Gram-negative, cylindrical bacterium, easy to grow in the laboratory and fast growing. It is used for genetic recombination experiments. 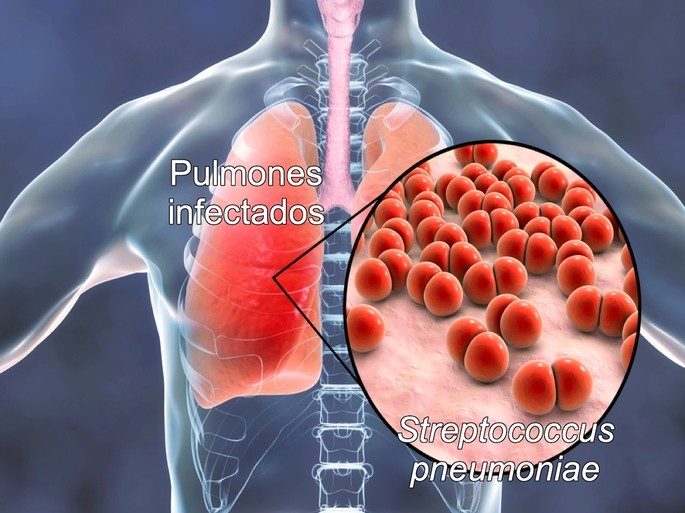 He Streptococcus pneumoniae or pneumococcus is a prokaryotic cell, belonging to the kingdom of bacteria. It is spherical or oval, less than 2 micrometers. They are usually found in pairs (diplococci) or small chains. It has a cell wall characteristic of Gram-positive bacteria.

Pneumococcus is responsible for infections such as pneumonia, meningitis and otitis in humans.

21. Cells of the plant parenchyma

Parenchyma cells are plant cells that are characterized by having a very thin cell wall. We can get them from the petals, fruits, seeds and other soft tissues of the plant.

The cells of the parenchyma have the ability to divide by mitosis, so it is in areas of repair and growth. In some cases, the parenchyma also serves as storage, as in the root of some plants where starch is deposited in granules.

You may also be interested in seeing Monocotyledons and Dicotyledons.

The Vorticella is an example of a unicellular eukaryotic cell. It belongs to the realm of protozoa and is characterized by having a bell-shaped cell body, with two bands of cilia in the mouth, and a stem. The cilia move to produce water flows and trap their food, while the stem contracts and allows it to move in aqueous environments.

The Vorticella was first seen by Anton Leeuwenhoek, the inventor of the microscope. Recently, it is being used as a model for micromachines based on biological organisms.